Other cruises from Silja Tallink:

Having spent the previous day at magnificent Moominworld and the night at the wonderful Naantali Spa resort, it was time to continue on our journey, this time to the autonomous region of the Åland Islands. There are regular cruises from Turku to Åland, twice daily in fact, one leaving at 20:15, and the earlier morning one that leaves at 8:15 and arrives at 13:45. Both ships continue on to Stockholm. As we wanted to get the most out of our short stay in Åland we had chosen the morning cruise. It was just a 15 minute drive from the spa to the terminal. 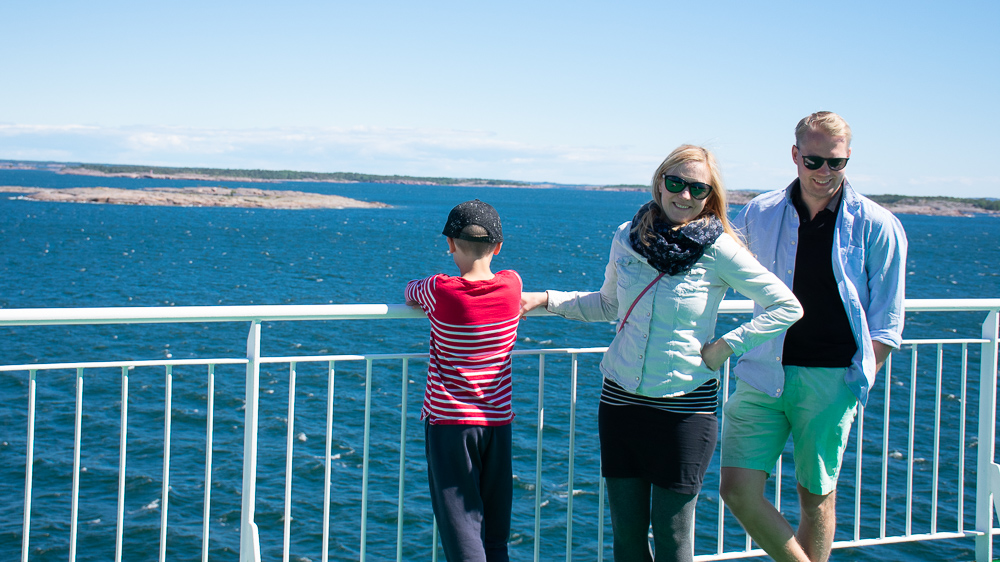 All Aboard the Galaxy!

The ship going over was the Galaxy, a massive liner with 1,000 cabins that can easily accommodate 2,800 passengers. Although the journey was only a little over five hours, we had booked a Deluxe cabin, as the early start and expected activities on arrival meant we’d need some rest. We could take it in turns to manage the kids, who seem to function admirably on little sleep when we’re vacationing – in stark contrast to school days. 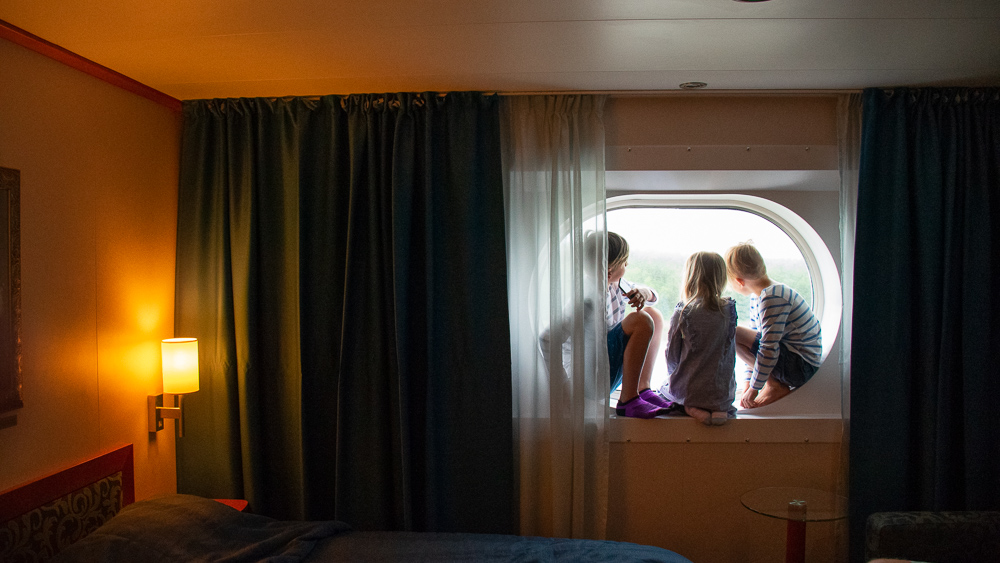 Sailing through the Turku Archipelago

The journey from Turku to the Åland Islands took us through the incredible Turku archipelago, which boasts some 20,000 islands and skerries, and has a maritime national park at its outer edge. From the harbour the ship makes its way south between Rymättylä and Pargas, the main island in the municipality of Pargas (Parainen), a town composed of five island communities. It continues on past Nagu, then between Houtskär and Korpoström, and on towards Kökar. On the top deck of the Galaxy the views over the archipelago were simply divine, the larger islands appearing like the mainland, but the seas around them dotted with smaller islands and skerries as far as the eye could see. We weren’t alone on deck, many others had gathered to take in the scenery, with cameras and phones clicking busily to capture these memories. We made a note to return when the ship was nearing Åland itself, to enjoy that archipelago too. 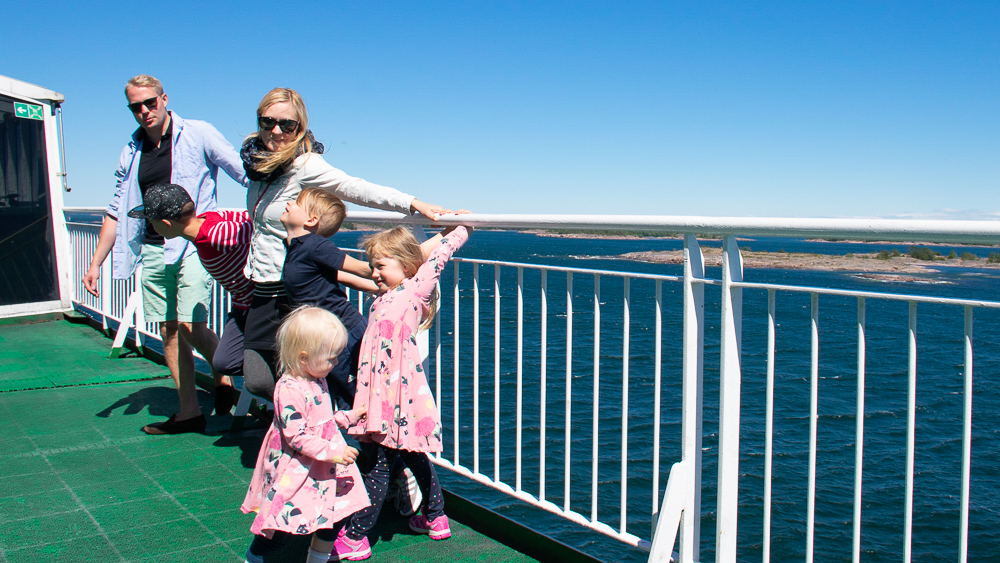 On to the other end of the ship where there was a face-painting workshop happening. There were lots of other kids there, and a queue for those who wanted to get painted, but this wasn’t an issue as there was also a disco going on and the girls danced and bounced as they waited their turn. They got their arms painted rather than their faces, which was fine by me. 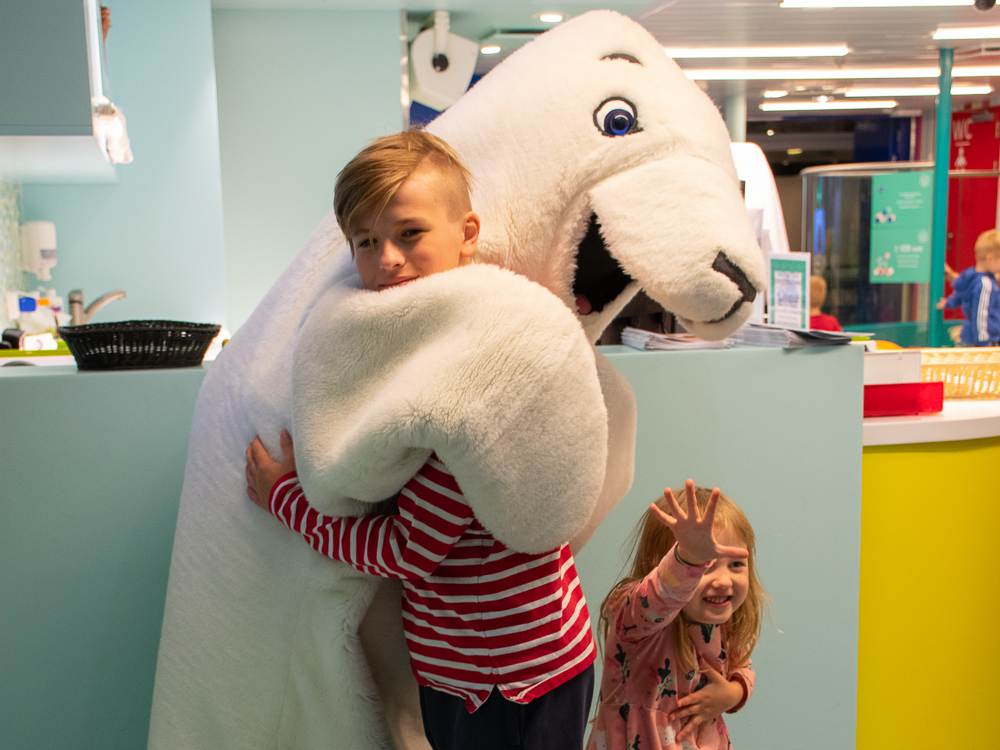 We then headed to deck 7, to sample the buffet. There was a great variety of Nordic and international dishes, hot and cold, on offer, and all the drinks, including beer and wine, were included in the price. We were lucky to find a table which faced out over the ship’s bow, so we could admire the views as we passed through the archipelago. We had just enough time after dining to check out the kids play area, which we promised them they could spend time in on the return journey. 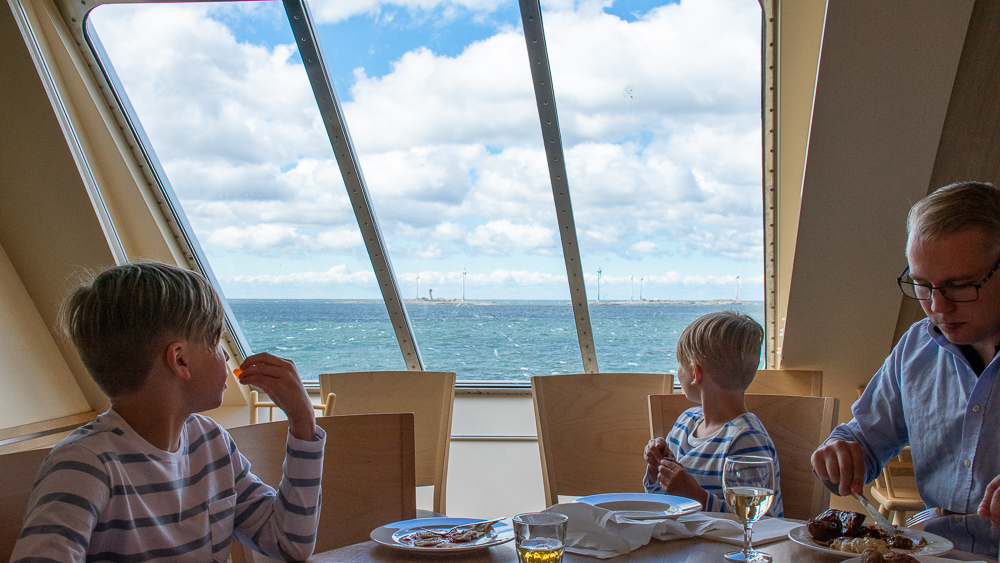 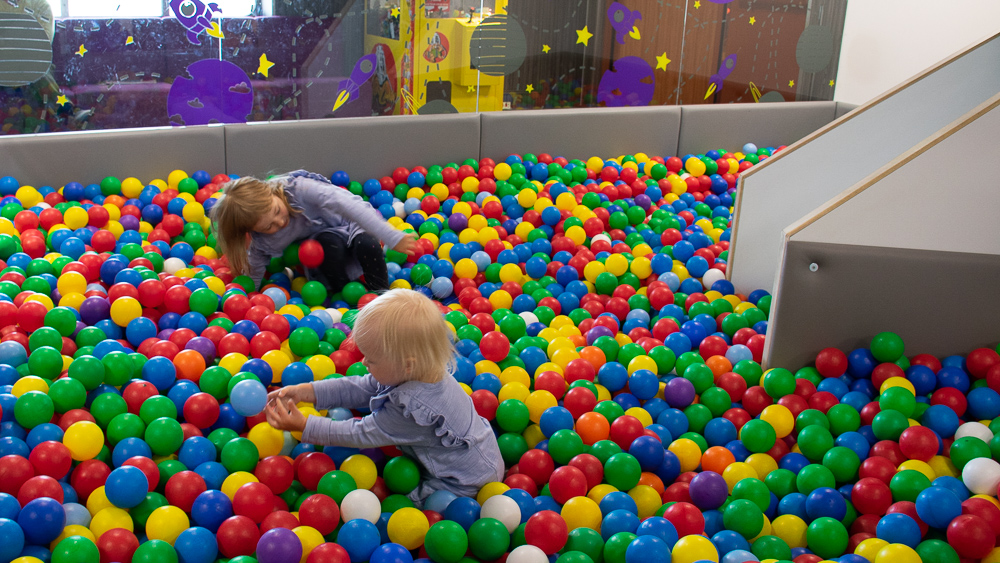 Having disembarked we found our rental car, and set off on our adventures. These included visiting the medieval castle of Kastelholm, the Jan Karlsgården open air museum and the prison museum Vita Björn, then an overnight stay in Havsvidden, followed by taking the Trollstigen Gnome trail in Geta, and finally getting to see a bit of the capital Mariehamn – all of which you can read about here.


On Board the Baltic Princess

After our all too brief time spent in Åland it was time to return to Turku, this time sailing on Silja Line’s renewed Baltic Princess, which left Mariehamn at 13:45. This was a ship I knew, having sailed on her a couple of times years ago. It turned out that since my last trip the Baltic Princess had been totally renovated, and now seemed like a different, far more luxurious vessel – the changes made were considerable. 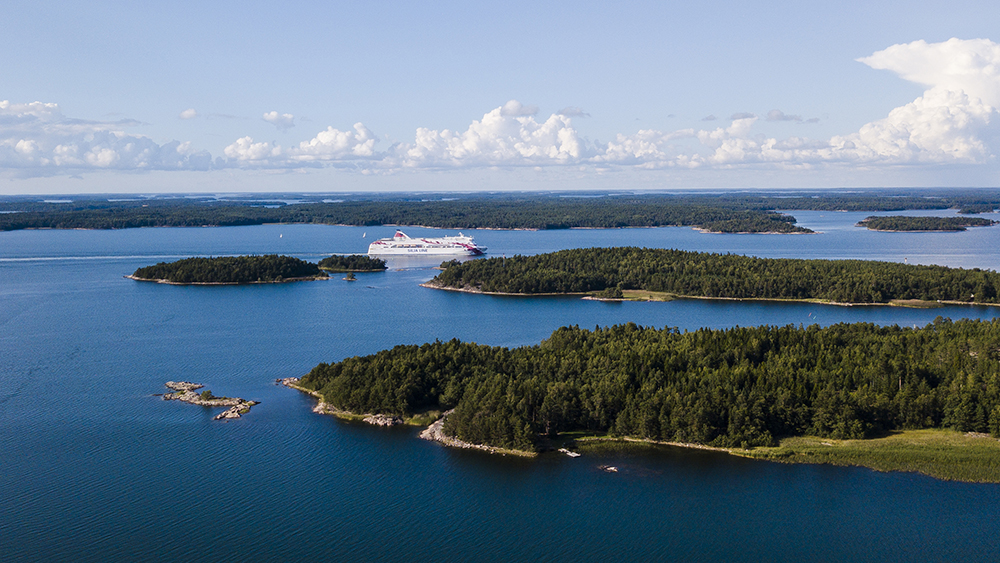 Once we’d dropped off our bags in the cabin it was time to take the kids, as promised, back to the play area. By the entrance we met Harry the Seal, the ship’s mascot, and it was time for more hugs and some photos. With that cuddly distraction out of the way we continued on to deck 5 where the play area, Silja Land, awaited.

Here they continued to other play area – Summer Center, which is open in summer – this was the huge one. Inside the play area the kids were delighted to discover that it was even bigger than the one we’d only managed to look at on the way over to Åland, it was absolutely huge, with a massive range of toys, games, and activities to choose from. There was plenty there for the little one, and for all the others too, including our almost teenage boy, and it took no time at all before they were all flying about the place – climbing, driving cars, diving into a tank of brightly coloured balls, using the slides, trying out video games, and even watching Moomin videos. It was in front of the Moomin series that our little one nodded off, and we could see that the others were also running out of steam, so we took them back to the cabin for a nap. The oldest was fine, playing a game on his phone, so we left them awhile to do some shopping. 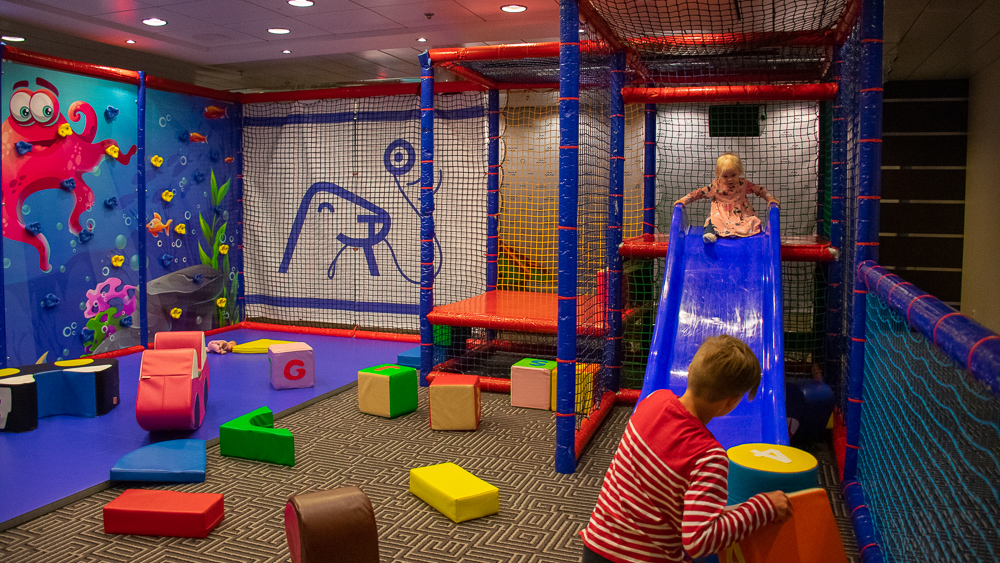 One of the most obvious upgrades on the Princess is the Fashion Street shopping area, with a section dedicated to Tommy Hilfiger, with other top brands like Converse, Desigual, Esprit, Guess, Superdry and Vans among the wide selection of clothing and accessories. I wasn’t looking for anything in particular, but I did notice that the prices were good. We continued on the the Tax Free Supermarket, which was simply immense, where there was an extensive selection of wines, spirits, beers, tobacco, candies, food, and cosmetics. Later we would bring the kids to the toy and gift store where they would be able to choose one toy each as a souvenir of the trip. 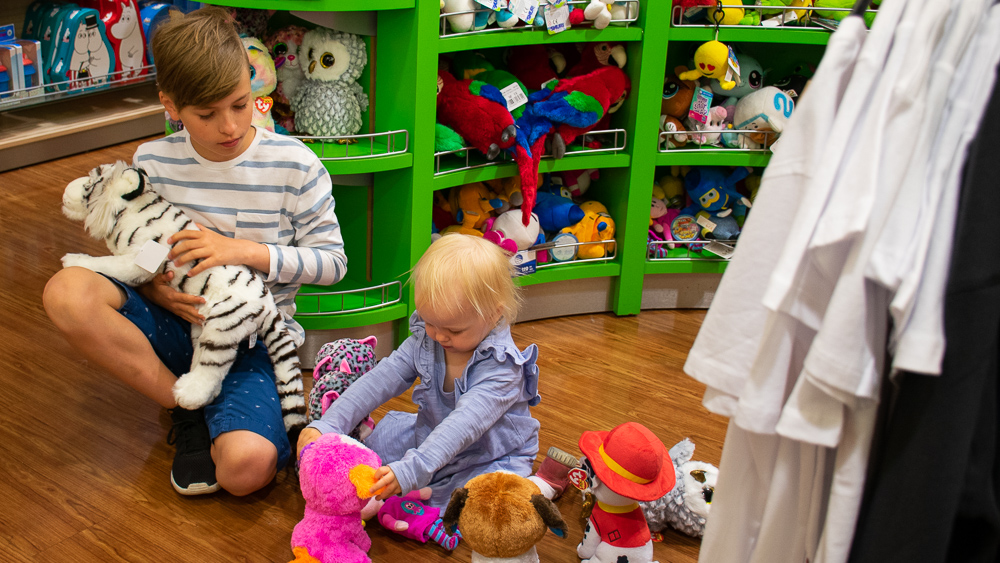 Dinner and a Show

Having retrieved the now rested and refreshed kids from our cabin, we made our way to Tavolàta, a stylish Italian restaurant with an excellent menu on deck 7. As we dined we figured out what to do for the rest of the journey. We decided that we’d check out the show at the Starlight Palace, a dance extravaganza, and see how it looked. The ship has also several free shows and live music for kids and adults to enjoy.

The show was called “Rhythms of the Nights / Dancing in the Streets”, with different dance styles from break-dancing to boogie, ballroom dancing to swing jazz, and everything in between. Each new style came with a part of the world where it had first become popular, so we saw the hip-hop freestylers in New York City, bollywood dancing in Mumbai, and flamenco from Madrid. It was a bright and colourful show, and the kids were enthralled from start to finish. Here mention that there is live music and loads of free shows for adults and kids. 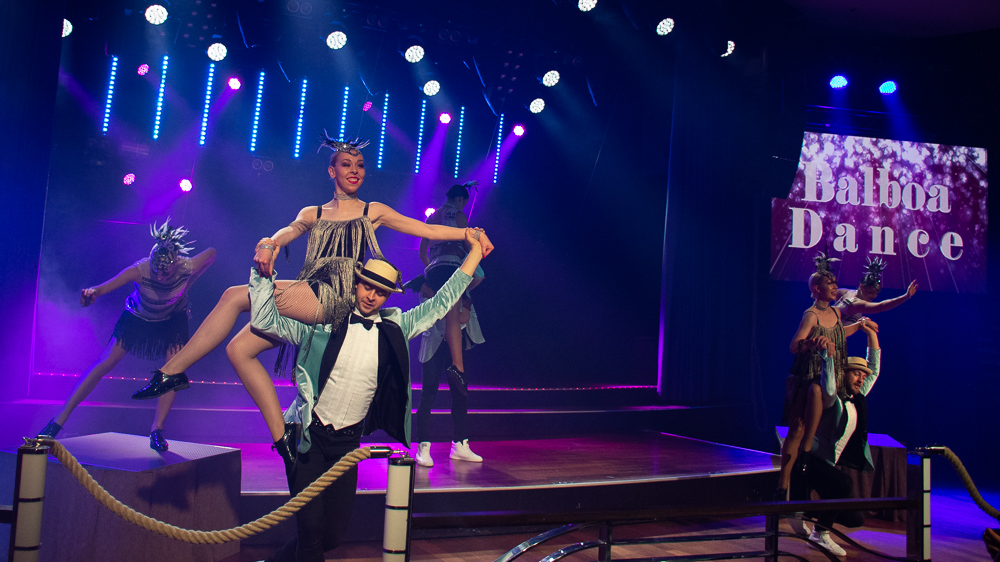 The Baltic Princess docked in Turku a little after 7pm, bringing our short family break to an end. Thanks to its array of onboard activities and entertainment, the time spent on the cruise ships was as much a part of the holiday as our time on land. The kids had loved the show and the play areas, everyone had enjoyed the food, and the range of shopping opportunities was surprisingly large even if I hadn’t actually bought much. The journey time to Åland is quite short, but Silja Line also does cruises to other cities on the Baltic including Helsinki, Stockholm, Riga, and Tallinn, where you’d have more time on the ship. All in all, we’d recommend any of them for families with kids.

Read about other destinations we visited on our vacation: 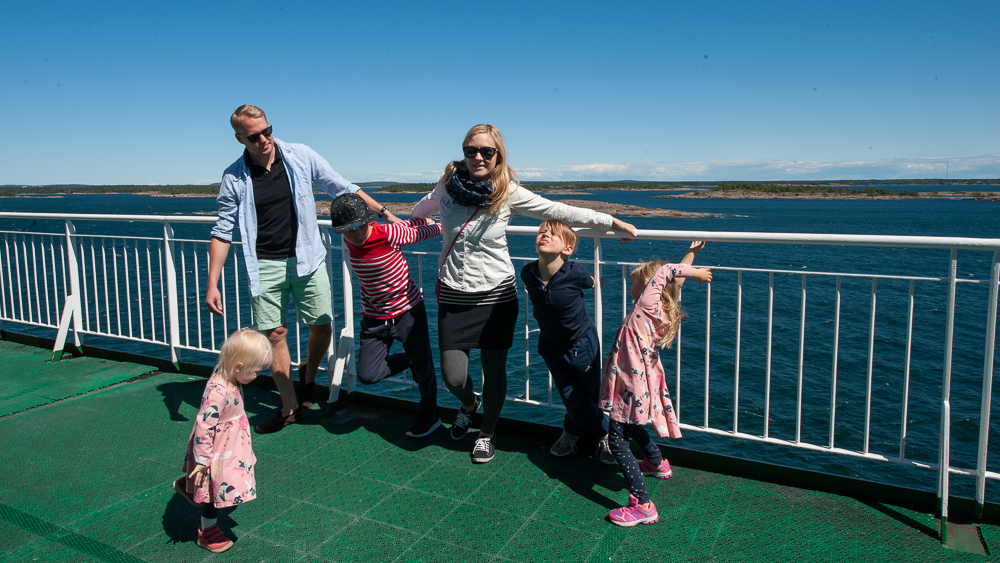 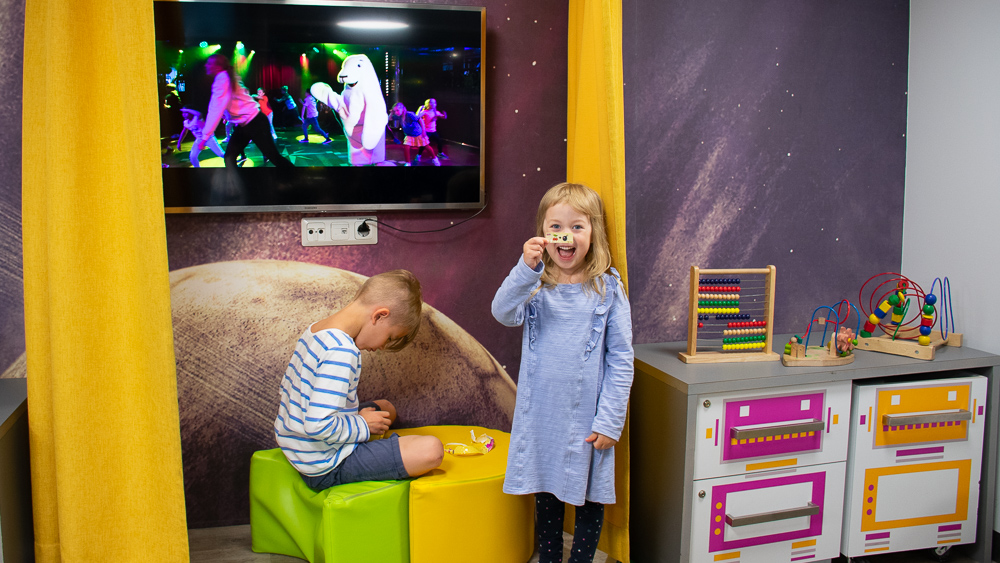 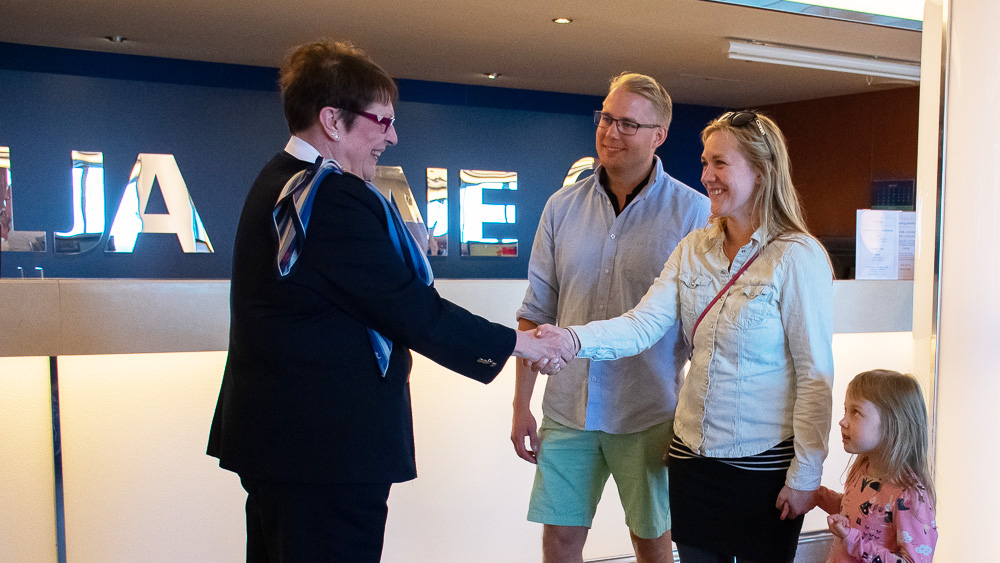