Located in the Töölö district of Helsinki, Temppeliaukio, or the Church in the Rock, is one of the city’s most popular and distinctive tourist attractions, with over half a million visitors annually. It was designed by the architects Timo and Tuomo Suomalainen, and consecrated in 1969, since which time it has attracted architectural aficionados from around the world. The appeal of Temppeliaukio has much to do with its unusual choice of form – it has been hewn from the rock that is the natural feature of the square where it is located.

Temple square was originally selected as a site for a church in the 1930s. Two competitions were held to find an architect, the second of which was won by J.S. Siren, who had already seen the successful 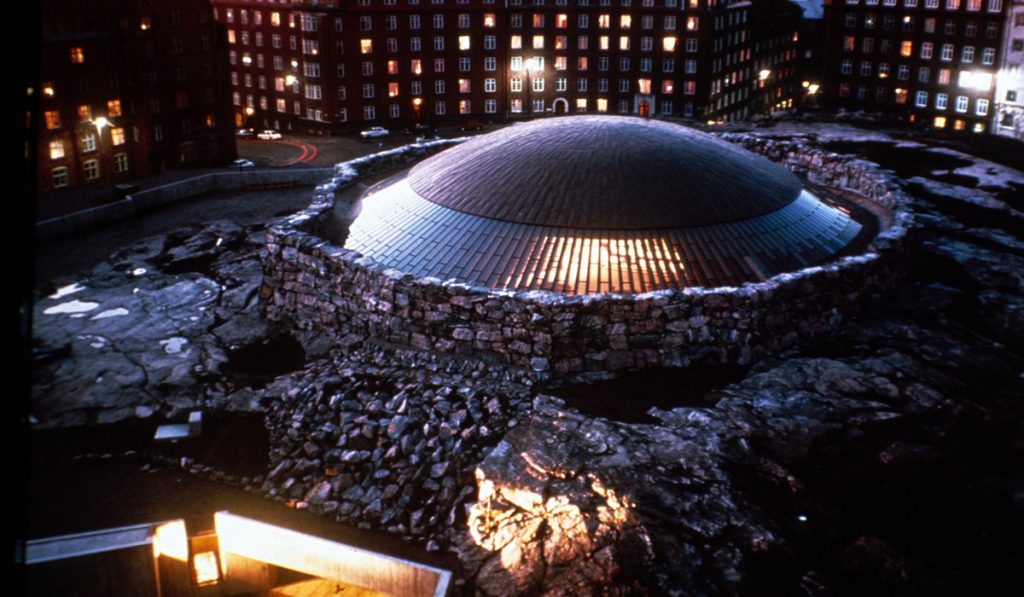 completion of the Neoclassical Parliament House located a short distance away. Unfortunately the outbreak of the second World War in 1939 interrupted the construction in its early stages. Following the end of the war Finland found itself financially burdened by having to pay Russia three hundred million US dollars, leading to further delays. A third competition was held, and won by the Suomalainen brothers in 1961, but for economic reasons the proposed plan had to be scaled back by around 25%. In February 1968 construction finally began, and the Church in the Rock was completed and consecrated in September 1969.

Despite been located beneath the ground, the interior is bathed in a warm, natural light thanks its glazed domed ceiling, and features furnishings that were also designed by the architects. The interior walls are virtually unworked rock surfaces, and this unevenness gives the church excellent acoustic qualities making it an ideal venue for concerts. This is hardly an accident; the architects consulted with the orchestra conductor Paavo Berglund who described his own experiences with the best music venues, and with acoustical engineer 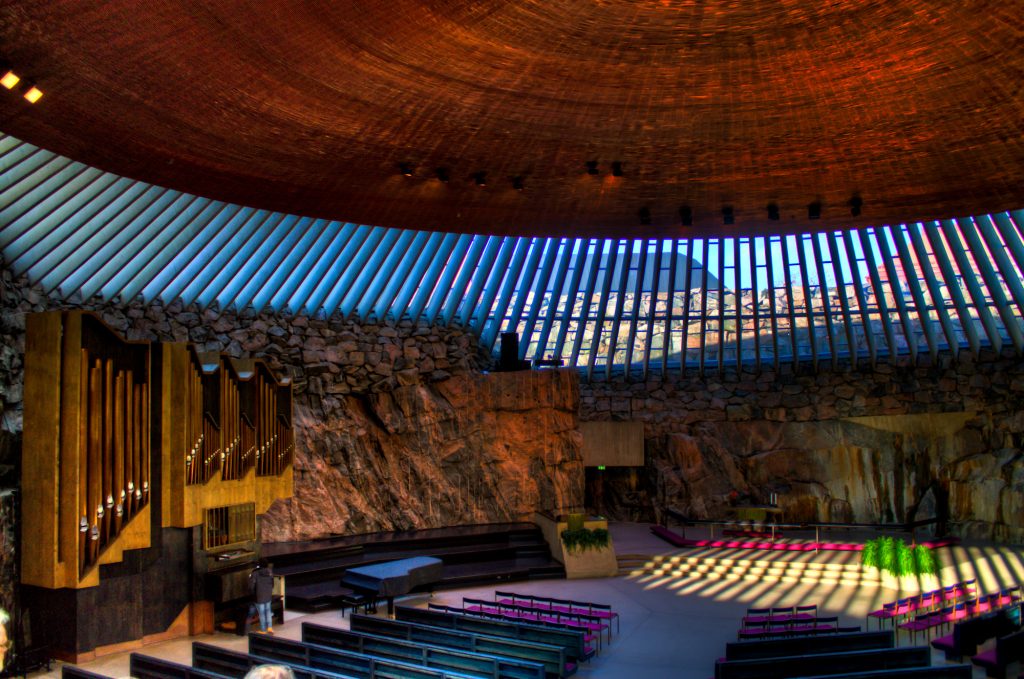 Mauri Parjo who outlined the requirements for the wall surfaces. After these consultations the brothers realised that they could fulfill all the requirements by keeping the rock walls of the church exposed. This had been their original idea when they were planning the competition entry but they had been wary of presenting it to the judging panel as they believed it was too radical!

The final result is a church that is in constant use for religious services, that delights visitors from around the world every year, and within whose walls memorable concerts are given throughout the year. Although the church has an organ (built by Veikko Virtanen, with 43 stops), it has no bells. Instead, a recording of bells composed by Taneli Kuusisto is played through loudspeakers on the exterior wall.