Finland is packed with cultural attractions for travellers to explore and enjoy! In this post we look at some of the most impressive museums and the exhibitions showing this winter and spring 2022.

The Sara Hildén Museum is the permanent home of the collection of modern and contemporary art owned by the Sara Hildén Foundation, which currently amounts to some 5000 works. Located by Lake Näsiselkä in Tampere, next to Särkkäniemi Amusement Park, the museum and its grounds have beautiful views over the lake, as does Café Sara the museum cafeteria. The selection of sweet and savoury dishes on offer in the café are home baked, and the quality coffees come from small local roastery.

Opening on February 12th, and running until May 22nd, ‘Anna Retulainen: Silence’ is a solo exhibition of one of the foremost Finnish painters of her generation, presenting works from 2003 to the present day. The works in the exhibition are organised thematically, in categories such as Still Life, Remembrance, and Meetings. In the artist’s latest works she enters into a dialogue with her previous oeuvre.

This exhibition assembled by the Sara Hildén Art Museum continues the research-based presentation of artists represented in the collection of the Sara Hildén Foundation. A richly illustrated catalogue containing articles by the researcher Juha-Heikki Tihinen and the critic Sonja Saarikoski will be published in conjunction with the exhibition. 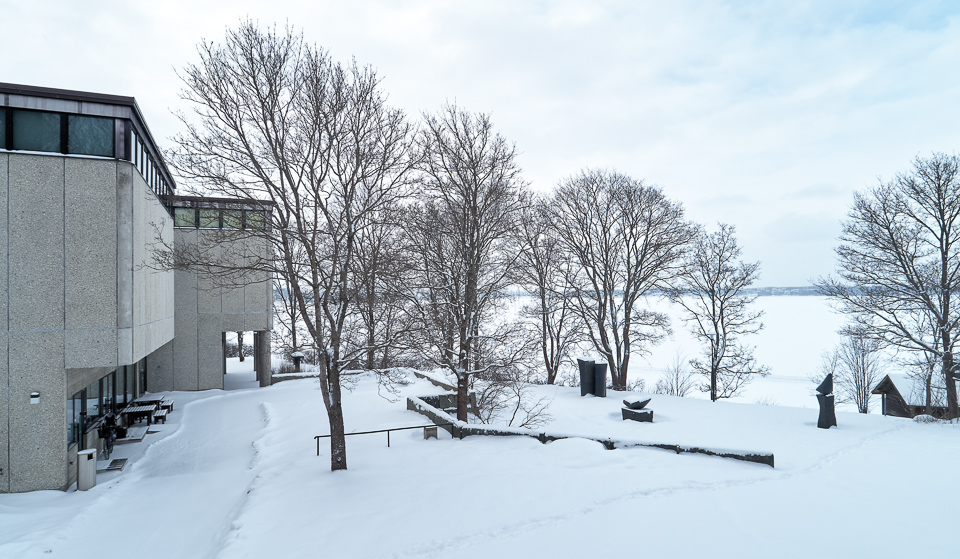 Finland’s best-known art museum is Ateneum, and also the home of Finnish art. The works in Ateneum’s collections date from the period from the 19th century to the modern age. Showing until

Showing until March 27th, the collections exhibition ‘Stories of Finnish Art‘ highlights the development of art in Finland from 1809 until the 1950s, juxtaposing the story of Finnish art with international developments in art and contemporary social events, by displaying side by side Finnish and international classics from the museum’s collections.

Also showing until March 27th, ‘Eino Ruutsalo’s Experimental 1960s‘ exhibition in the Fokus Gallery celebrates the centenary of the artist’s birth. One of Finland’s leading experimental artists in the ’60s, Ruutsalo often collaborated with musicians, poets, and dancers in the creation of his works. His film Kinetic Pictures (1962) won international praise and earned him the reputation of a pioneer in Finnish experimental cinema.

This spring, from February 10th to March 27th, there are two interlinked exhibitions on the 3rd floor of the Ateneum.

‘The Modern Woman‘ exhibition delves into the role of women in the midst of the social, political, and cultural changes during the decades of 20th century modernism, discussing the role and position of Finnish women artists of that era. The artists featured in the exhibition are Helene Schjerfbeck, Sigrid Schauman, Ellen Thesleff, Elga Sesemann, Hilda Flodin, Sigrid af Forselles, Gunvor Grönvik, Eila Hiltunen, Lea Ignatius, Helmi Kuusi, Laila Pullinen, and Essi Renvall. Featuring approximately 180 works includes paintings, drawings, prints, and sculptures from the museum’s collection. It explores women artists both as creators of images, and as objects in images and objects of the gaze. The themes are linked to the debate on gender equality, which continues to be a topical and globally important issue.

Showing simultaneously, and a natural pairing for ‘The Modern Woman’, the ‘Dialogue: Elina Brotherus and Hannele Rantala‘ exhibition is based on the long friendship between the Finnish photographic artists, and their discussions on art. The works presented are based on the assignments and messages exchanged that each interpreted in their own way, with those assignments set in the spirit of Fluxus and poetry. The works continue the artists dialogue, originally presented as an exhibition at Photographic Gallery Hippolyte in 2009, and feature some 190 new prints, as well as installations.

In addition to the works by Brotherus and Rantala, there are a number of forgotten female photographers highlighted in the exhibition. The artists delved into the archives of the Finnish Museum of Photography and the Society of Swedish Literature in Finland to choose inspirational images, and to engage in dialogue with their departed colleagues. These photographers, who worked in the early 20th century, include Emmi Fock, Nancy Pietinen, Hilja Raviniemi, and Petra Tiirikkala, as well as Edith Södergran, the modern woman of Nordic poetry, considered to have been one of the greatest modern Swedish-language poets.

Having enjoyed the exhibitions, and the peace of Ateneum’s atmospheric halls, visitors can take a break in the Ateneum Bistro which serves classic Finnish bistro cuisine with a twist. In addition to lunch and à la carte dishes, the bistro serves sweet and savoury delicacies to enjoy with coffee or tea. The museum shop features a wide range of souvenirs and products related to the Ateneum’s collections and exhibitions as well as publications, cards, and gifts.

Idylically located on the island of Kuusisaari, the Didrichsen Art Museum is a stylish combination of an art museum and a former private villa by the sea. Designed by internationally acclaimed Finnish architect Viljo Revell, the modernist building was built in two phases, in 1958 and 1964, with the museum wing opening to the public in 1965. Today, thanks to its must-see exhibitions, modernist architecture, and beautiful surroundings which include a free sculpture garden, the Didrichsen Art Museum continues to attract visitors from all over the world.

Opening on February 12th and continuing until May 8th, the centenary exhibition of Per Stenius presents the artist’s production from the late 1940s to the early 2010s. A visual artist, an inventor, and adventurer, Stenius broke through in the 1950s as a representative of the new, modern generation of artists. Withdrawing from the art world early in his fame, Stenius traveled extensively, becoming particularly influenced by the contrasting nature of India and Lapland. The differing motifs from those travels, as well as his abstract art, explore his career from different points of view, while a deeper insight into the artist’s mysterious persona can be experienced through the writings, photographs, and film clips he recorded on his travels.


helsinki featuredmuseums featuredtampere featured
Cookies are used for measurement, optimization and to make your website browsing experience as smooth as possible. Continue to accept or Read more