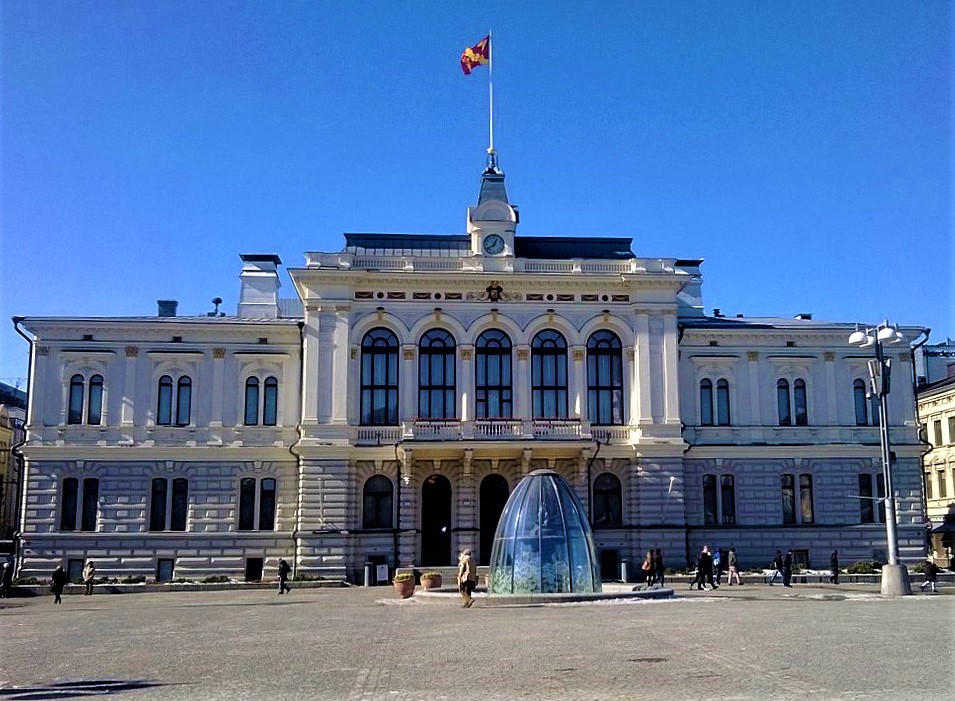 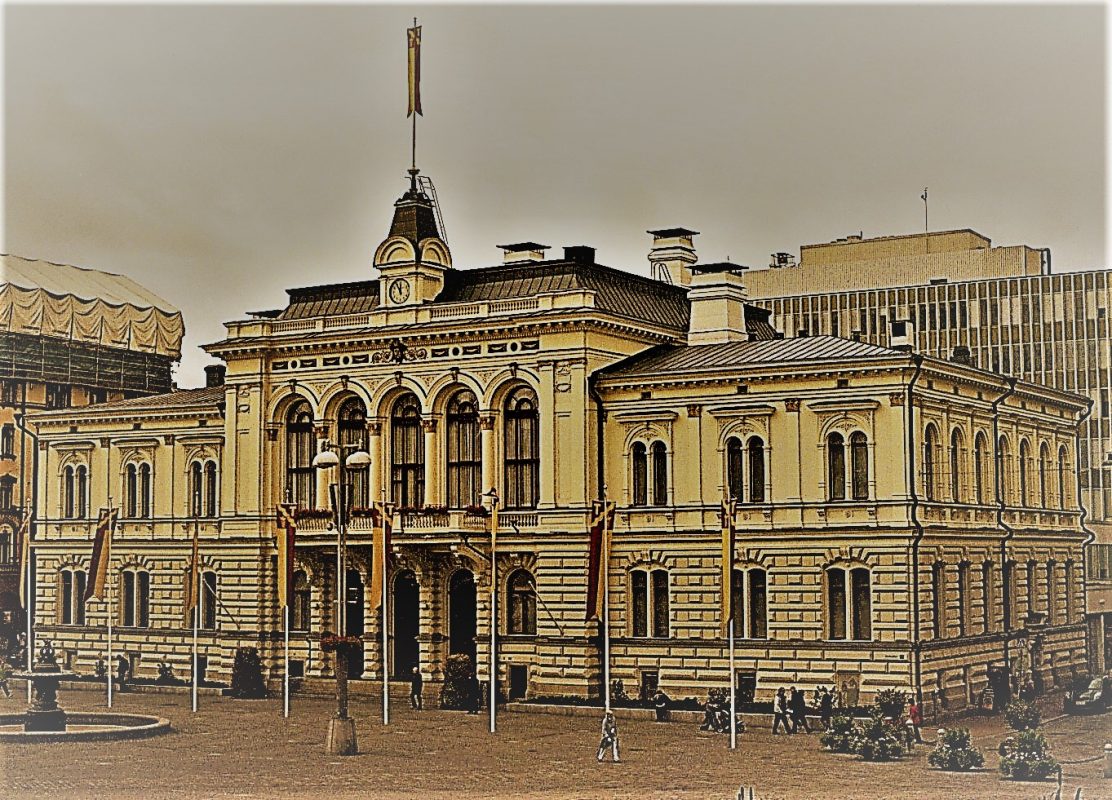 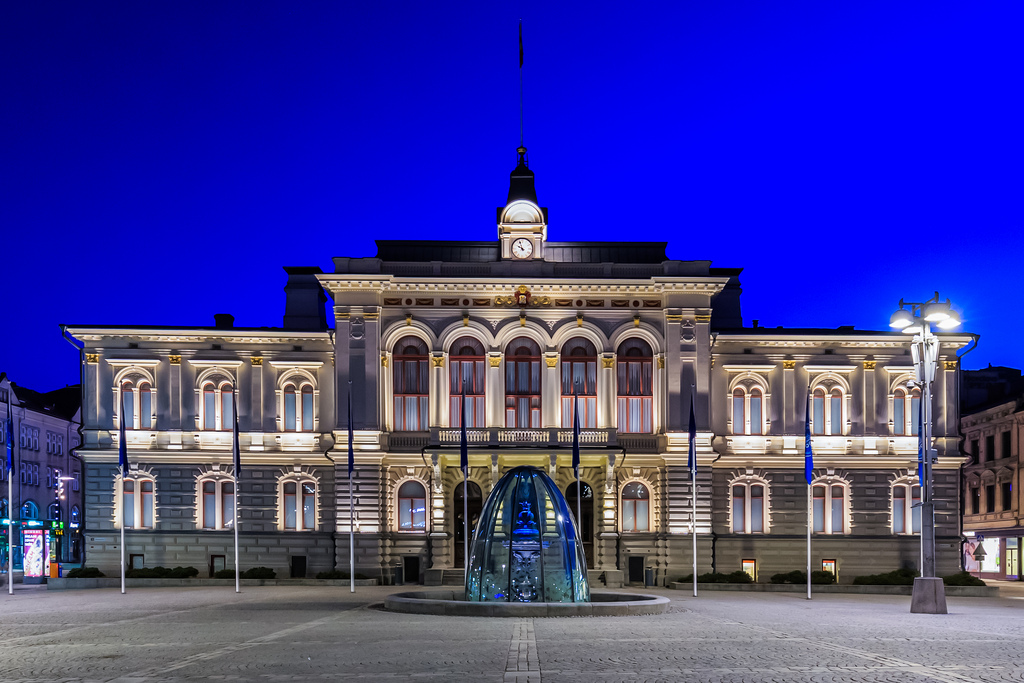 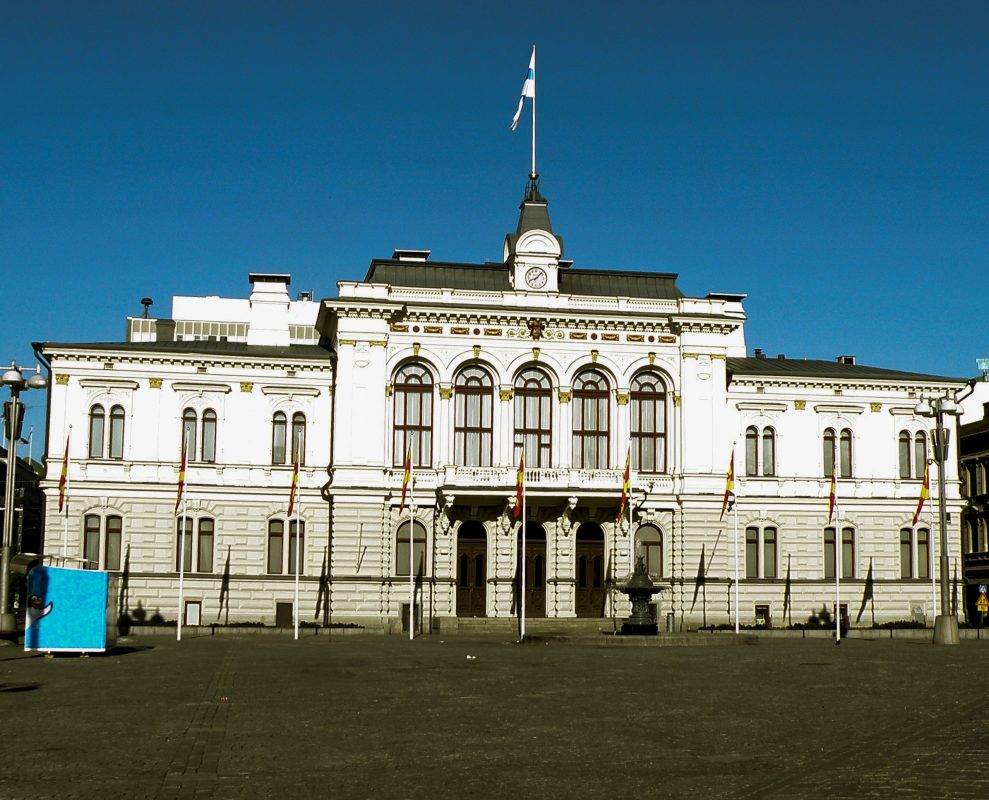 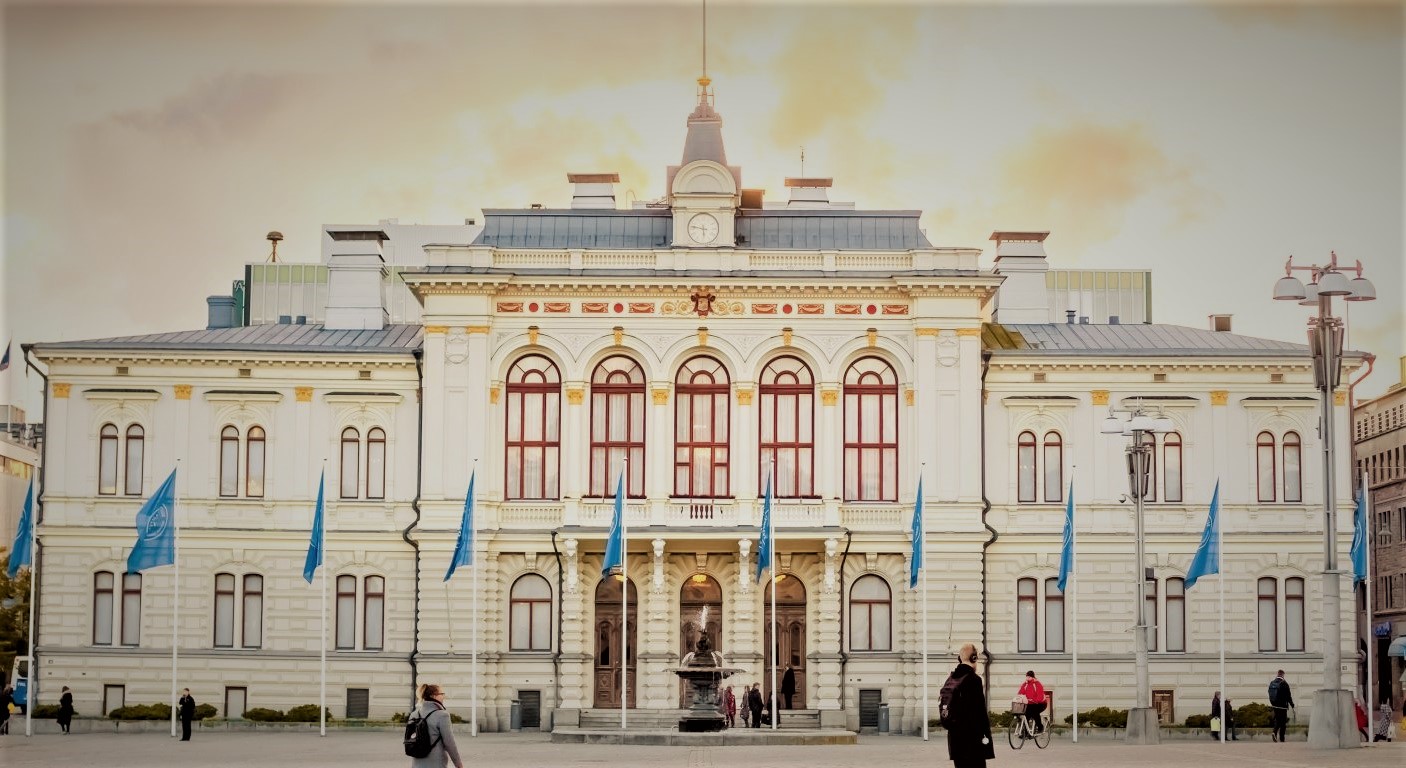 The Tampere City Hall is a neo-renaissance building in Tampere, Finland, situated at the edge of the Tampere Central Square. The current city hall was built in 1890 and was designed by Georg Schreck. The palacial building has many halls and the city of Tampere holds many events there. During the Great Strike in 1905, the so-called “Red Manifesto” was read from the balcony of the Tampere City Hall. It was one of the last buildings to remain as part of the red base during the final stages of the civil war in 1918, and still shows signs of the battles of that time, including the main entrance and the main staircase where bullet holes are still visible.