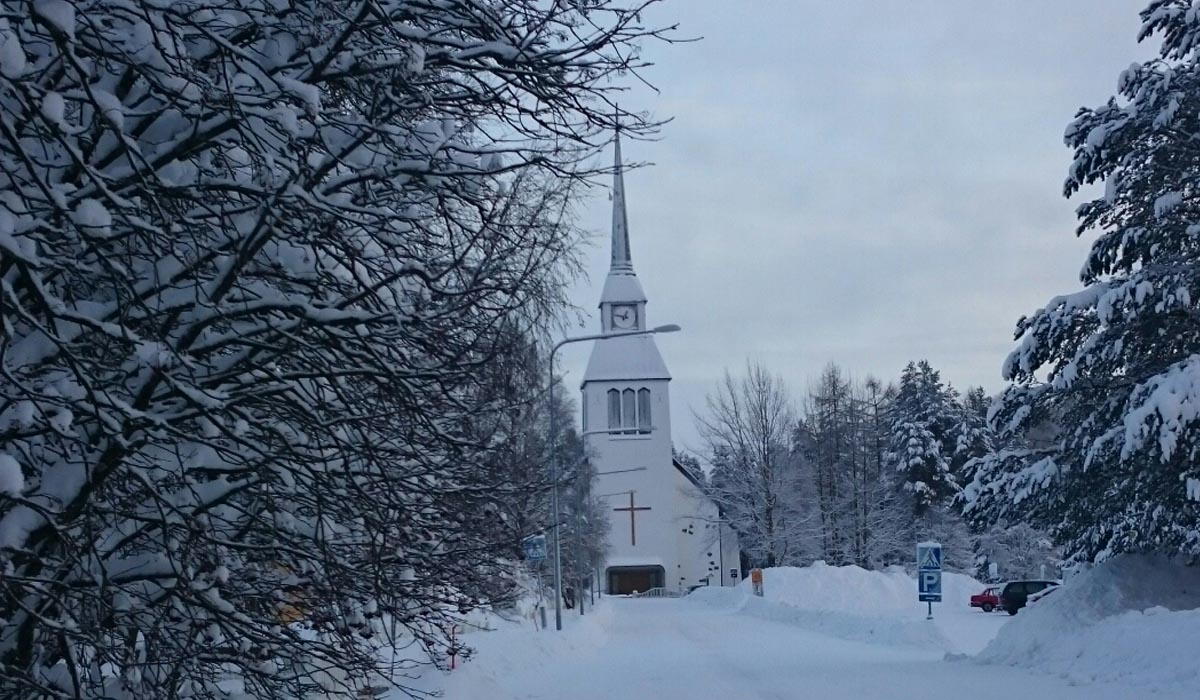 The Holy Cross Church of Kuusamo, built in 1951, stands on the same spot as the old wooden church, built 1802, did and has two bells in its tower. The larger one presented to the church by King Charles XI in 1698, and the smaller one a Thanksgiving gift in 1721 from Protestant clergymen who had found a refuge in Kuusamo during the wars of 1700-21.

The original church was burned to the ground, along with the rest of the town at the end of WWII by the Russians on their departure from the area but the bells survived in a very strange way.

In 1944, just before the Russians invaded, Untersturmführer Reinhard Heydrich, a platoon commander of the German army, ordered that the two church bells be removed from the church tower and be buried in the churchyard to save them. They were, and in the burning of the town and fray of fighting were forgotten about until members of the SS engineers which had buried the bells, turned up again in 1959 with the plans of where they were buried and helped unearth them.