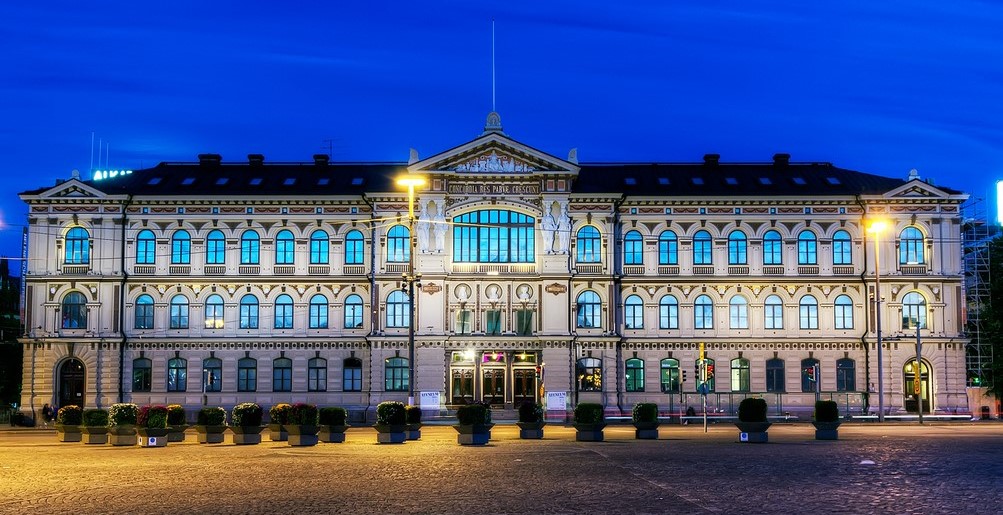 By far the most anticipated exhibition of the spring season was that of the French sculptor Auguste Rodin (1840–1917) at the Ateneum Museum of Art. The pieces on display explore the master’s appreciation of power, beauty, grace, and even eroticism. During the course of his career Rodin changed the art of sculpture forever. At the time he was working, in the late 19th century, much of his work was considered too daring, too realistic, and at times even scandalous. Today, however, he is widely acknowledged as being one of the greatest sculptors of his time, and many of his pieces are instantly recognisable by even those with only a passing regard for art, with many being among the most loved art works in the world.

Such is our familiarity with Rodin’s work that is often forgotten that his lively and spontaneous imagery was very novel during his own lifetime, and that he was a maverick. With his intense focus on the human body, he could be perceived as one of the last classical sculptors. His naturalistic rendition of muscles and movement express strong feelings, and the traces of the hands that shaped the clay or the rough stone are part of his artistic expression. What others may have perceived as unfinished was for Rodin the embodiment of perfection. “In every object, the artist reveals the inner truths that underlie appearance,” he said.

The exhibition can be viewed in galleries 3 to 5 on the ground floor, as well as in the gallery of the 3rd floor landing, and will remain open until May 8th.

Also showing in the Ateneum Museum of Art is the Japanomania exhibition, which takes up the entire 3rd floor. In the latter half of the 19th century Japan opened itself to the world, creating great interest in the country’s art and culture. The uniquely Eastern conception of art had an immediate impact and left an indelible impression on many European artists working in all fields.

The Japomania exhibition is an exploration of how the highly decorative art of Japan was combined with delicate Nordic naturalism to great effect. Artists such as Albert Edelfelt, Helene Schjerfbeck, Vilhelm Hammershøi, Edvard Munch, Oda Krohg, Frida Hansen, Bruno Liljefors, Paul Gauguin, Vincent van Gogh and Claude Monet were fascinated and strongly influenced by Japonism. The exhibition includes more than 400 works of art and exhibits, 150 of which are on loan from abroad. Japanomania remains open until May 15th.

The Amos Anderson Art Museum is celebrating its fiftieth anniversary by showing its founding donor’s favourites – Italian, Spanish, Dutch and Flemish art from the Renaissance up to the 19th century. The collection reflects Amos Anderson’s interest in religious art, and many of the works once graced the walls of his home on Yrjönkatu Street in the heart of Helsinki. The Donor’s Works exhibition is showing forty paintings and sculptures by old masters on the Museum’s fifth floor and in the chapel, and remains open until June 23rd.

The exhibition Soviet Art from the Arefyev Collection now showing at the Didrichsen Art Museum gives the public a chance to explore works from this Moscow collector’s extensive collection. There are some 40 works on display, dating from 1920 to 1995, shown for the first time in Finland. Stylistically, Mikhail Arefyev’s collection offers a broad picture of socialist realism. Most of the works on show are paintings from the 1960s and 1970s. Also included are a few works from the avant-garde period, as well as Late and Post-Soviet works from immediately after the collapse of the Soviet Union. The exhibition remains open until May 29th.

Currently showing at the Sinebrychoff Art Museum, the Russian Masters exhibition provides a cross-section of 19th century Russian art from romantic landscapes to realistic portraits. The works include elaborate seascapes, serene rural scenes, folk tale motifs and portraits. Works from about thirty artists from Finnish art collections will be on display as well as pieces from private collections shown in public for the first time.

In the exhibition, artists representing the early 19th century are Sylvester Shchedrin, Ivan Aivazovsky, Alexey Bogolyubov and Karl Bryullov. In the latter half of the 19th century, nearly all significant Russian artists belonged to Peredvizhniki, the Wanderers. The exhibition includes interpretations of the notion of landscape of the time by some of these wandering artists, such as Isaac Levitan, Ivan Shishkin, Vasily Polenov and Mikhail Clodt. The exhibition will be open until May 8th.

Finally, at Kiasma Museum of Contempoary Art, the exhibition of Ernesto Neto highlights how, through his installations, the artists continues the tradition of Brazilian modernism, an approach strongly characterised by the viewers’ presence and participation. Through his art, Neto offers a moment of respite from the bustle of everyday life, calming the mind and tuning the senses. The exhibition also reflects Neto’s views on respecting the rights and traditions of indigenous peoples and the appreciation of cultural difference. Organised by Kiasma, the exhibition comprises works from 2009 to 2016 and is Neto’s first solo exhibition in Finland. It is open until September 4th.

Kiasma Museum of Contempoary ArtMikhail Arefyev's CollectionRodinRussian Masters
Cookies are used for measurement, optimization and to make your website browsing experience as smooth as possible. Continue to accept or Read more