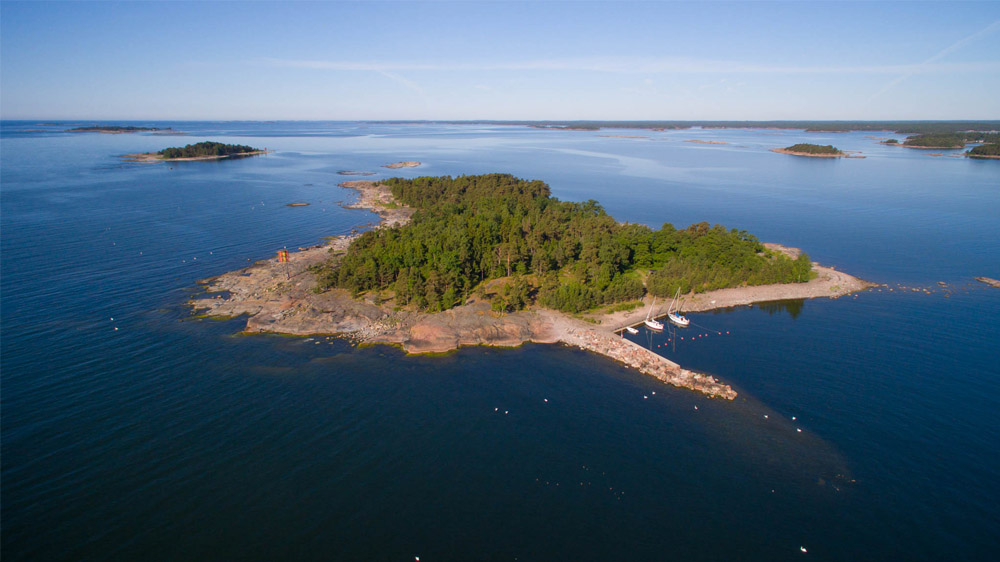 To the west of Helsinki, the neighbouring city of Espoo, often overlooked by the majority of visitors to the capital, has a wealth of natural attractions worth exploring. Espoo can be thought of as a miniature Finland: in the south visitors will discover the charms of its coast and archipelago, and the best of its culture, events, and shopping; while to the north lie the historic manors in country landscapes, and Nuuksio National Park, a region of untouched wilderness of forests and lakes. 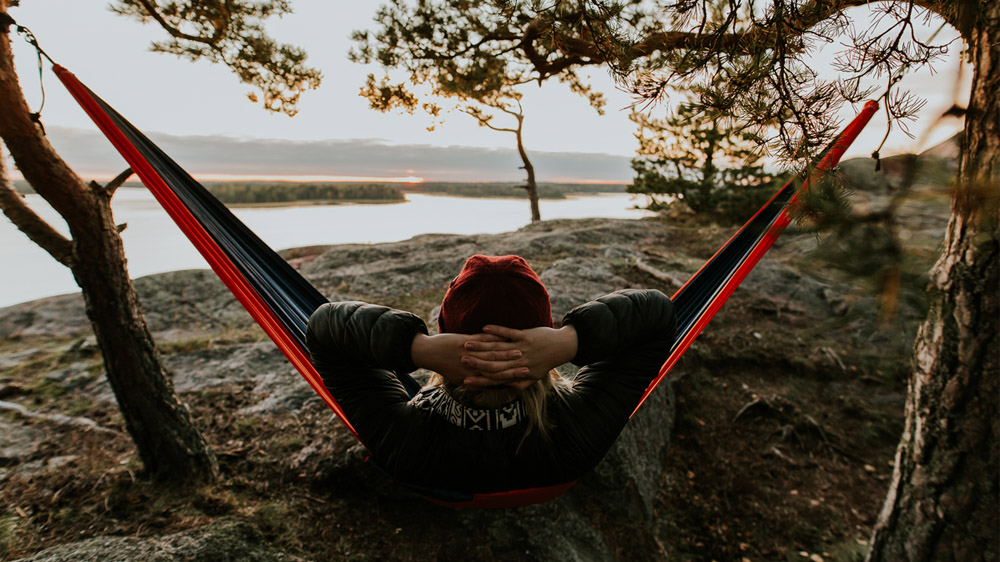 Espoo has a coastline some 58km long, and an idyllic archipelago that boasts more islands than Hawaii! Now, thanks to the new Helsinki metro extension that runs all the way to Matinkylä, the little known charms of Espoo’s coast and archipelago are more accessible than ever before. The coast is barely a kilometre away from many Metro stops, and there are city bikes available to rent at many stations, such as Matinkylä which is two kilometres from the coast. From there it is easy to stroll or cycle to the Waterfront Walkway, or continue your journey on a scheduled water bus to the islands in the archipelago. 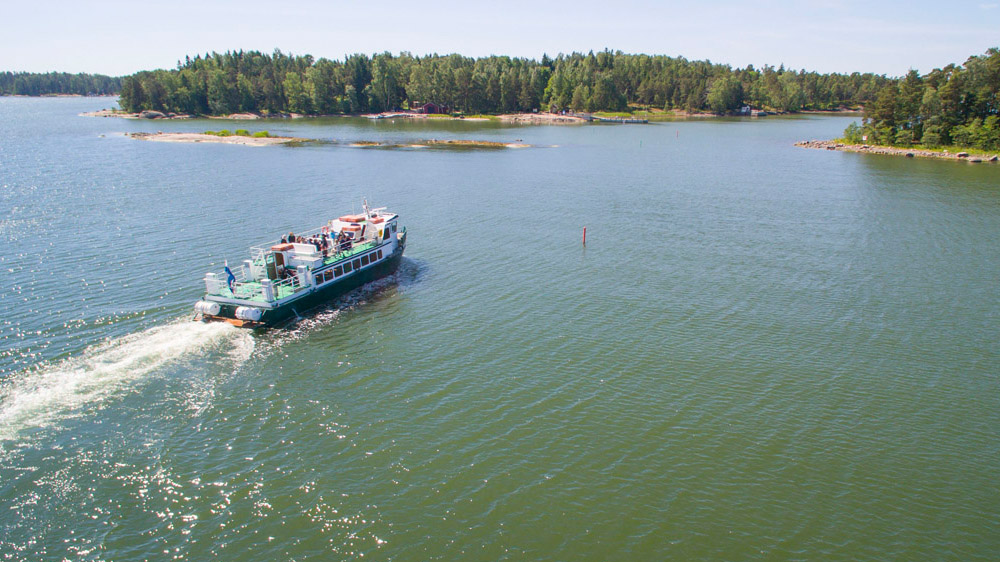 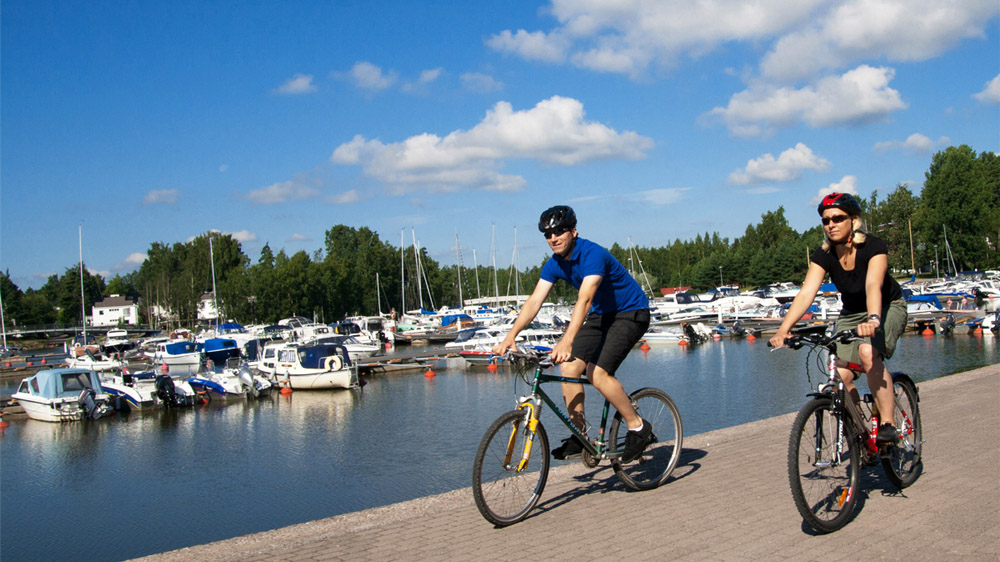 A Walk on the Wild Side – The Waterfront Walkway

Stretching for 40km, Espoo’s Waterfront Walkway runs along the coast past parks, local harbours, and delightful swimming beaches; a continuous walking and cycling path that provides access to a number of attractions along the way. These include the jetties where water-buses will take you to the islands, and bird watching towers with views over the wetlands and estuaries. Visitors will also come across a number of historic buildings such as Nature House Villa Elfvik, and Villa Rulludd.

Just 15 minutes by metro from Helsinki central station, Matinkylä is the ideal place to start your journey. From here the coast is about 2km walk, but there are city bike rentals also available. Well signposted, the Waterfront Walkway meanders through highly diverse environments that includes nature reserves and rocky forests, the popular Haukilahti and Mellsten beaches, as well as many fascinating sights recounting the cultural history of the built environment in Espoo. 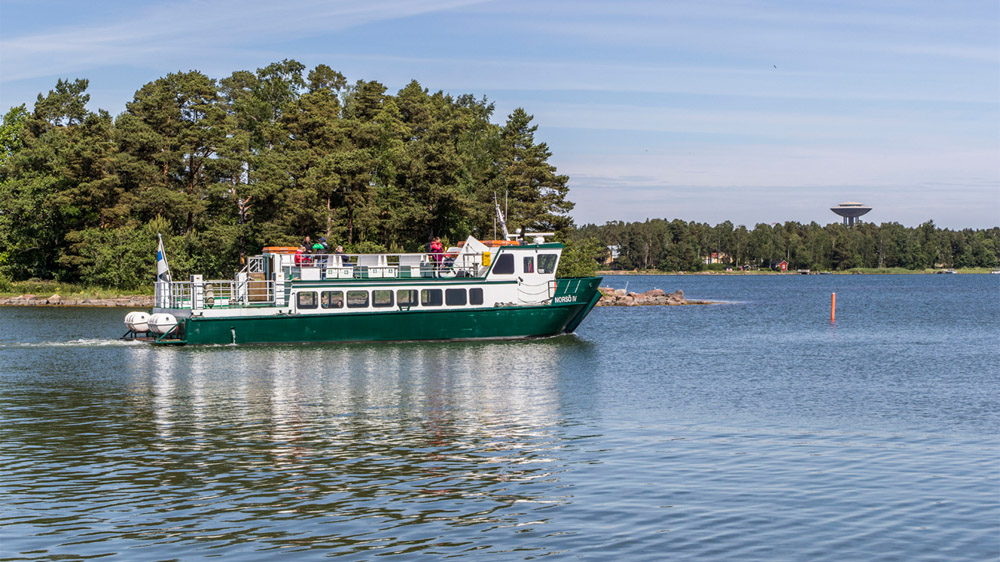 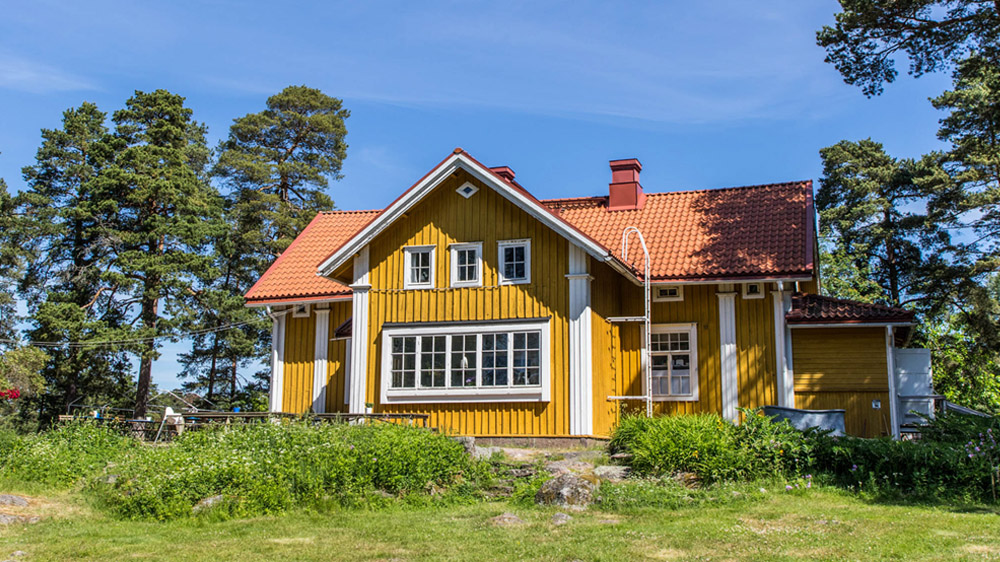 From June to September, scheduled boat service to and from five different islands in the Espoo Archipelago can be reached by regular water-bus links: Iso Vasikkasaari, Gåsgrundet, Rövaren, Stora Herrö and the newly opened Pentala island. There are a number of harbours where you can catch these water-buses: at Otaniemi, Kivenlahti, Suomenoja, Haukilahti, Nokkala, and Suinonsalmi. The timetables are available on the City of Espoo site.

The newest attraction is the Pentala Archipelago Museum, on Pentala island in Espoonlahti bay, where visitors can explore the city’s rich and diverse maritime history and culture. The museum consists of fifteen buildings, the oldest a fisherman’s cottage from the early 1790s. Pentala Archipelago Museum showcases life in the archipelago, and if you want to experience unique archipelago nature, visitors can follow a nature trail to Lake Pentalanjärvi and the Diksand beach. The museum also has a new Archipelago Restaurant Paven opening on June 16th.

Iso Vasikkasaari island is an outdoor recreation area (apart from one corner) with a diverse and luxuriant ecosystem. The island features one of Espoo’s most exotic buildings, a small replica of the Temple of Poseidon. Delightful seashore meadows fringe the island’s shores, those in the southern parts being the most diverse. Iso Vasikkasaari has a summer restaurant called Gula Villan and the Vasikkasaari café  now occupying what was once a fisherman’s dwelling.

Gåsgrundet island is one of the three outer skerries visited by a water-bus where camping is allowed. Its terrain is flat and varies from outcrops of smooth rock to fertile meadows and dry heathw with forest few trees. There are fine sandy beaches suitable for children to be found along the Gåsgrundet’s northern shore. As with the following islands, Gåsgrundet’s firewood and waste management are supplied by Espoo City.

Rövaren, an island dominated by rocky outcrops and with shores of scree, is another popular camping spot and outdoor recreation area. On the southwestern side of Rövaren nature enthusiasts will find many typical seashore plants in the shore meadows. The tree stands are mainly Scots pine, and there are bilberry and lingonberry heaths. The island is well equipped with a cooking fire, covered shelter, and woodpile.

The final island with a regular water-bus connection is rocky Stora Herrö. On some of the southwestern shores there are a number of private summer houses, but most of the northern and eastern shores are open to open to all as outdoor recreation areas where camping is allowed. Although Scots pine over rock tends to predominate the landscape, spruces also thrive in depressions in the bedrock and along the shores, and there is a small sedge mire at Söderviken in the south. 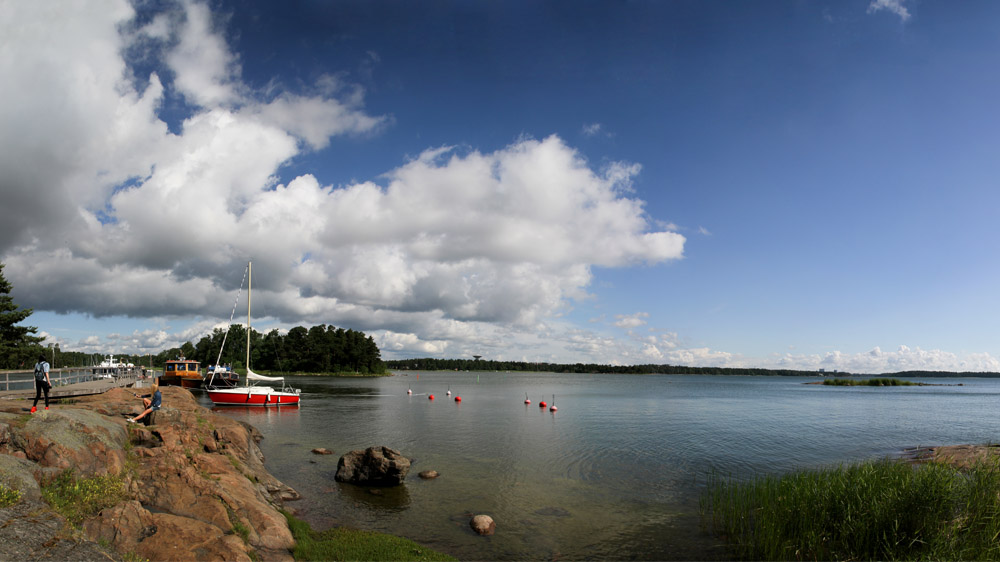 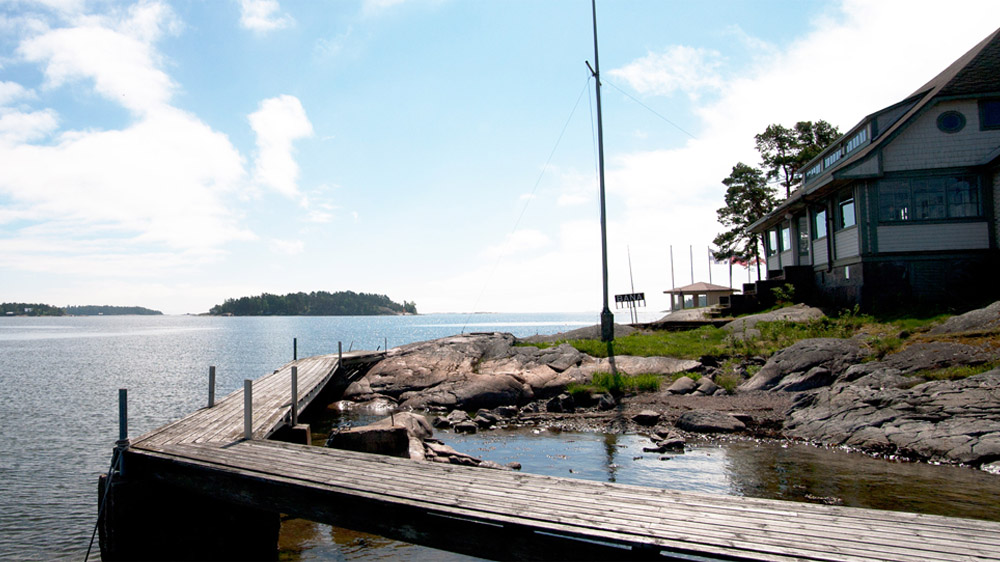 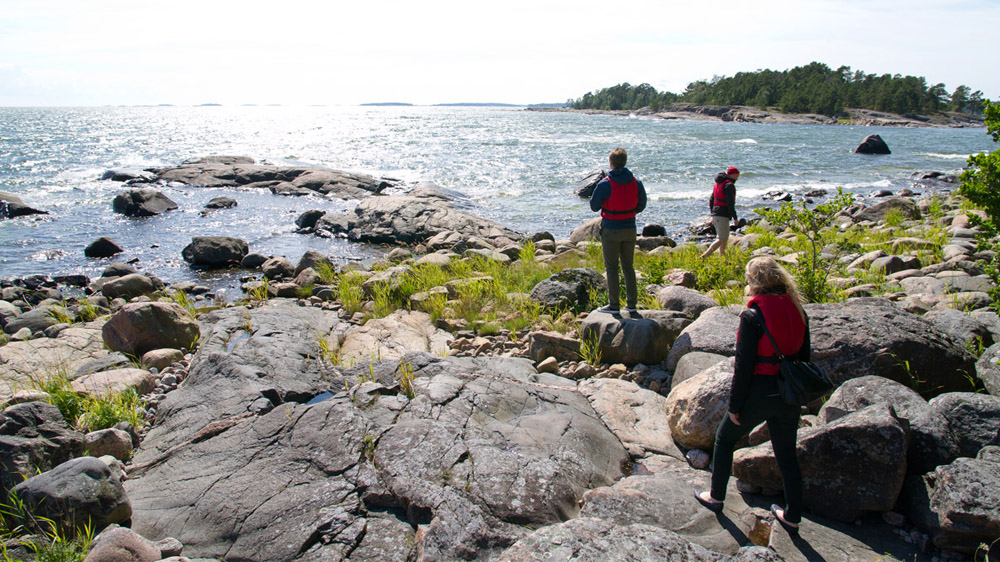 Espoo by the Sea

Visitors to Espoo don’t have to take to the sea to have a great day out, there is more than enough to entertain found on land. For those seeking splendid sea views and a bite to eat the Nokkala Lighthouse café, Hanaholmen, and the Radisson BLU Espoo all fit the bill, with the latter two also providing quality accommodation. Water sports enthusiasts will find a wide range of activities to engage in at the new Laguuni Water Sports Centre, while culture vultures can sate their appetites with a visit to the delightful Gallen-Kallela Museum, or WeeGee Exhibition Centre which houses no less than four museums. There is also the option to mix a day on land with a lunch or dinner cruise aboard Espoo Line’s cozy RoyalCat Restaurant boat. Wherever you choose to explore Espoo, most locations are now conveniently connected to Helsinki centre by the modern metro. 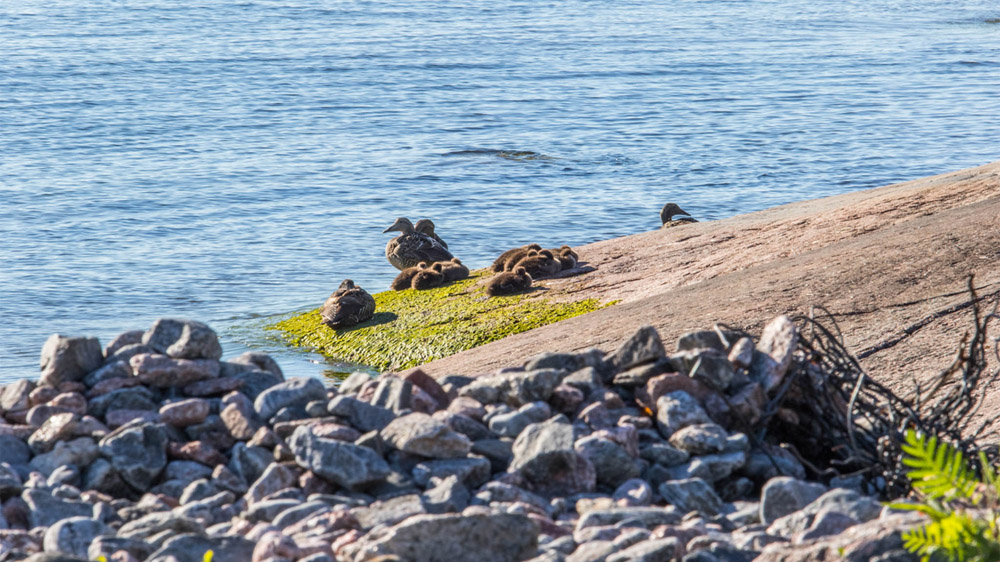 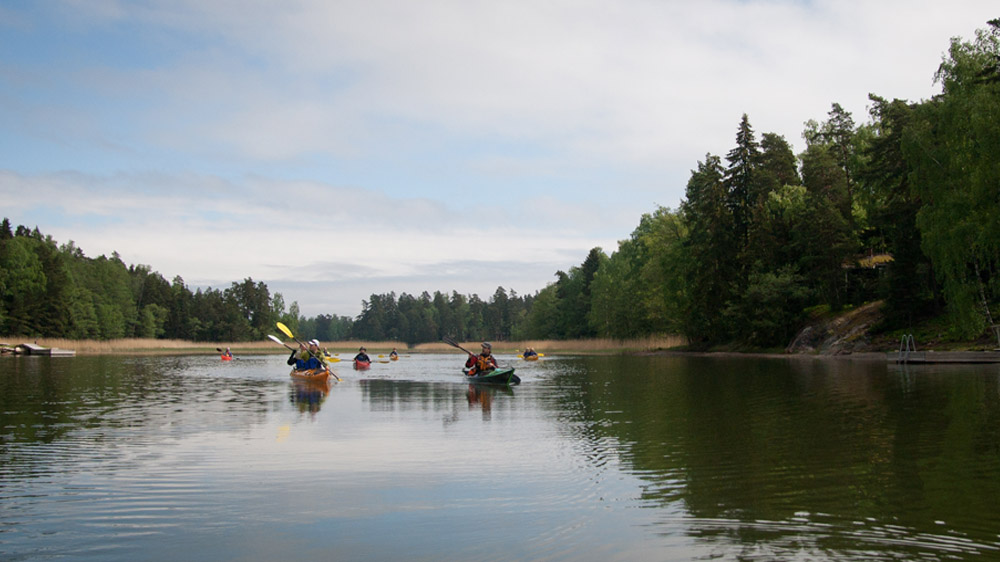 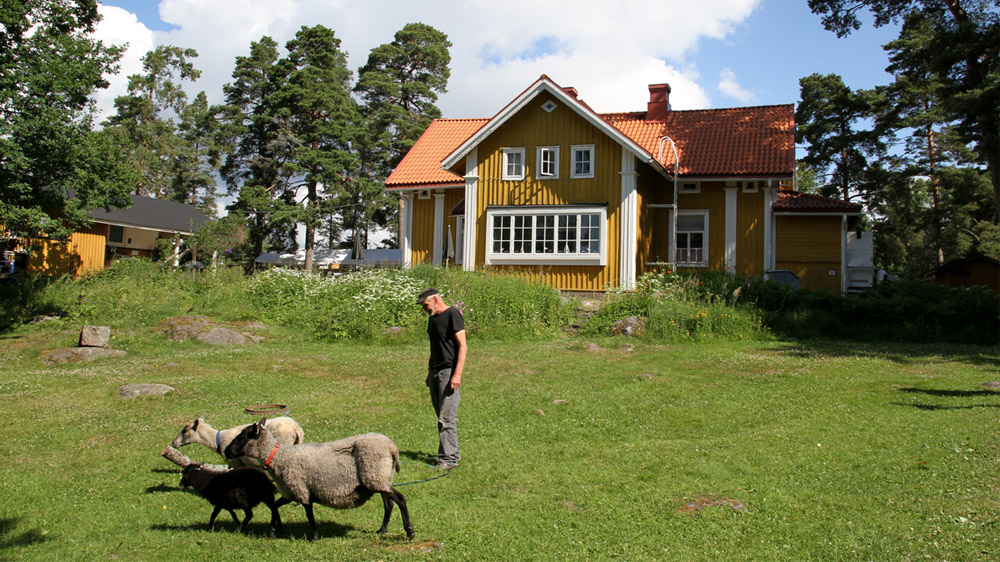