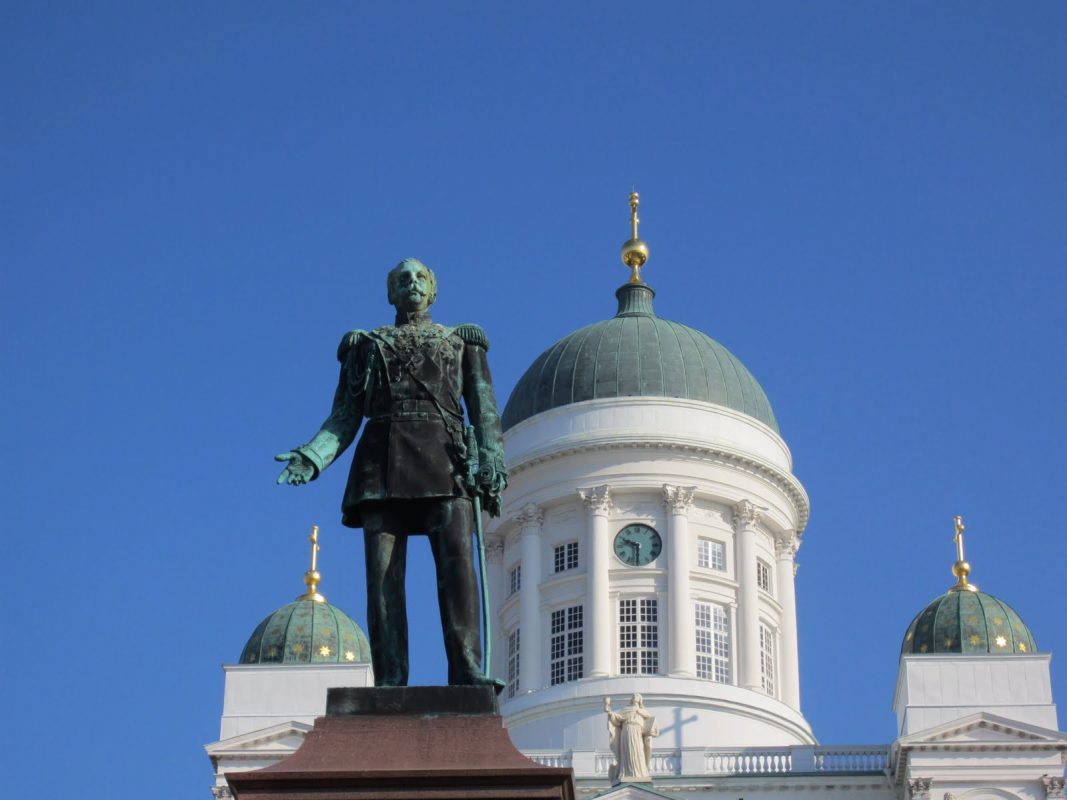 Alexander II, Tsar of Russia and Grand Duke of Finland, inspired confidence in his Finnish subjects. Following his assassination in 1881, the estates organized a competition for a memorial in 1884. Every respected sculptor in Finland at the time participated. Johannes Takanen won the competition by a narrow margin with Walter Runeberg taking second place. Since the jury considered both entries extremely good, the work was given to both artists – as a joint commission.
However, Johannes Takanen died in 1885 leaving the work to Walter Runeberg. The competition jury had given especial praise to Takanen’s treatment of Alexander’s figure. On the other hand, the jury had from the very beginning been fascinated by the images Walter Runeberg had included in the pedestal in his entry.

Runeberg made the monarch’s figure according to Takanen’s proposal and added it’s pedestal symbolic figures representing Law, Light (Science and Art), Peace and Work (Lex, Lux, Pax and Labor). The figure symbolizing law was the maiden of Finland wearing a bearskin. The same maiden can be seen in the pedestal of Runeberg’s memorial to Finland’s national poet J. L. Runeberg, located in the Esplanadi park.