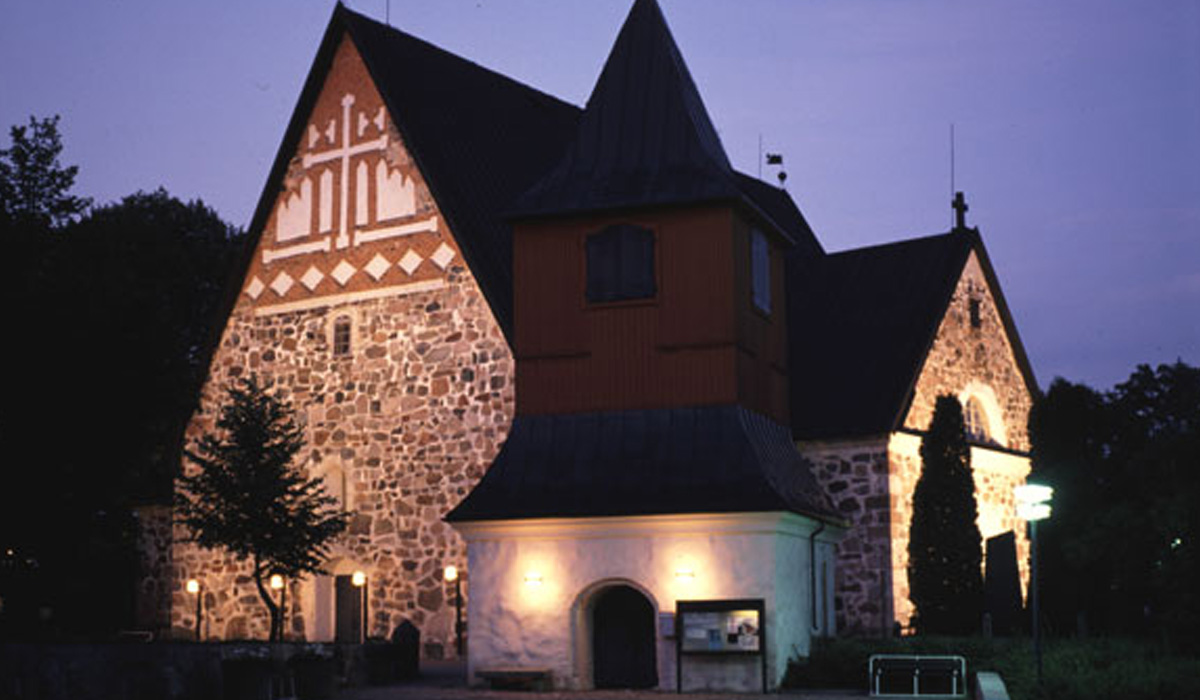 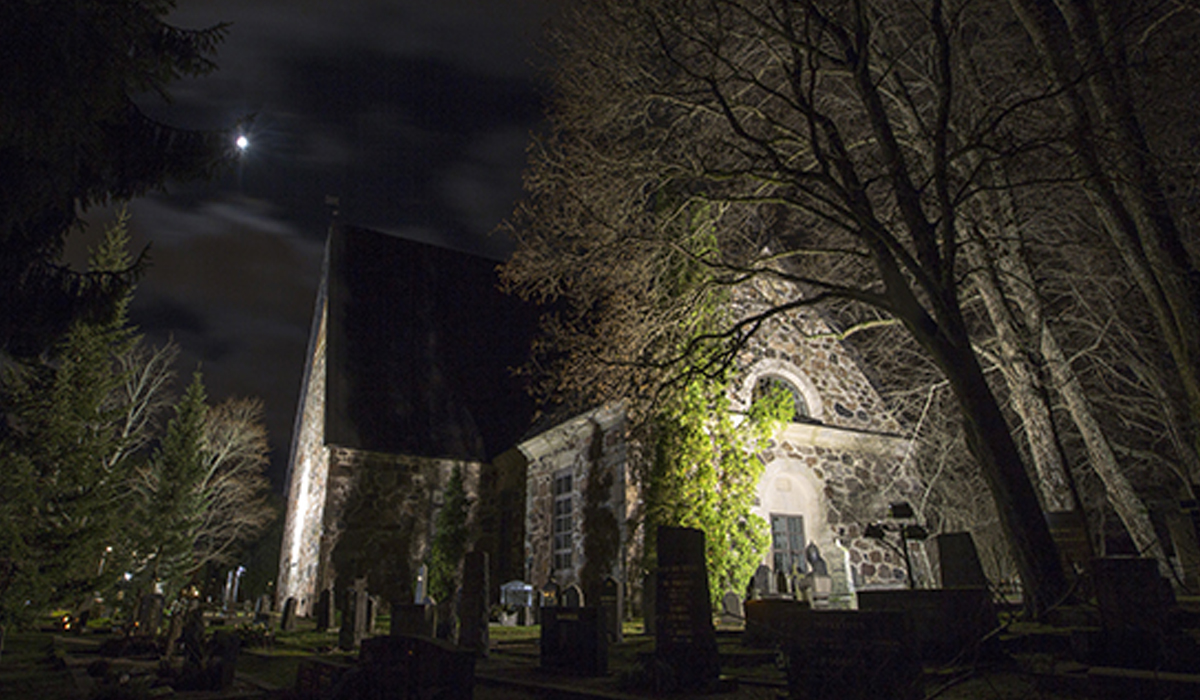 The Espoo Cathedral is a medieval stone church in Espoo, Finland and the seat of the Diocese of Espoo of the Evangelical Lutheran Church of Finland. The cathedral is located in the district of Espoon keskus, near the Espoonjoki river. The oldest parts of the church were completed in the 1480s and it is thus the oldest preserved building in the city. The church became a cathedral in 2004 after the Diocese of Espoo was split off from the Diocese of Helsinki. The cathedral grounds include a graveyard, a vicarage and a parish hall completed in 1995.

The church was originally designed in the late 15th century by an unknown “Espoo master” and built between 1485 and 1490 under his supervision. The only remaining parts of the medieval church are the eastern and western parts of the nave. The weapons room was removed between 1804 and 1806 and certain other parts of the church, including the original sacristy, were taken apart between 1821 and 1823 when the building was converted into a more spacious cruciform church.