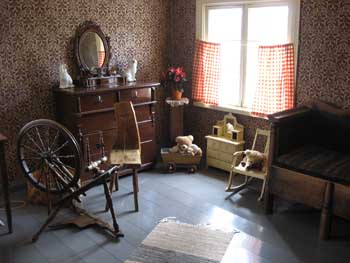 The oldest surviving wooden building in Oulu, which was built in 1739, was originally a Customs Office on the road to Liminka. Small Customs Offices, which handled internal trade between cities, were closed in 1808. The house has been restored to the appearance of the 1880´s and it represents the typical home of a sailor of that time.

The building was moved to Pikisaari in 1983 and opened to the public in July 1989.