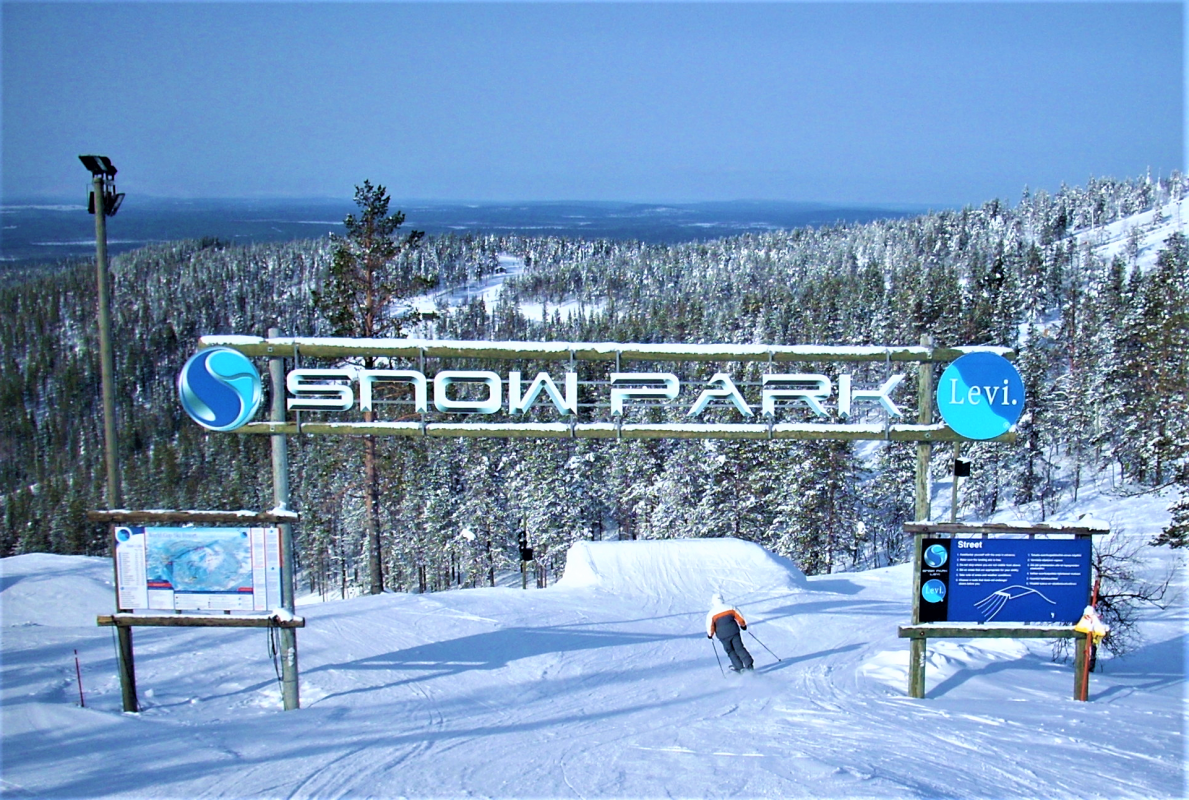 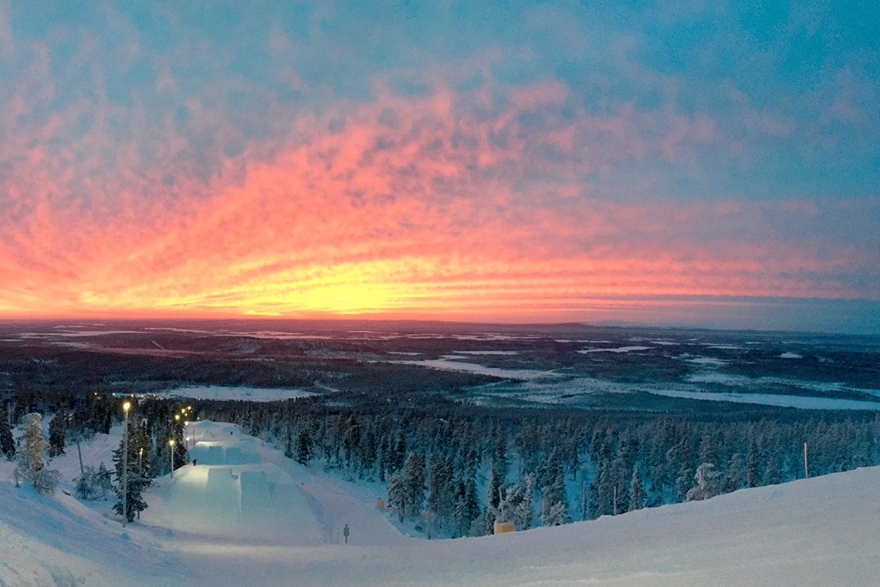 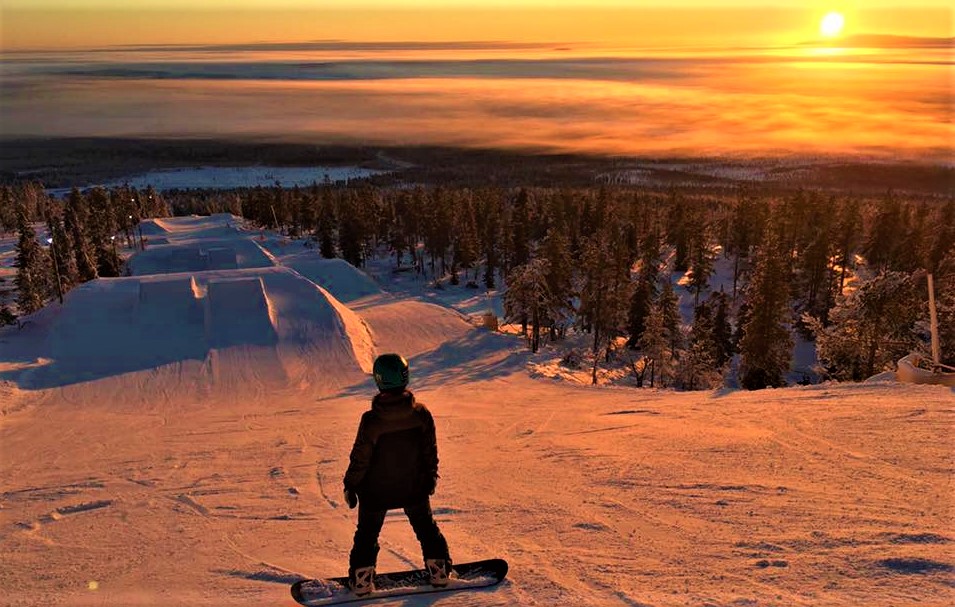 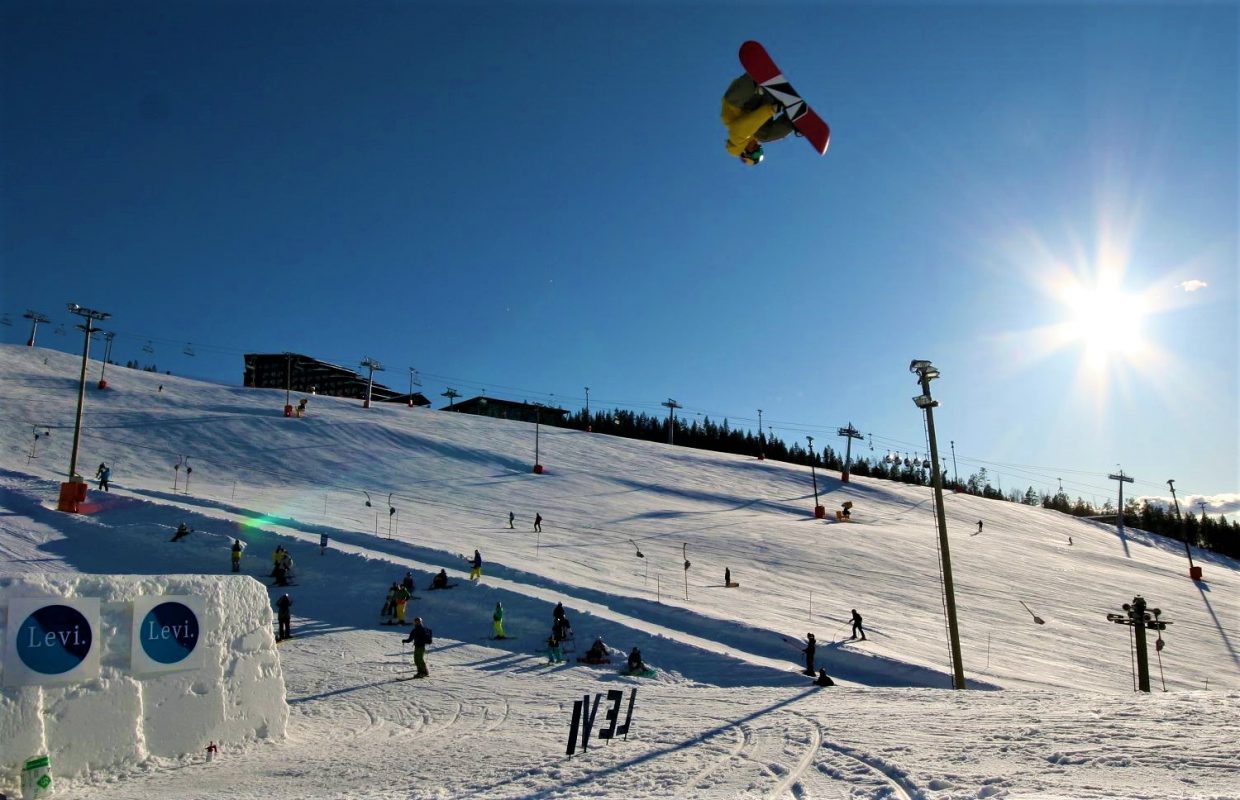 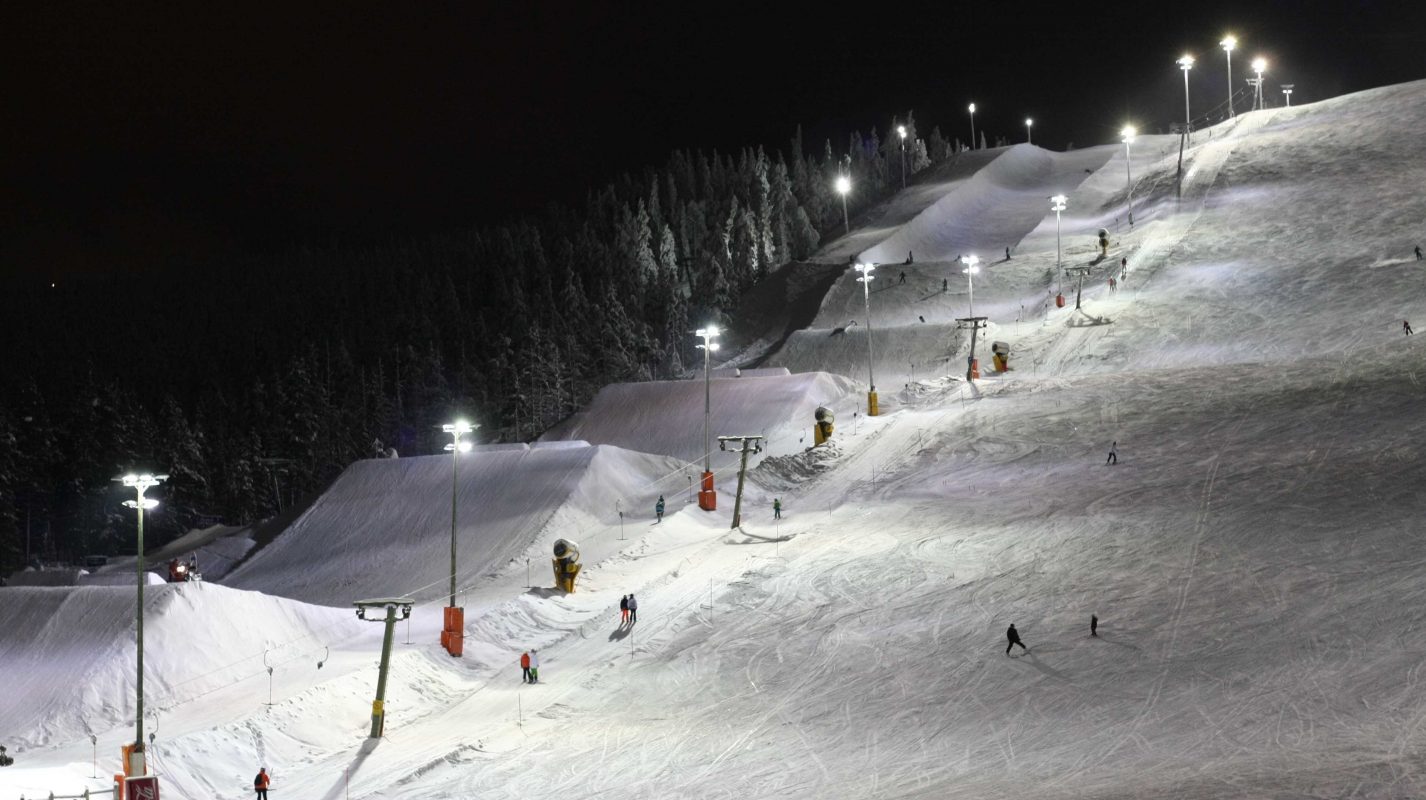 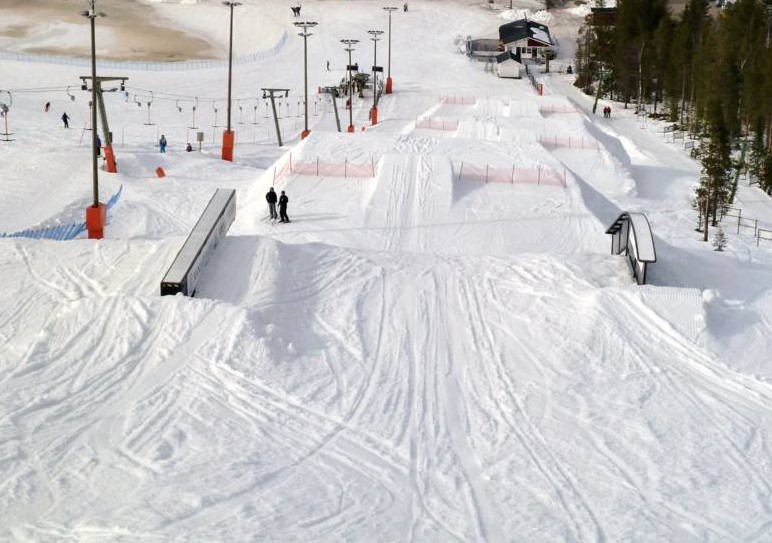 Levi has two specific terrain park areas: Street at the front pistes and the new South Park by lift nr 9. Little ones and beginners have a special areas at Kids Land and Leevilandia.

Levi has opened a new South Park as a cool dream of every free skier and snowboarder. Rails and jumps can be found in a new home next to lift nr 9 at South pistes. New Park is almost one kilometer long (double than the old Snow Park) and combines jumps and rails as one run which is also longer than previously.

South Park has illumination and snowmaking system with 18 automatic cannons to ensure long season until beginning of May.

There will also be a smaller line with smaller jumps and easier jumps on the right side of the area (looking from the top). Lower “kids park” is done for beginners in mid-February. There will be in total appr. 25-30 different obstacles in new South Park.