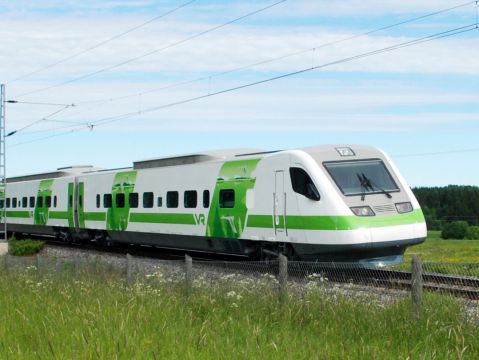 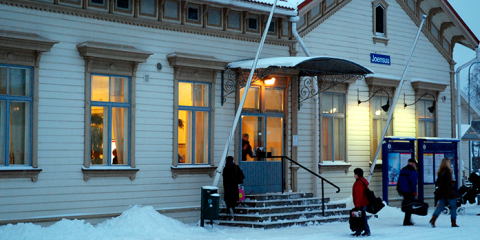 Joensuu railway station was opened in 1894. The station is served by passenger trains to Helsinki (via Lappeenranta, Kouvola and Lahti), Nurmes and Pieksämäki. The line to Helsinki via Lappeenranta is electrified, all other routes are operated by diesel hauled trains.

Passenger trains to Helsinki are mainly operated by InterCity or double-deck InterCity 2 carriages hauled by VR Class Sr1 locomotives or by Pendolino units.