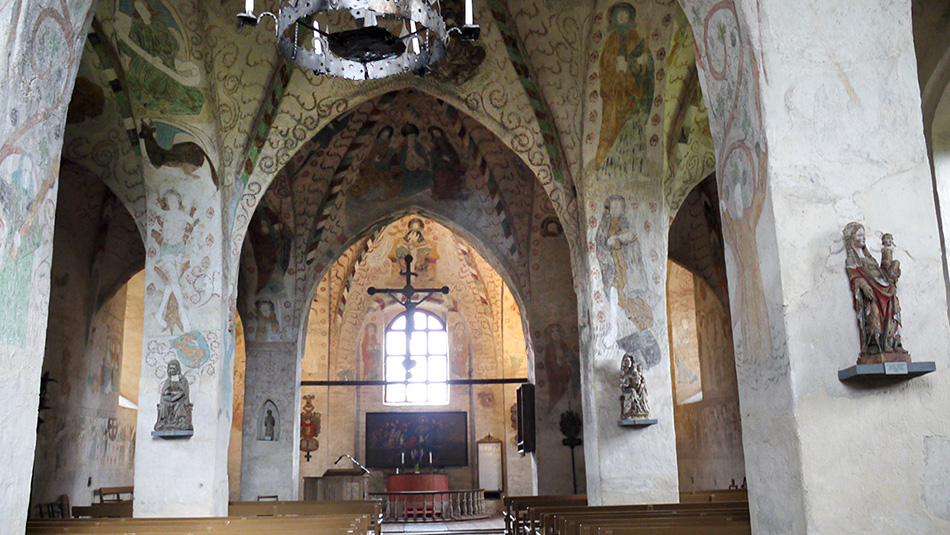 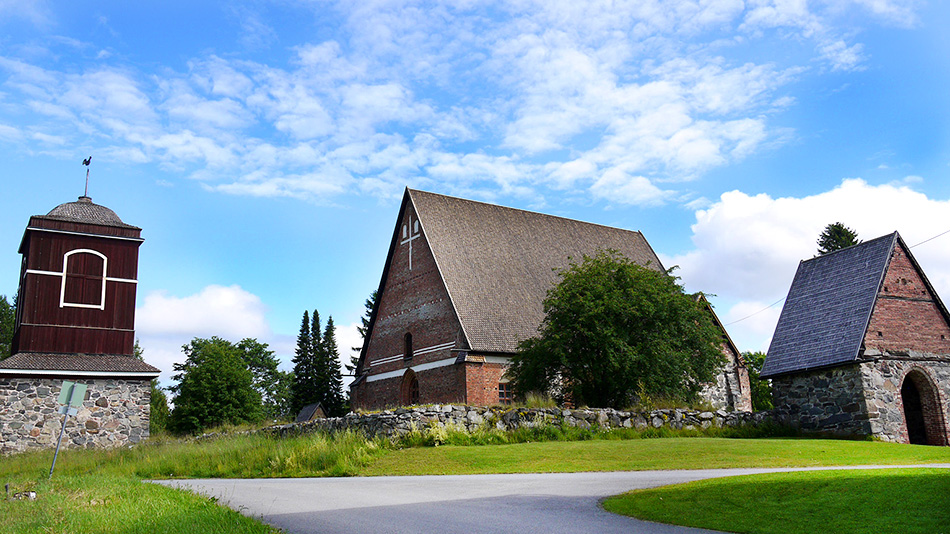 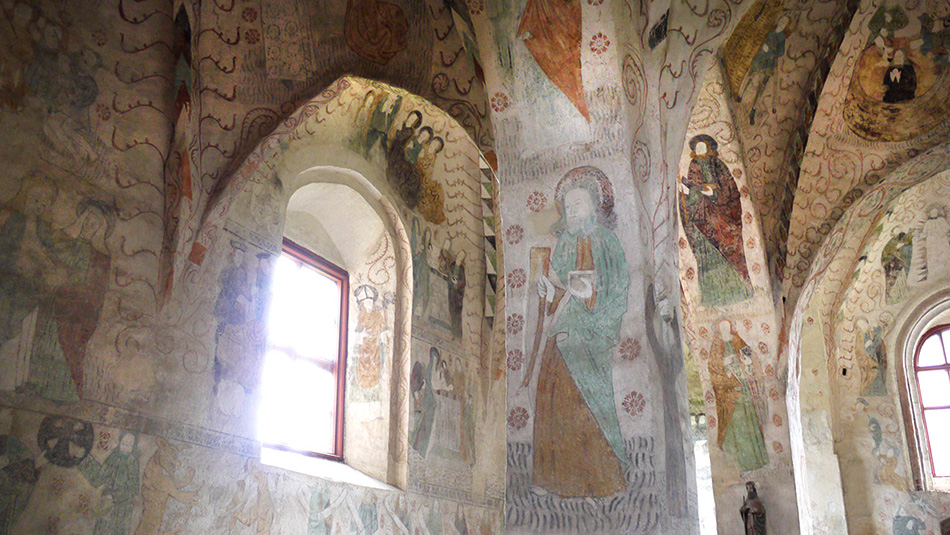 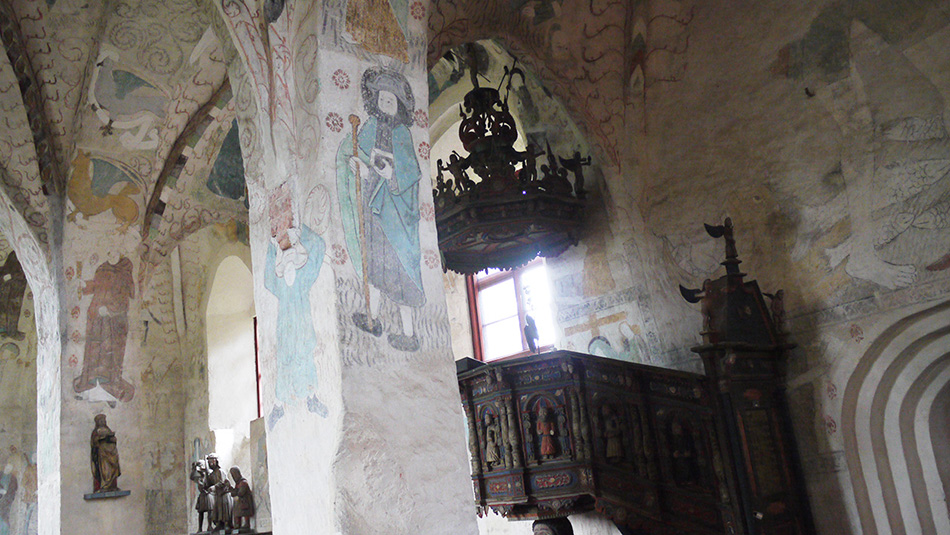 A popular place of pilgrimage in the Middle Ages, this 15th century church is one of the oldest surviving examples of early Finnish brickwork architecture. The frescoes on the walls are the finest in the country and are well preserved. A tourist office for the church and local area is housed in a nearby storehouse, while upstairs there is a local handicrafts shop selling local handicrafts and artworks.

The Church of the Holy Cross was built at the end of the 14th century or in the beginning of the 15th century, making it about 600 years old. The one of the Church´s distinctive features is its red brick, as most medieval buildings in Finland were made from grey stone. Only three medieval buildings in Finland were made of brick: the Turku Cathedral, the Castle of Hämeenlinna and this church.

This church was dedicated to the Holy Cross. The legend of the Holy Cross is pictured on the ceiling of the Church: St. Helen, the mother of the Emperor Constantine, made a pilgrimage to Jerusalem, where she was told to have found the Cross of Christ. She indicated the place she believed to be the site of the crucifixion -and so the crosses were found. One of them cured a woman who was mortally ill and it was thus proven to be the Cross of Christ. It is said that one piece of this Cross of Christ has been kept in the Church of Holy Cross. It has since become the center for a community of believers here in Finland.

The church contains about 200 paintings. They were painted at the beginning of the 16th century (1510). The identity of the painter(s) is unknown but he (or she) it was most likely a Finn. The technique was called al secco. The pictures were painted on a dry surface with colors dissolved in lime-water.