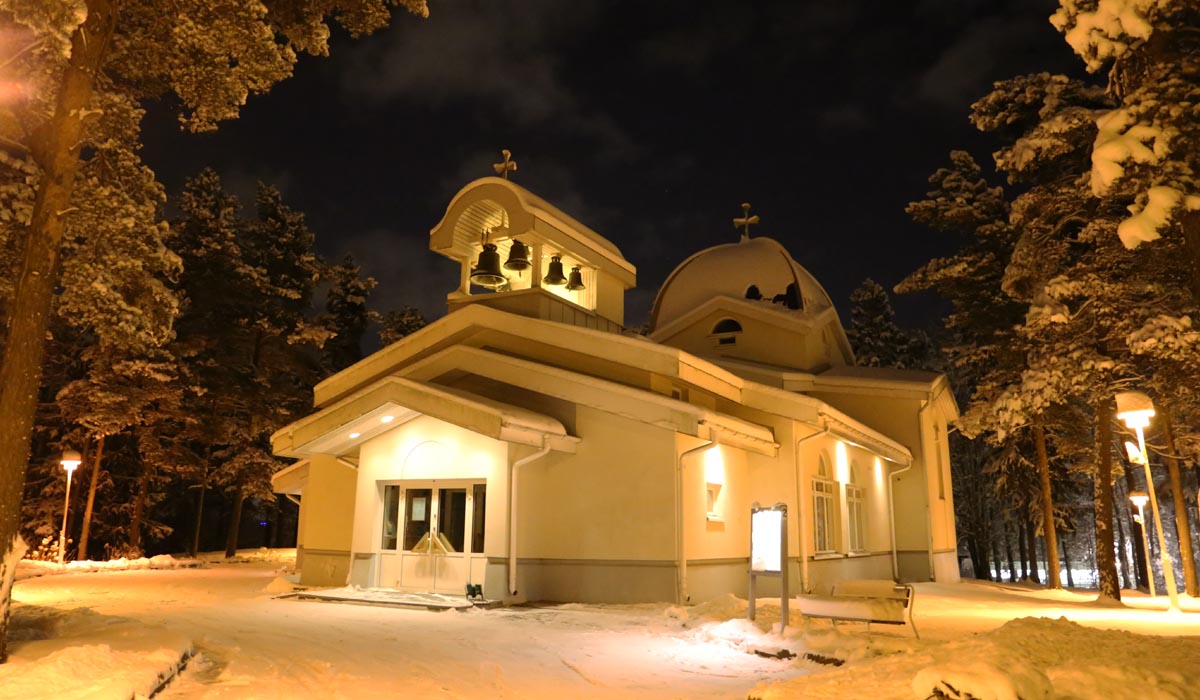 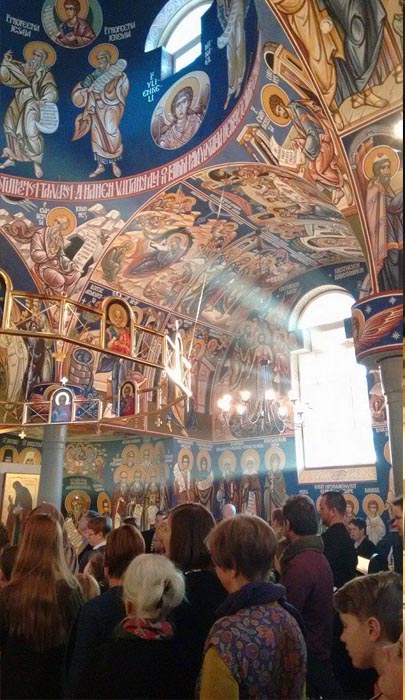 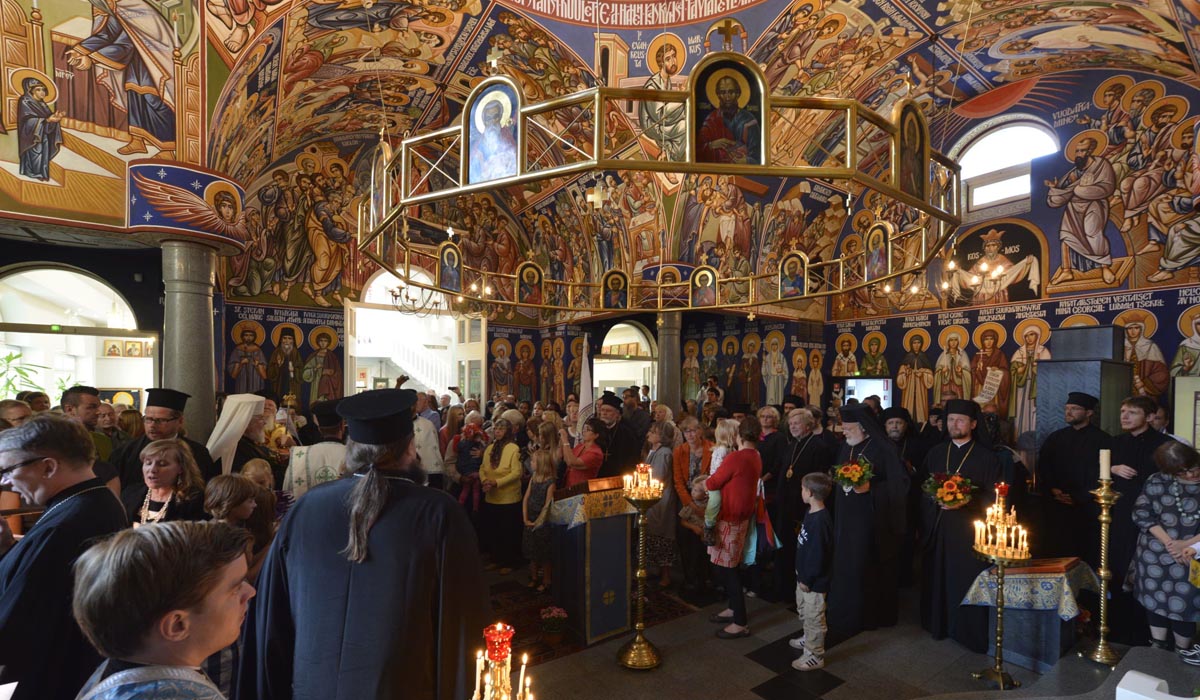 The Finnish Orthodox Church in Tapiola, Finland is dedicated to St. Herman of Alaska. Herman was a monk from the Valaam Monastery who, in 1793, left for missionary duty in the Alaskan archipelago. During the 40 years he spent in the Alaska region, he became an important spiritual teacher and defender of the local population. The Orthodox Church was designed by architect and orthodox priest Paul Hesse. Iconographer Alexander Wikström painted the frescoes, and in the parish hall there are beautiful icon paintings by Ulla Vaajakallio. The architecture represented is a mix of classical Byzantine and modern architecture. The church is located amid the idyllic scenery on the top of the rock in a pine tree forest. The designer was inspired by the architecture and the iconostasis of the famous rock-hewn Church of Lalibela. The church is the first sanctuary which has followed in its design the iconic wall art of the Byzantine era. The church was completed in 1998.