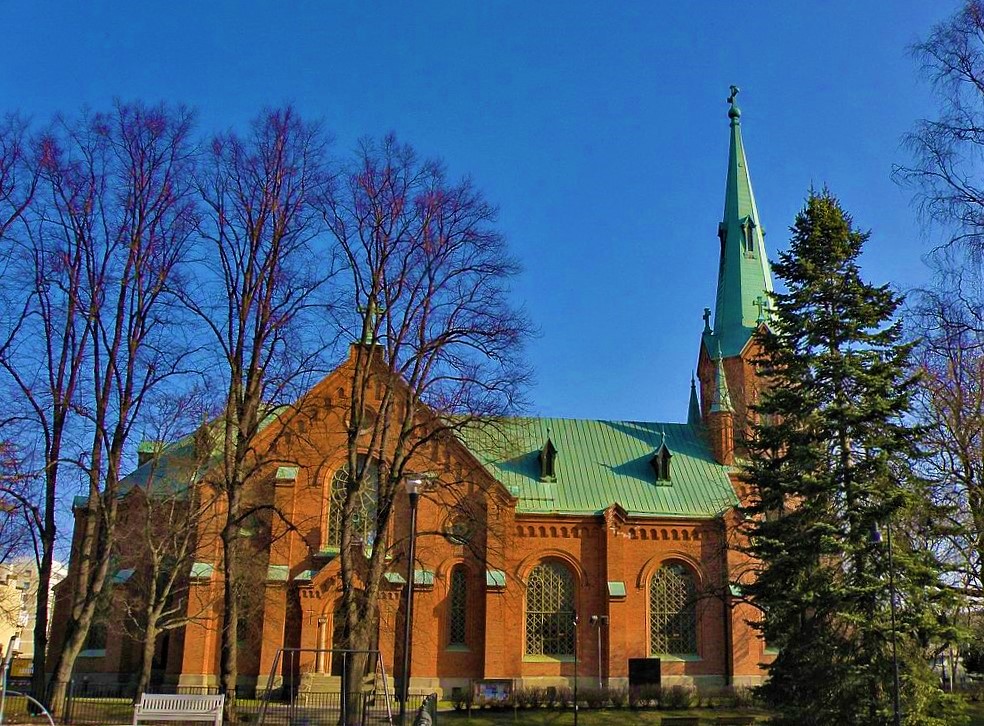 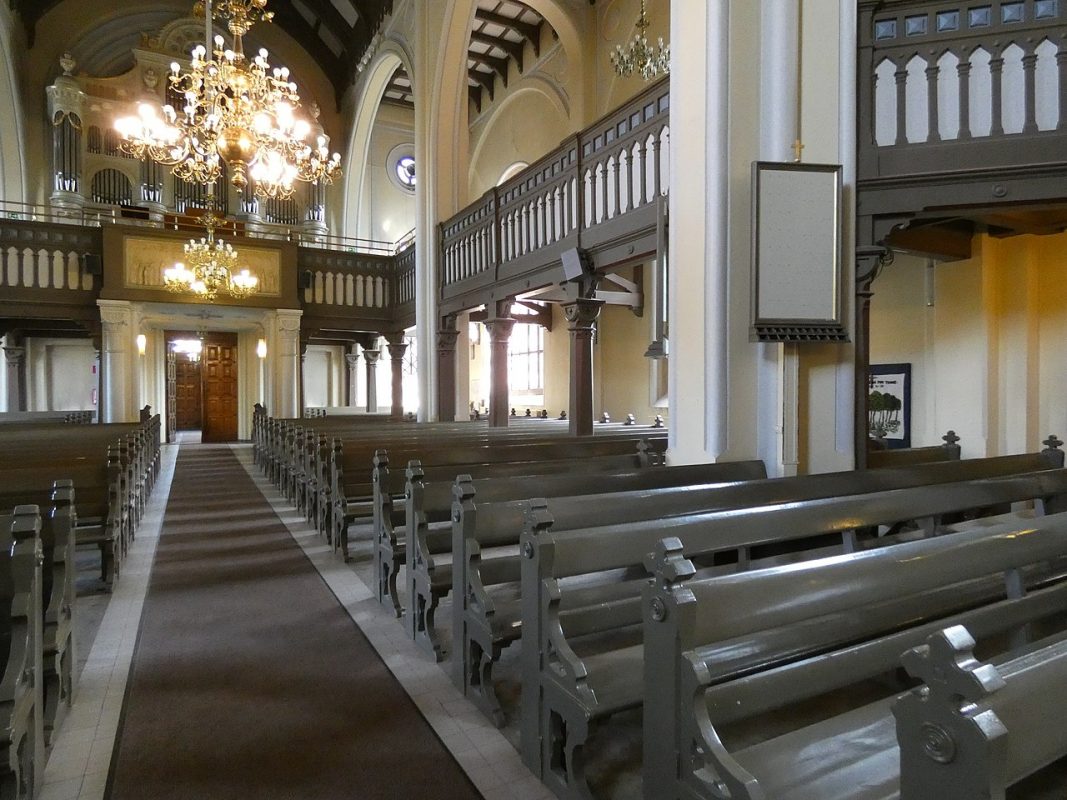 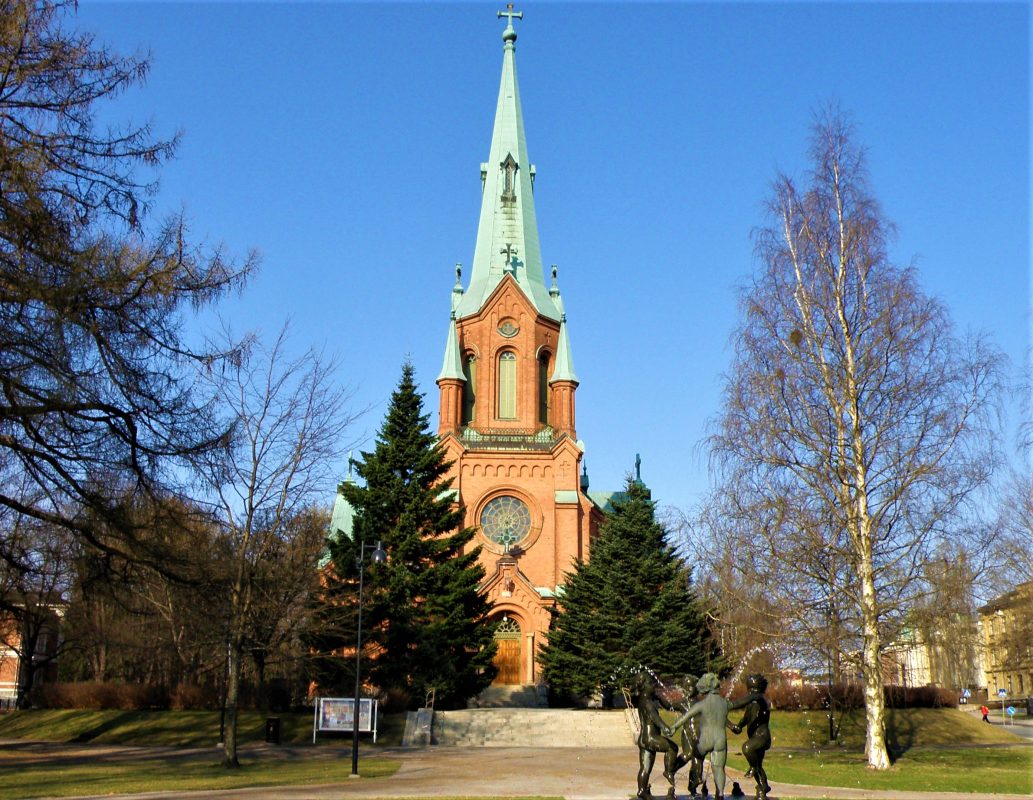 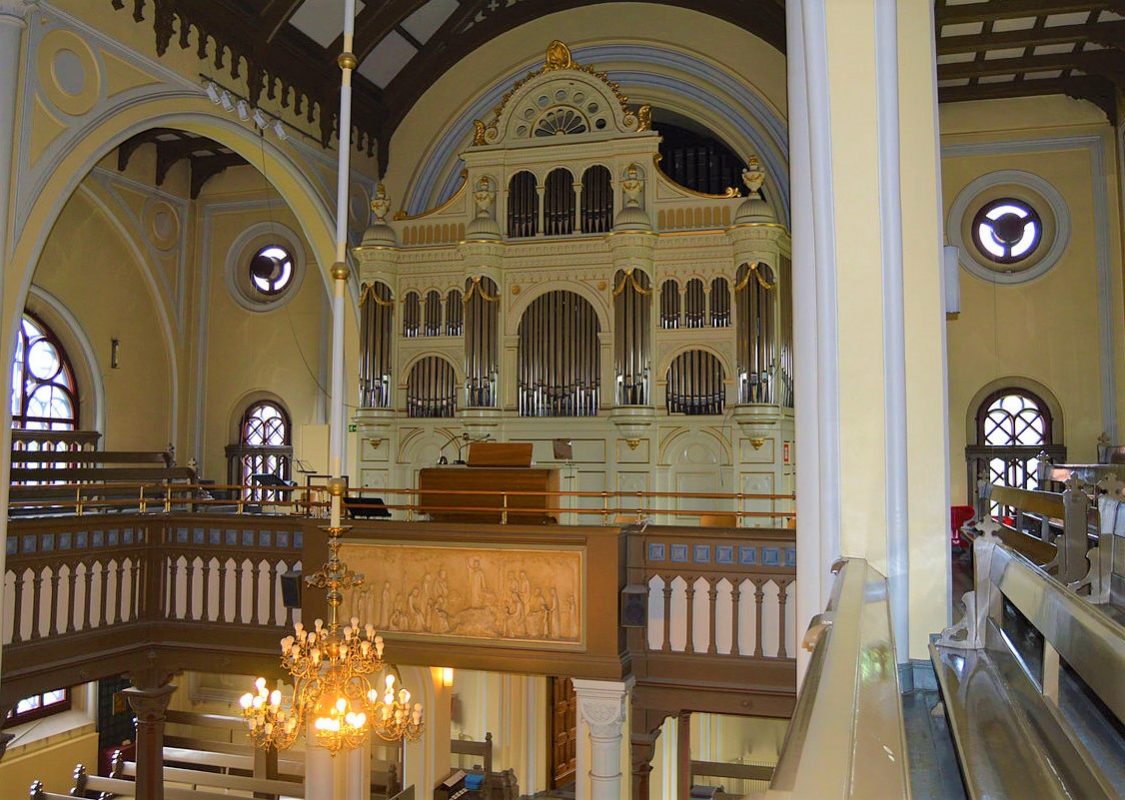 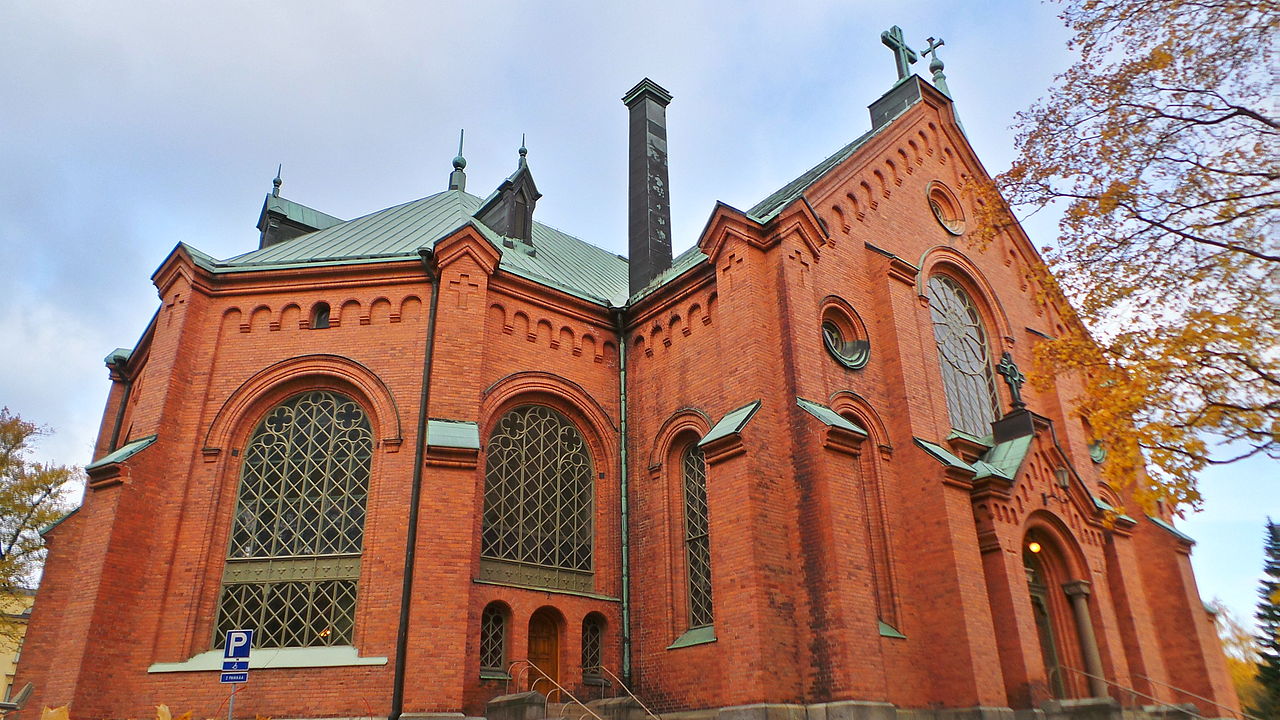 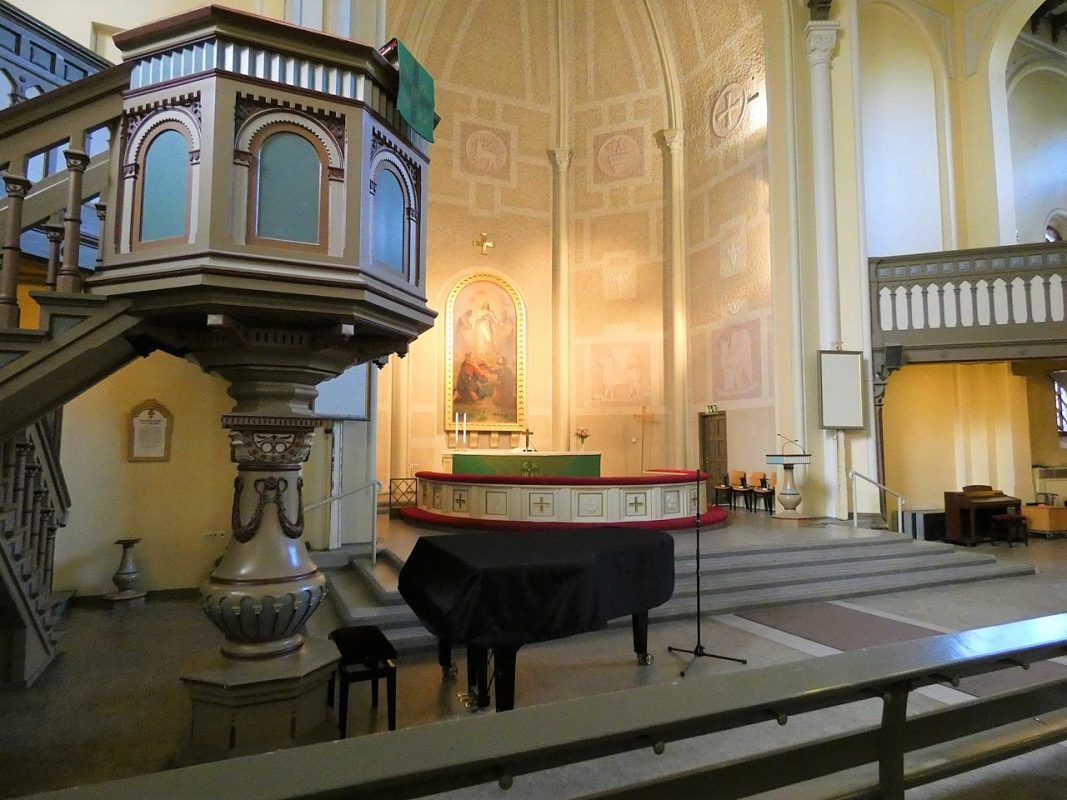 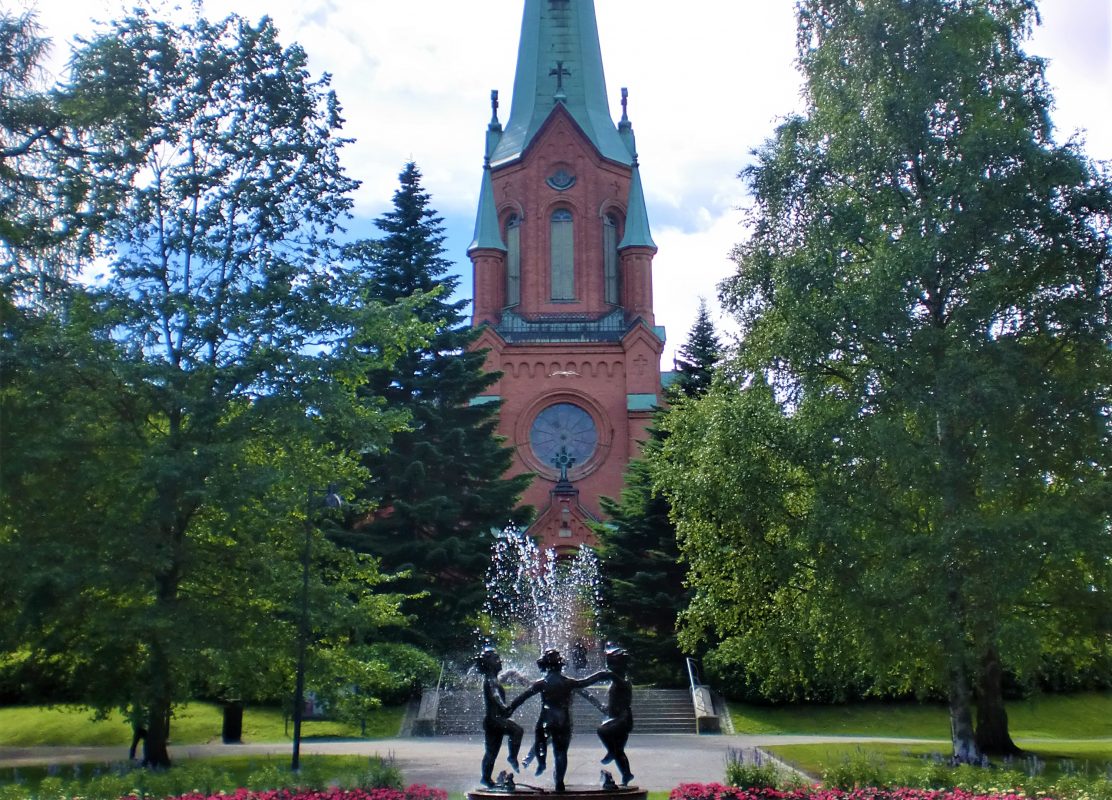 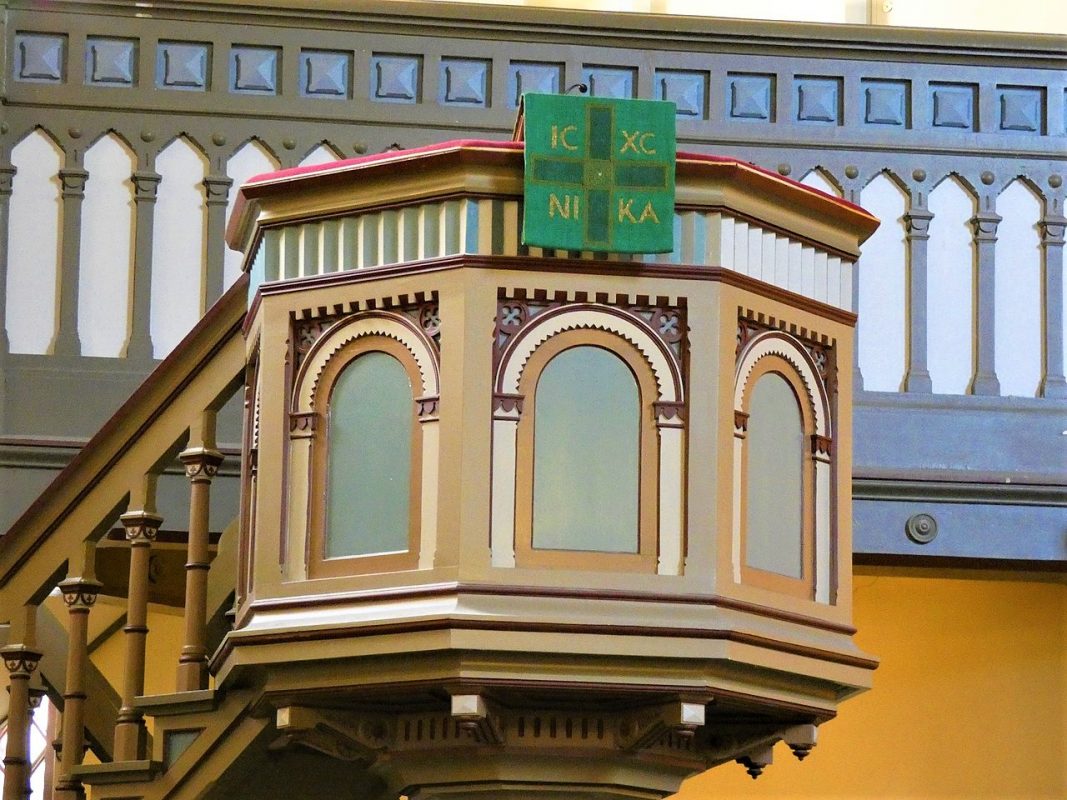 Alexander Church, built by Theodor Decker in 1880-1881, is one of the more beautiful churches in Tampere, and a fine example of the Neo-Gothic style, although there are also some elements of other architectural styles. During reconstruction in 1937 the church was badly damaged by fire, and in 1980 it underwent another major renovation. The magnificent altarpiece, “The Glorification of the Saviour”, is by Aleksandra Saltin, the motifs on the chancel walls are by Antti Salmenlinnan, the crucifix is by Ipi and Pekka Pyhältö, and the textiles throughout the church were designed by Anja Savolainen.