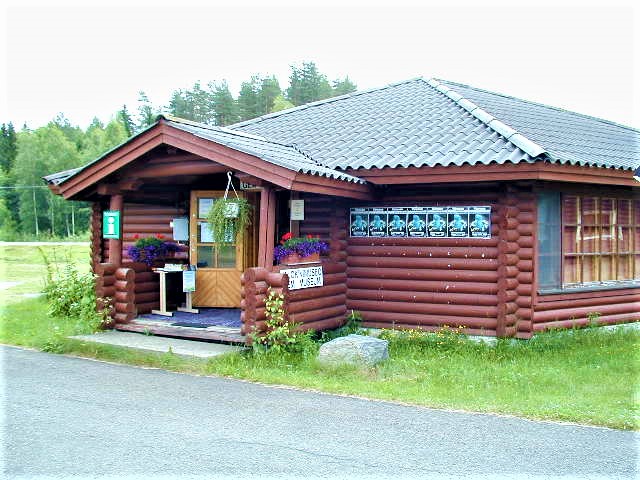 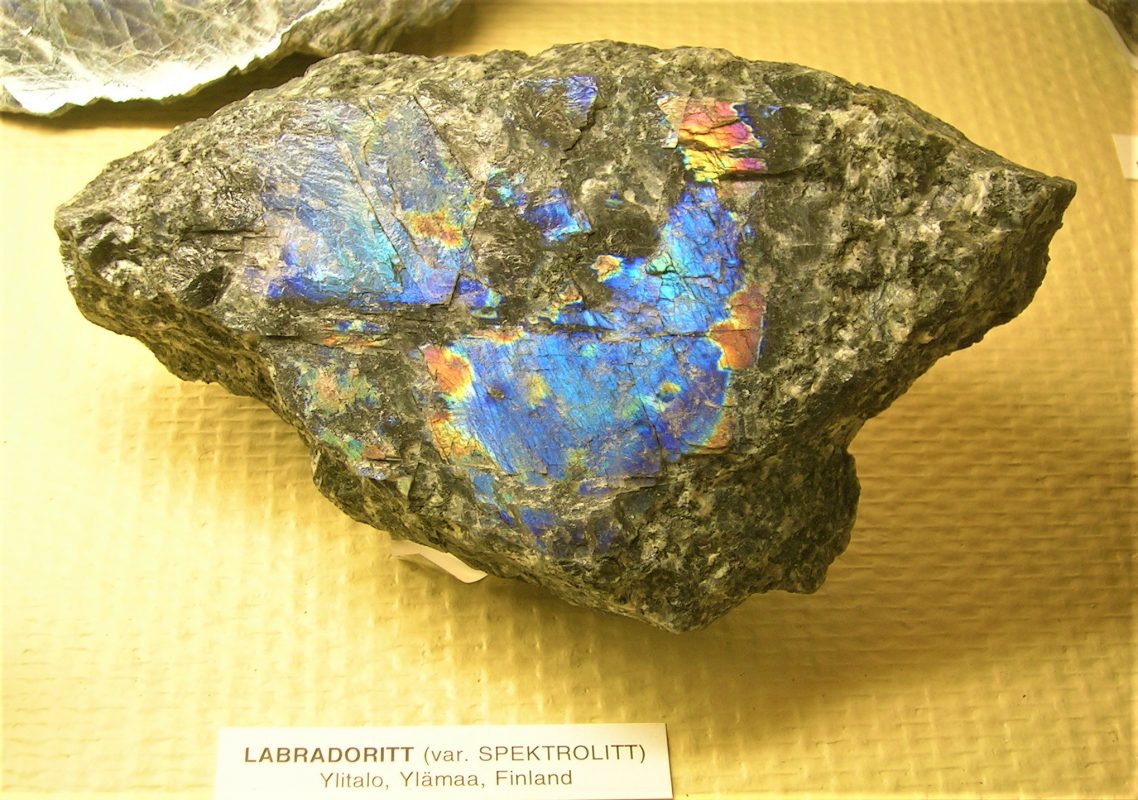 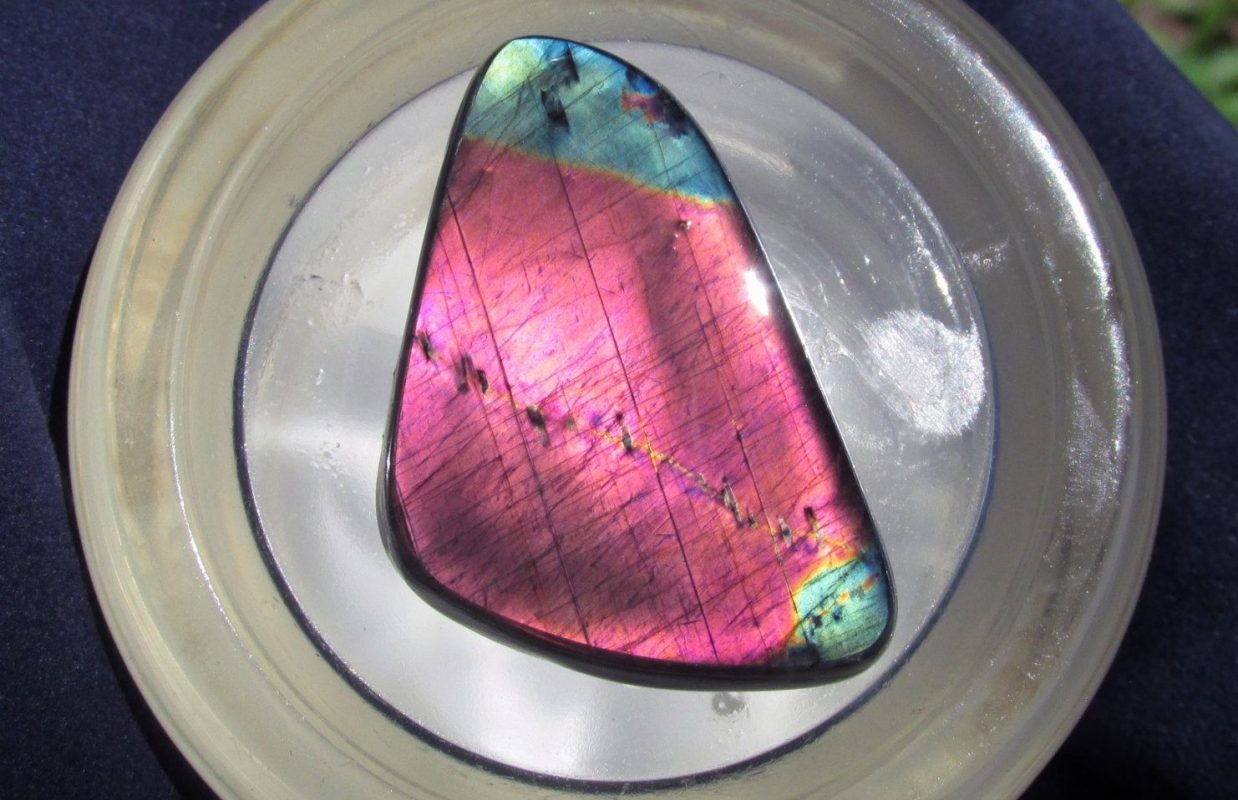 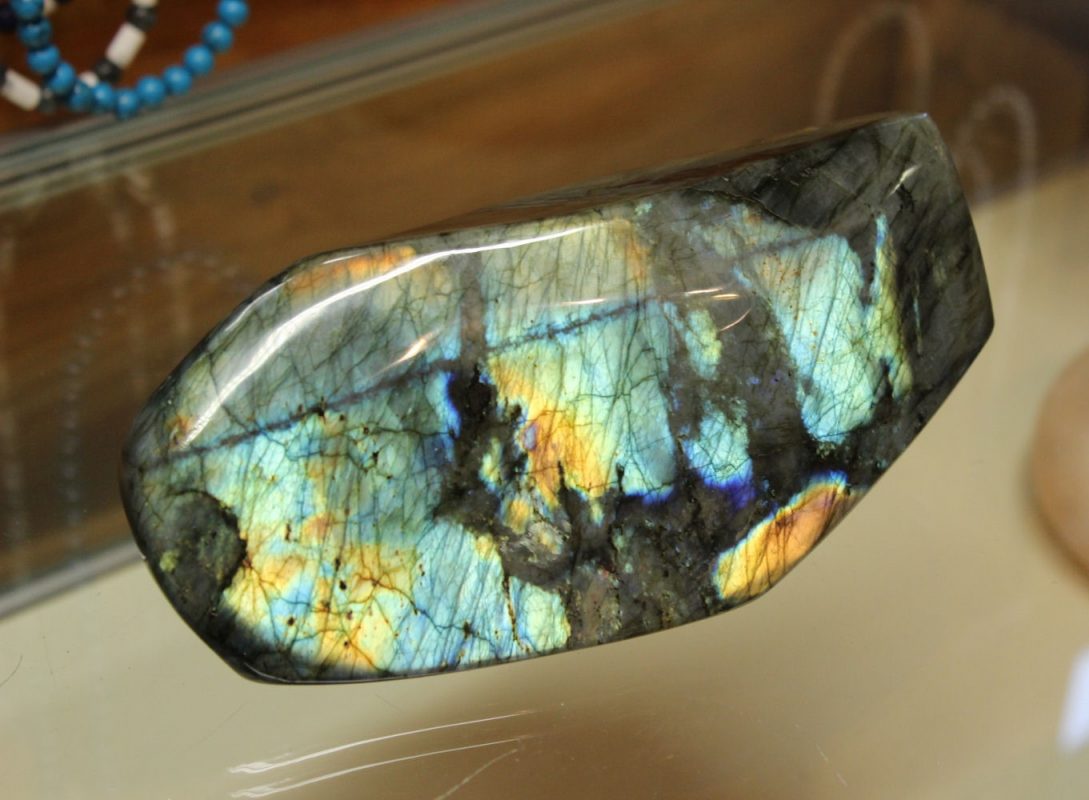 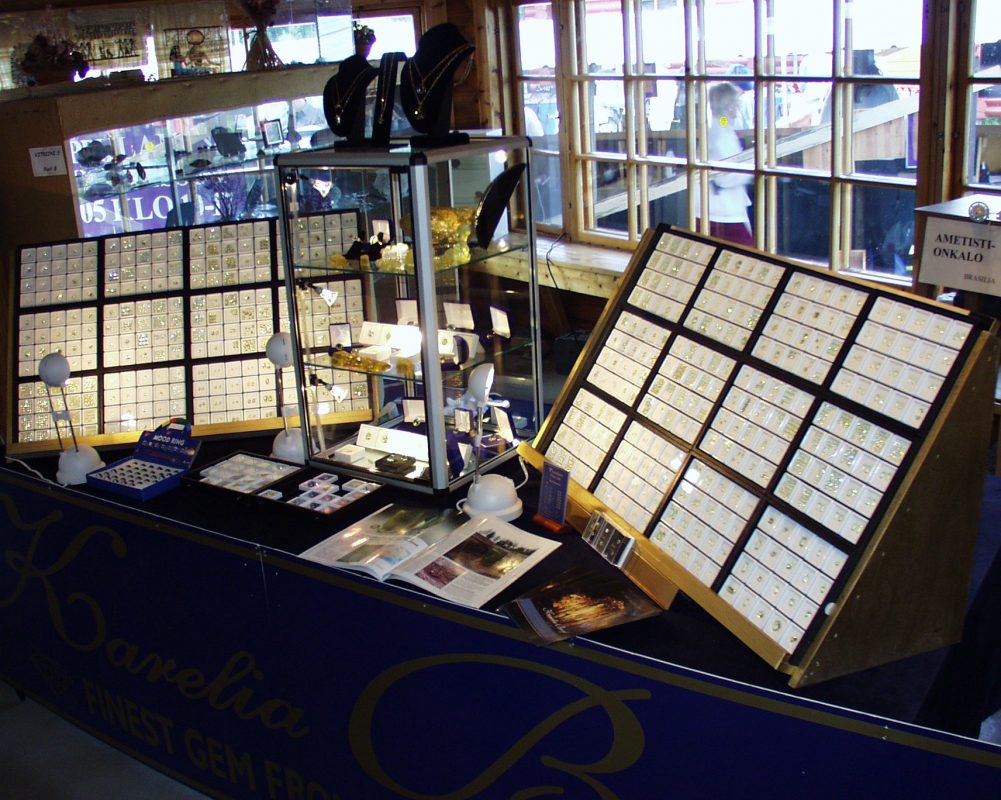 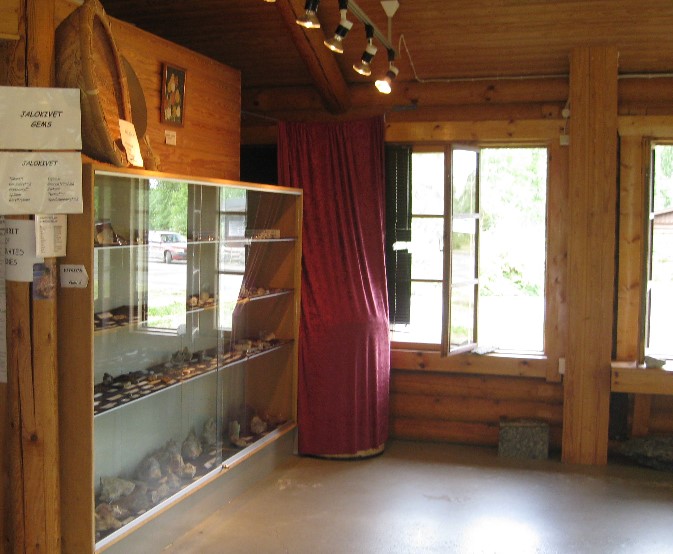 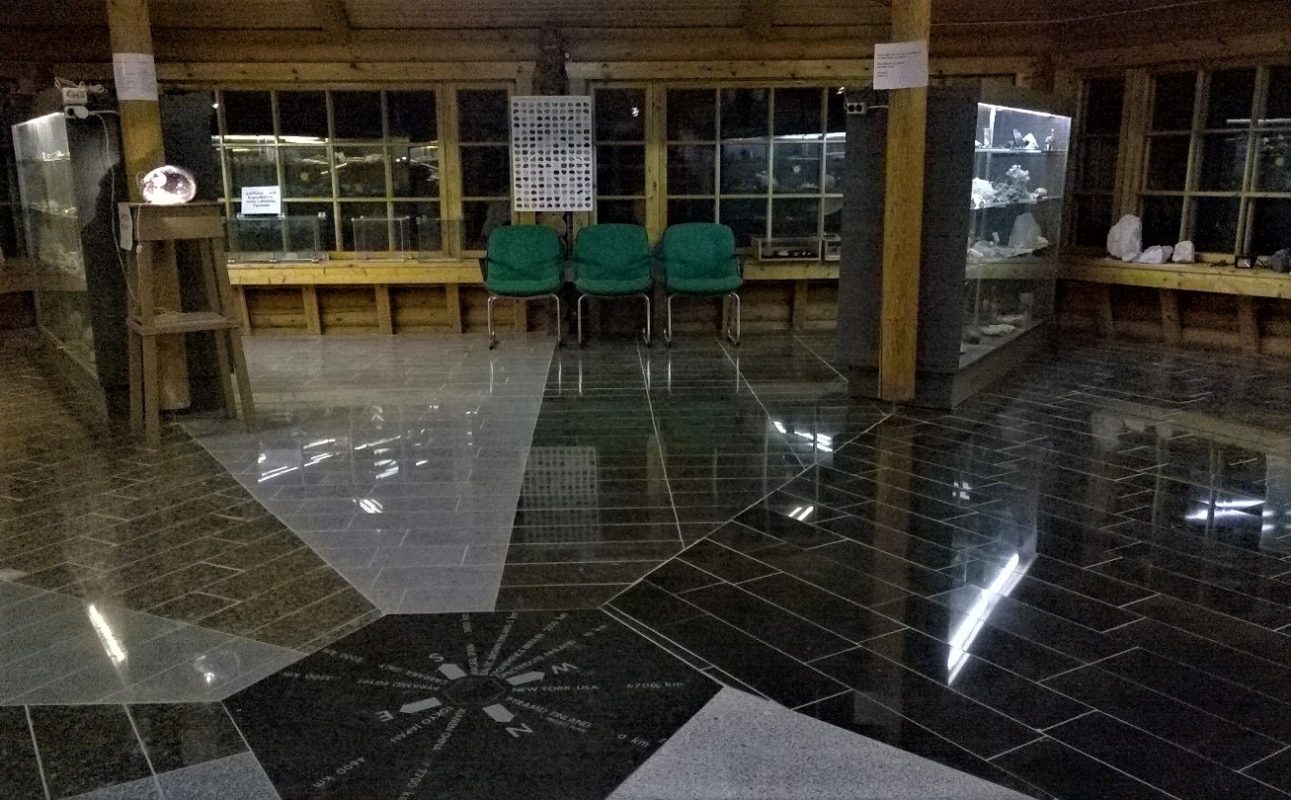 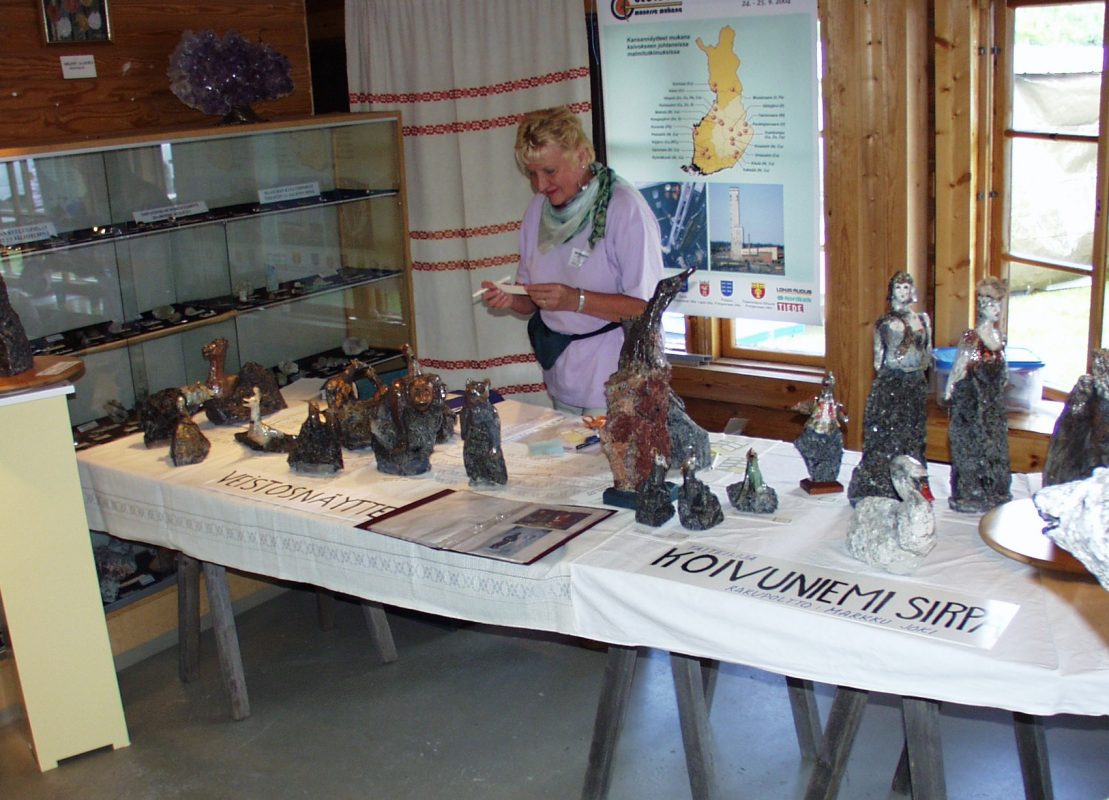 Ylämaa Gem Museum was founded in the year 1982. The museum is the first gem museum in Finland that is open for public. Over 250 000 visitors have visited in Ylämaa gem museum to this point.

The Ylämaa Gem Museum exhibition presents over four thousand gems, minerals, and fossils from all over the world. The specialties of the museum are genuine fossils of dinosaur and mammoth, and different types of meteorite.

Among other things you will see a replica collection of the world’s most famous diamonds, desert roses, ocean jaspers, a quarter-ton rose quartz from Madagascar, various mineral ores, and 4000 other exciting specimens. Prehistoric fossils, corals and meteorites are also fascinating.

You will learn a lot about the most beautiful labradorite of the world, spectrolite, found only in Ylämaa, some kilometers from Gem Museum. At the museum you will also be presented fluorescent minerals radiating in magnificent bright colours, an experience to remember.