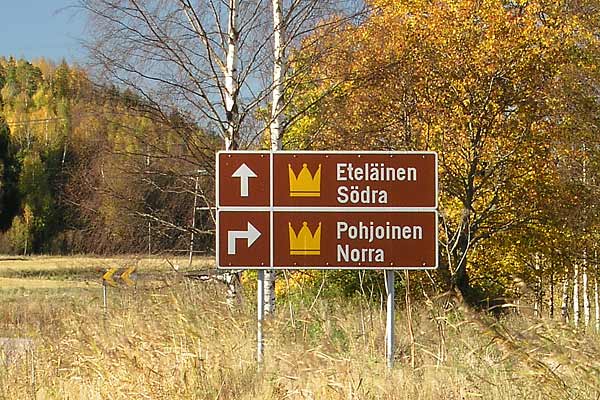 The King’s Road was the most important tourist route in the Nordic countries,and it follows the ancient mail road. This medieval route was travelled by the Crown couriers from west to east and from east to west along the ancient path taken by the Vikings to the east. The royal messengers and mail coaches rode at full speed, bearing the news from Stockholm to Turku and St. Petersburg. The road also linked the mighty Turku and Viipuri castles. Parts of the original road are still in use.

The King’s Road enters Vantaa via Espoo and continues from Vantaa to Sipoo. In Vantaa it still more or less follows the original route and is a notable element of the cultural landscape. At Vantaankoski the River Vantaanjoki is crossed by a wooden bridge built in 1876, and at Hakkila the River Keravanjoki is spanned by a stone bridge dating from the 1890s.