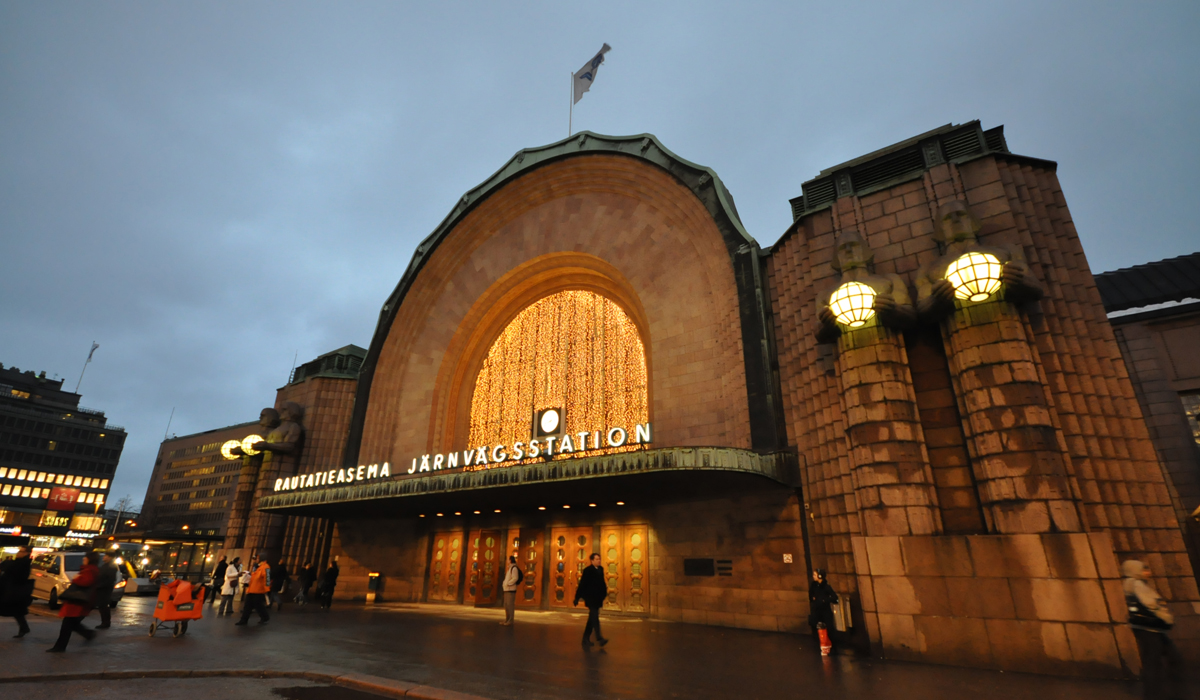 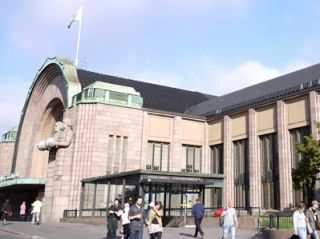 Helsinki Central railway station is a widely recognised landmark in central Helsinki, Finland, and the focal point of public transport in the Greater Helsinki area. The station is used by approximately 200,000 passengers per day, making it Finland’s most-visited building. It serves as the point of origin for all trains in the local VR commuter rail network, as well as for a large proportion of long-distance trains in Finland. The station also hosts the Rautatientori metro station, which is the busiest station of the Helsinki Metro.

The first railway station in Helsinki was built in 1860, as Finland’s first railway between Helsinki and Hämeenlinna was opened. The station’s plans were drawn by the Swedish architect Carl Albert Edelfelt. However, as the popularity of railways grew, the station turned out to be too small, and a contest was organised in 1904 with the intention of producing plans for a new station. The contest received 21 entries, and was won by Eliel Saarinen, with a pure national romanticist design, which sparked off a vigorous debate about the architecture of major public buildings, with demands for a modern, rational style. Saarinen himself abandoned romanticism altogether and re-designed the station completely. The new design was finished in 1909 and the station was opened in 1919.