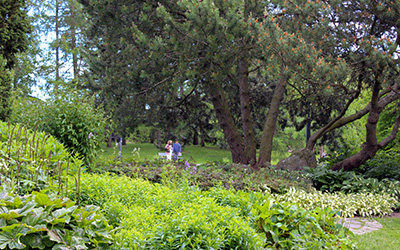 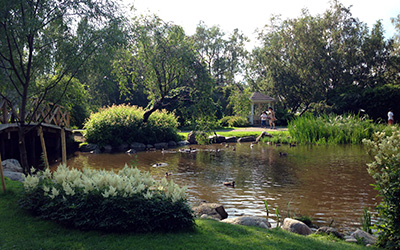 Hatanpää Arboretum comprises three parks. The Hatanpää Mansion and Villa Idman are surrounded by an old mansion park, the name of which is Hatanpäänpuisto – Kartano (Hatanpää Park – Mansion). The actual arboretum was created in the 1970’s and is called Hatanpäänpuisto – Arboretum (Hatanpää Park – Arboretum). In the southern end of this park starts the area of Vihilahdenpuisto (Vihilahti Park), which retains its natural state.

The construction of the arboretum started in 1971. The whole arboretum, except Pajaniemi, was constructed on filled land. The planting started in 1973. The Latin and Finnish name of each plant is written on the label attached to the plant. In addition, there are information boards in the park displaying the names and locations of plants.