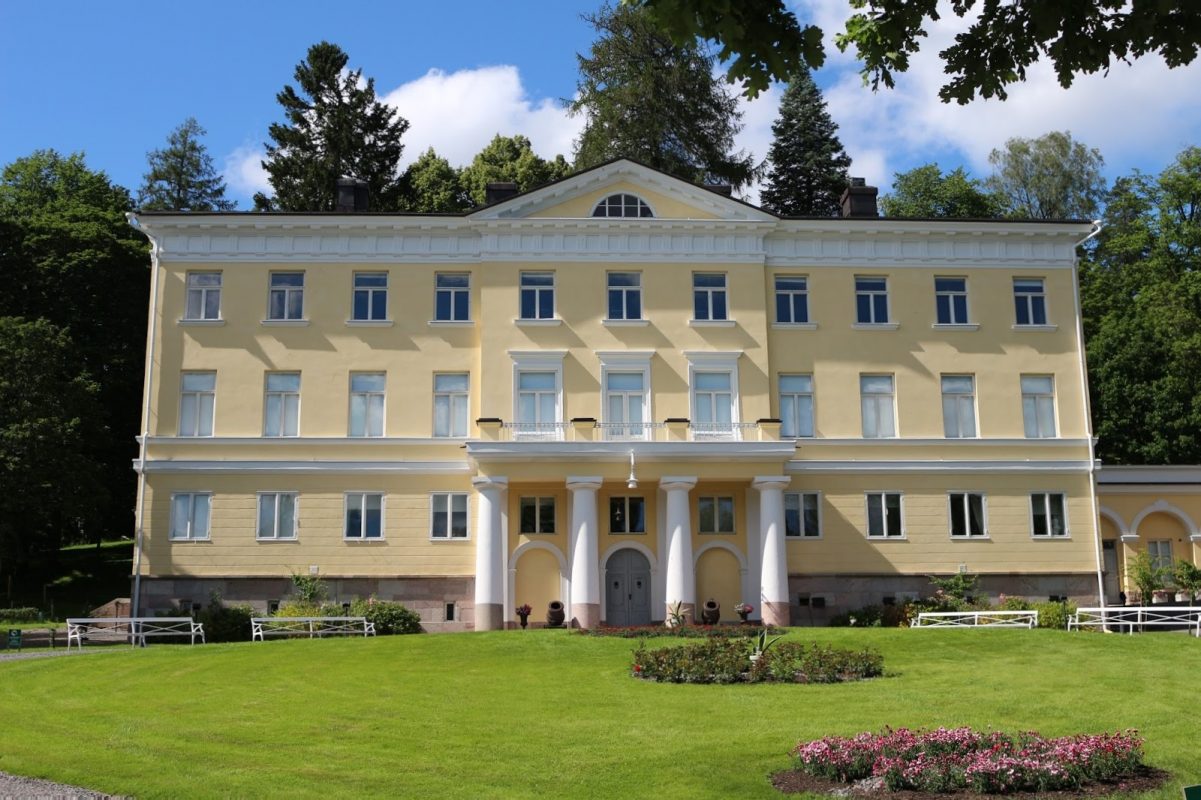 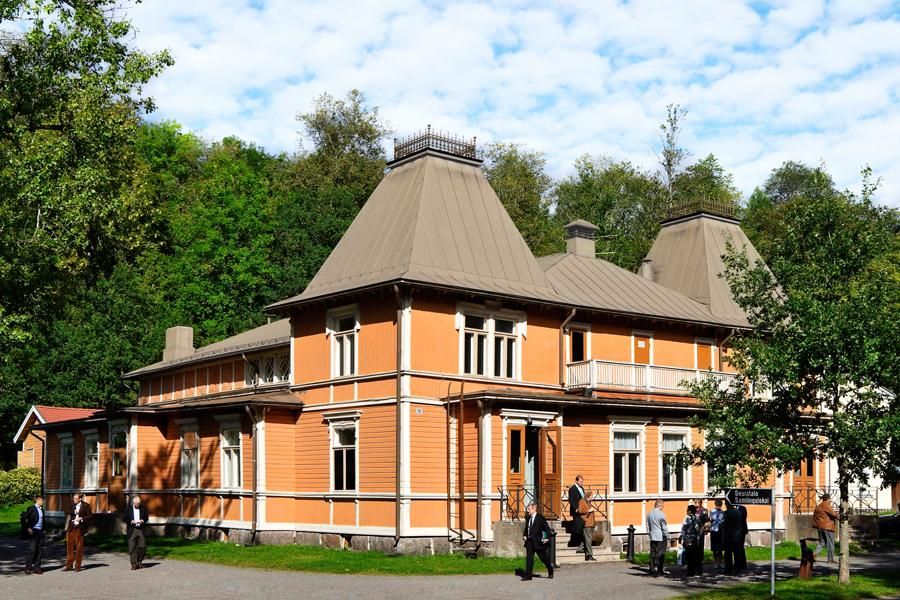 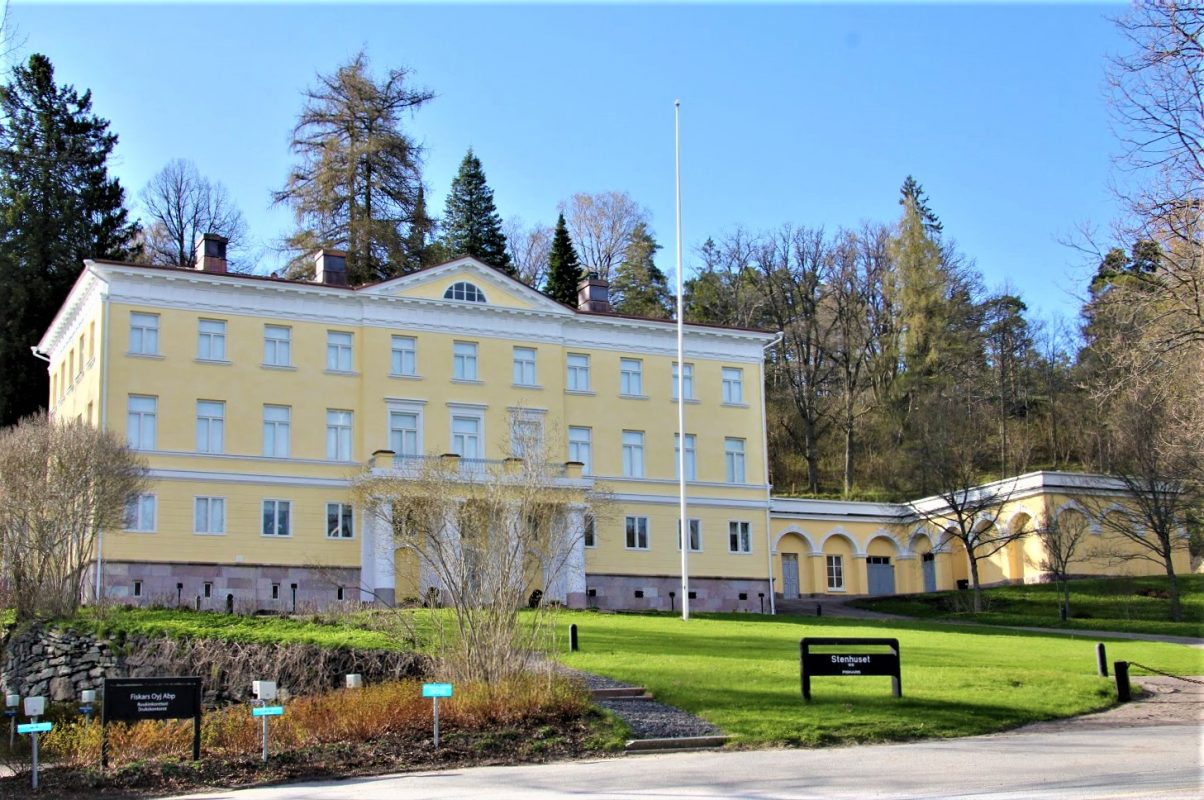 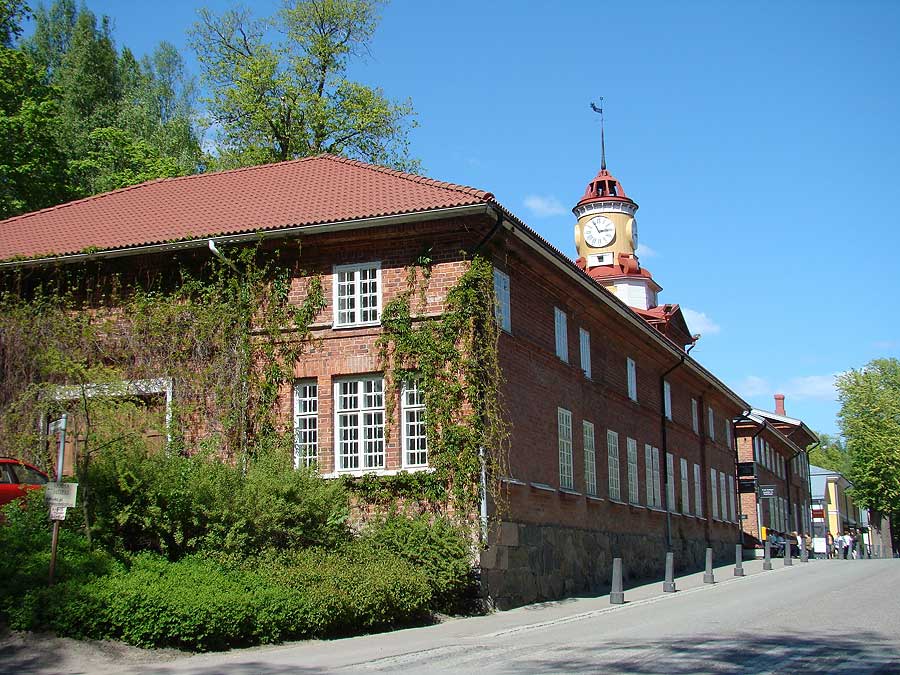 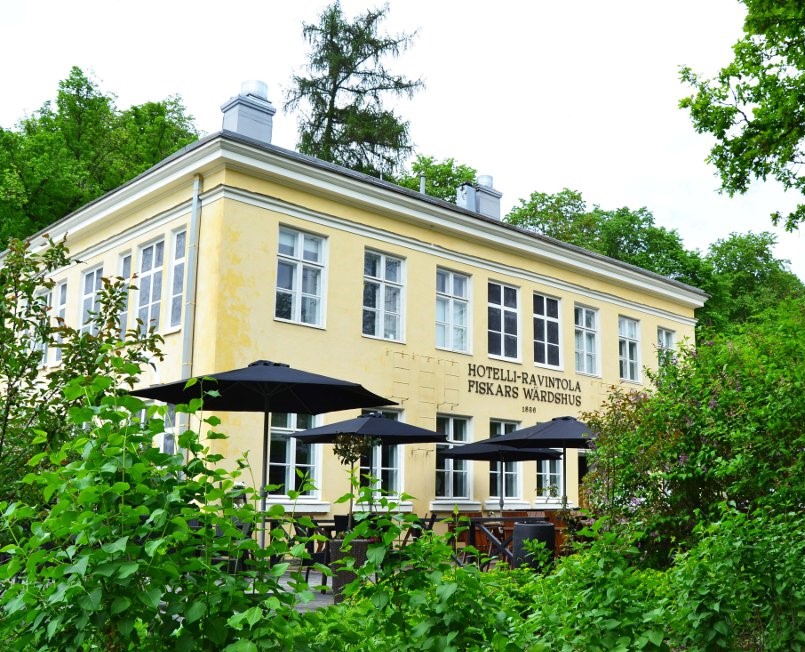 The Fiskars Manor House is the main building of the Fiskars Ironworks. Built in 1816-1822, it originally provided both living quarters for the owner and an administrative center for the ironworks village. The first plans for the Neo-Classical building were drawn up by Pehr Granstedt, whose drawings were completed with additions by both Charles Bassi and C.L. Engel. The drawings showed the building with two wings, which were designed by Engel but never built. Today, the Manor House is used by Fiskars Corporation for entertaining. The clock tower was built in 1849, and it is a symbol of Fiskars Village.