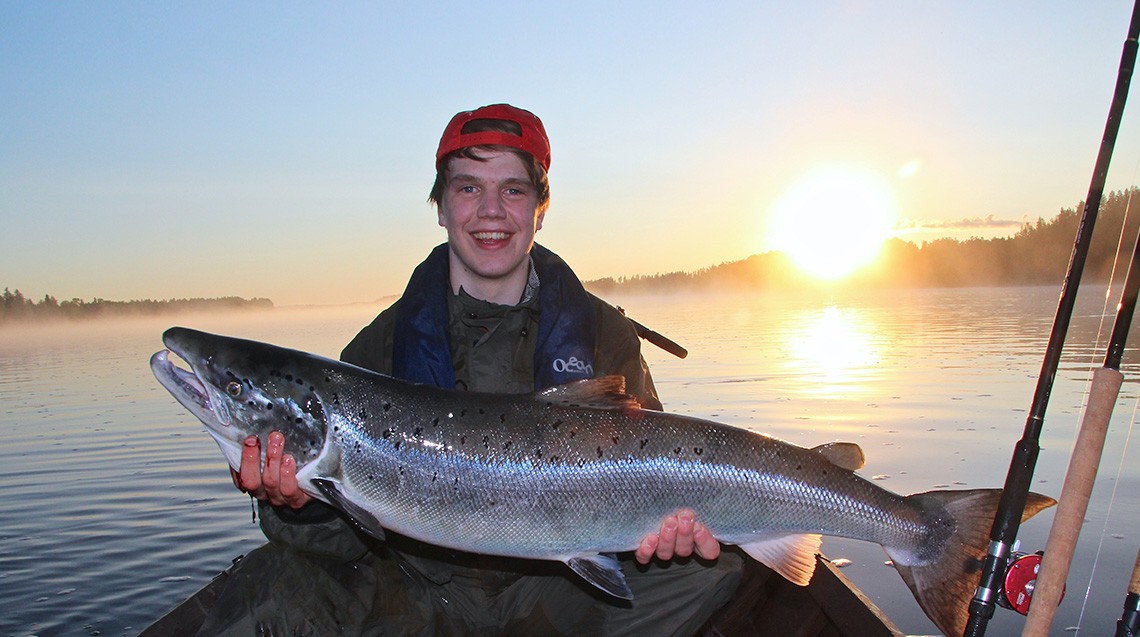 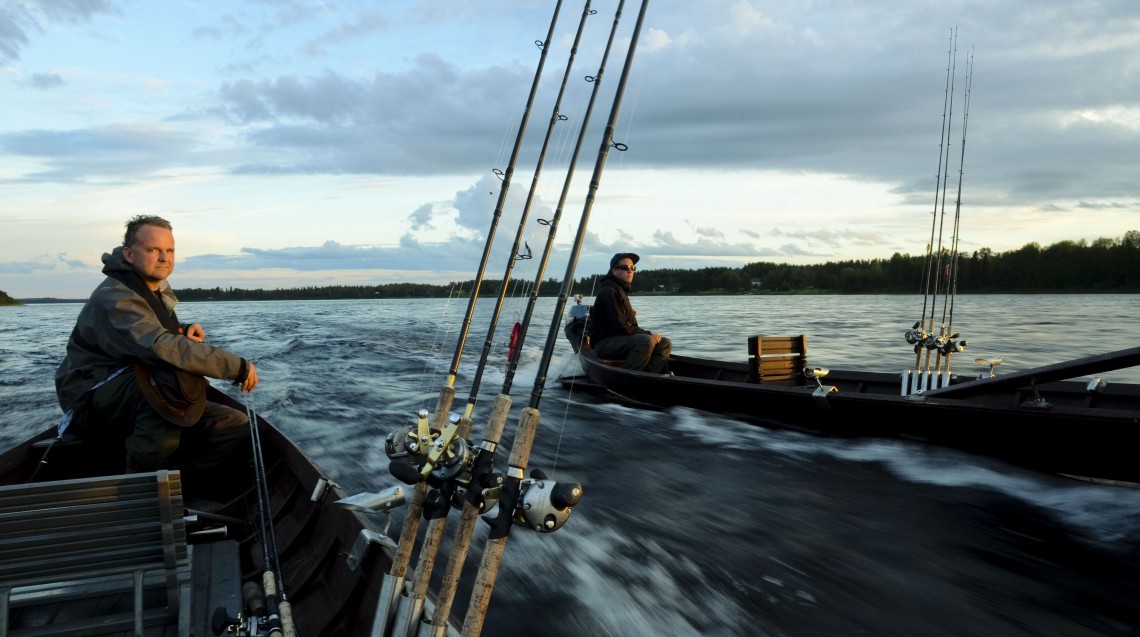 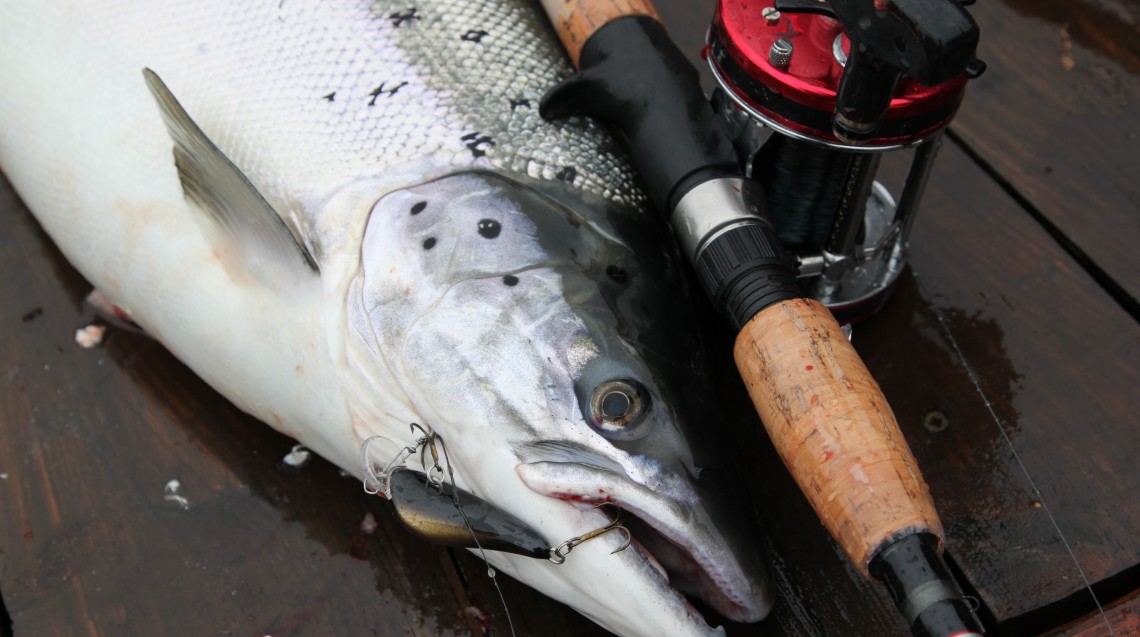 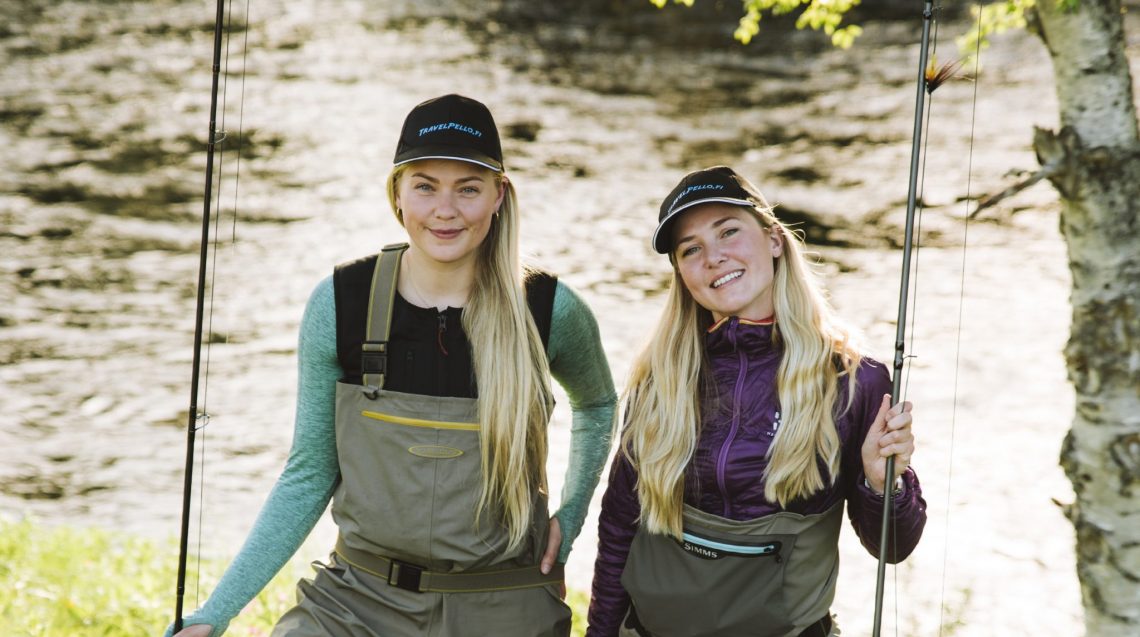 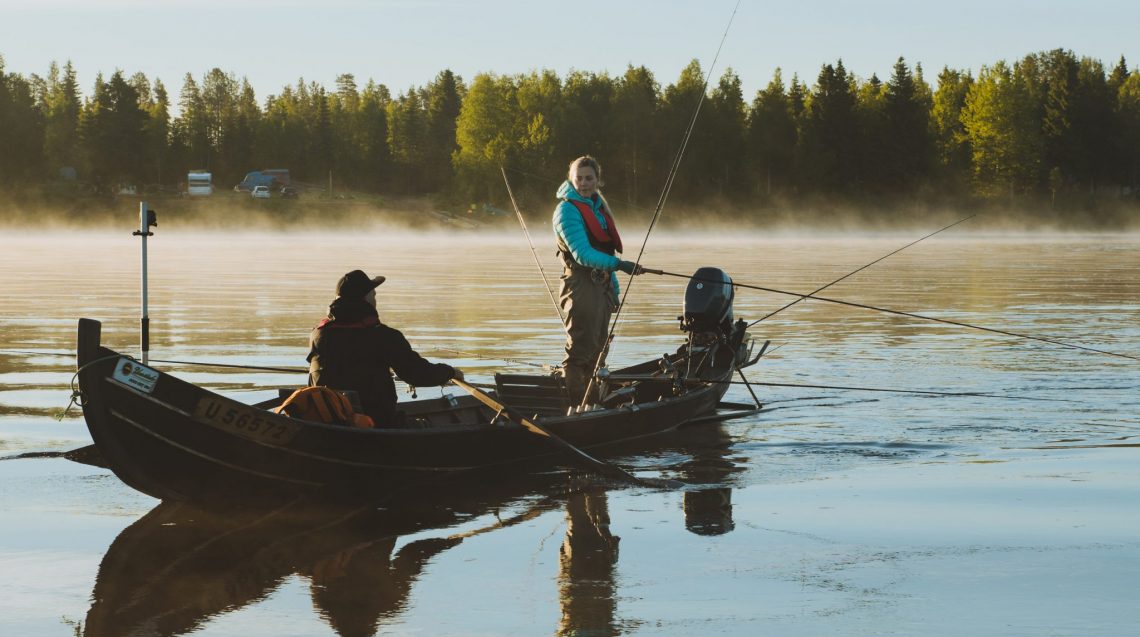 Situated some 120km due north of Tornio and 30km above the Arctic Circle, the Lapland village of Pello lies on the bank of the Tornio River, Europe’s longest freely flowing river. Here in western Lapland, visitors can enjoy summer’s Midnight Sun, the vibrant colours of autumn, winter’s blue moments and polar night, or the shining snowscapes of spring. Surrounded by pristine nature, Pello provides excellent opportunities to enjoy outdoors activities and adventures in an area of outstanding beauty.

Historically popular with Scandinavian and Nordic fishermen, since the turn of the century Pello has grown to become one of the leading salmon fishing destinations in North Europe. Although the village looks incredibly remote on the map, it boasts excellent connections, and is easy to reach from Rovaniemi, the capital of Finnish Lapland, which is a little over 100km to the southeast.

As spring thaws the Tornio River and summer arrives, so too do tens of thousands of salmon, on their epic migration to spawn, which in turn attracts sports fishermen from around the world. Over half of those who buy a license are rewarded with at least one salmon. Indeed, the popularity of Pello as a salmon fishing destination has seen this fish become the emblem of the town. For locals, fishing for salmon is traditionally done with a rowboat, trolling with lures, while many visitors prefer to fish from the banks of the river using flies. And of course thanks to its location above the Arctic Circle, fishing under the Midnight Sun is possible for over two months of the year!

The Tornio River isn’t the only fishing attraction in the region – the numerous lakes of the Pello municipal area provide a fine alternative to the delights of river fishing.

Lake Miekojärvi to the south attracts sports fishers keen to catch the many game fish that abound in its waters, most especially zander, known as walleye to Americans and called pike-perch by Finns. Miekojärvi’s clean waters are also home to vendace, the most abundant of the game species, as well as pike, perch, burbot, ide and bream, with trolling and jigging being the most popular forms of fishing here.

In addition to these, there are also plenty of salmonids in Miekojärvi, such as trout, grayling, whitefish, and smelt. The principle method for catching vendace and smelt is seine fishing, which has increased in popularity in recent years, particularly with tourists less familiar with fishing. In all, Miekojärvi is home to almost 20 species of fish, but only a single permit is required to fish here. Local company Lapland Wild Fish organises guided fishing trips and safaris from Pello to Miekojärvi.

More to Pello than Fishing

As one would expect of a small village in Finnish Lapland, Pello is surrounded by spectacular natural beauty, ideal for exploring by hiking, with the famous Pieskänjupukka Scenic Trail being particularly popular.

By November winter has arrived, covering the region in snow, and turning it into a true winter wonderland. Once the lakes have safely frozen over, fishermen will wrap up warm, grab their awl and stool, and head out onto the frozen lake to cut a hole and relax while ice-fishing.

For many the joys of sitting peacefully for hours next to a small hole in the ice are not immediately apparent, luckily there are plenty of other winter activities to enjoy in Pello. The gentle slopes of Ritavaara provide an ideal introduction to skiing for beginners and families, while those who prefer the thrills of speed can pop over the border into Sweden to try the steeper slopes of Svanstein Ski Resort.

The beauty of the arctic wilderness in winter is an attraction in its own right, and can be explored in near silence by snowshoe or cross-country skiing. For those looking for a little more excitement, there’s the chance to explore on a snowmobile safari, or to enjoy the excitement of a team of huskies taking you on a sled ride through the forests. Cold winter days are also the perfect time to visit a reindeer farm, where they gather after returning from their summer grazing, and where you can learn how their herders care for them over the year. For many visitors, one of the most enchanting options is a reindeer sleight ride through the wilds.

Pello is easily accessed from Rovaniemi, the capital of Finnish Lapland, by bus. There are also connections with Oulu and Kemi, and there is a train station in the village, with Kolari to the north being the final stop.