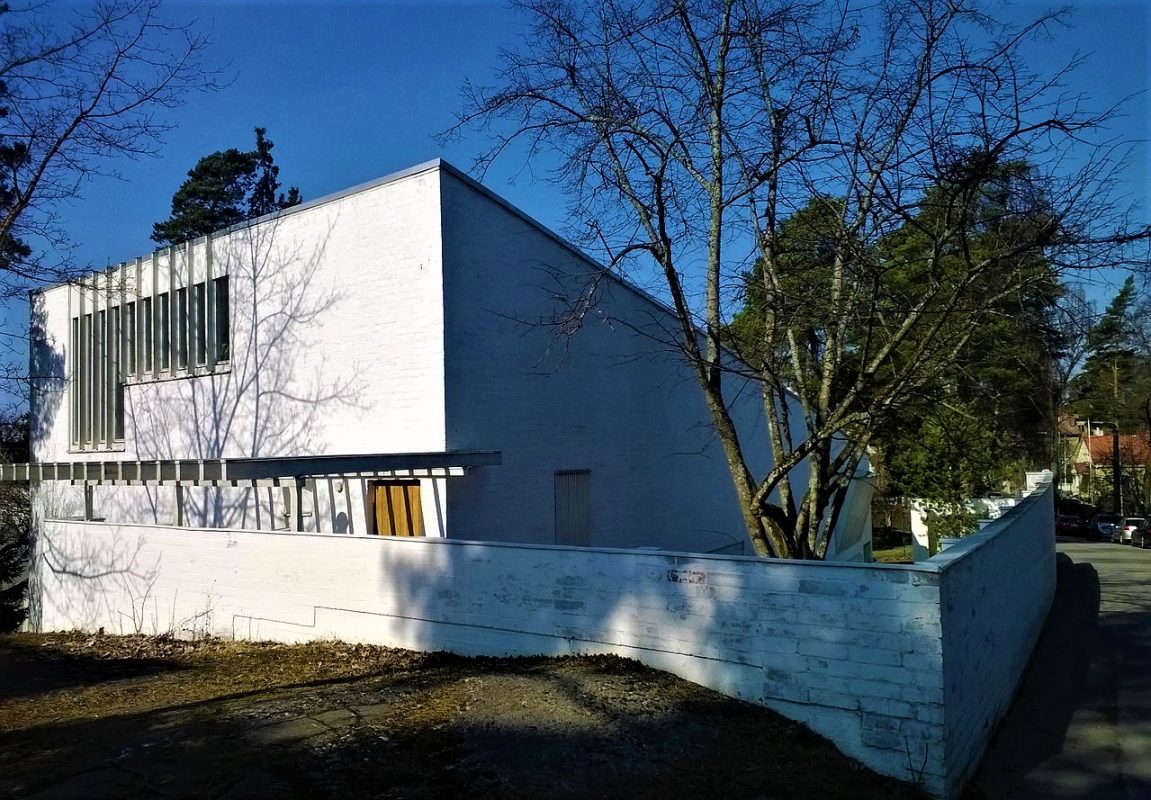 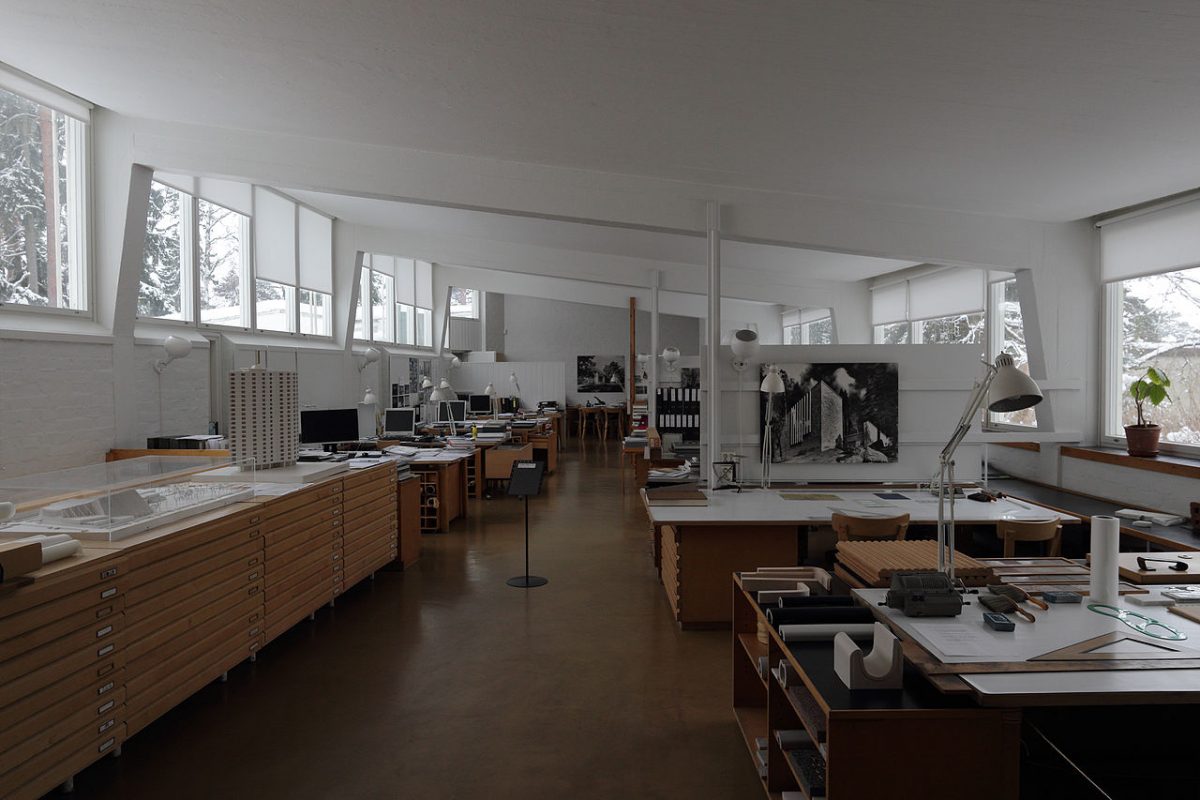 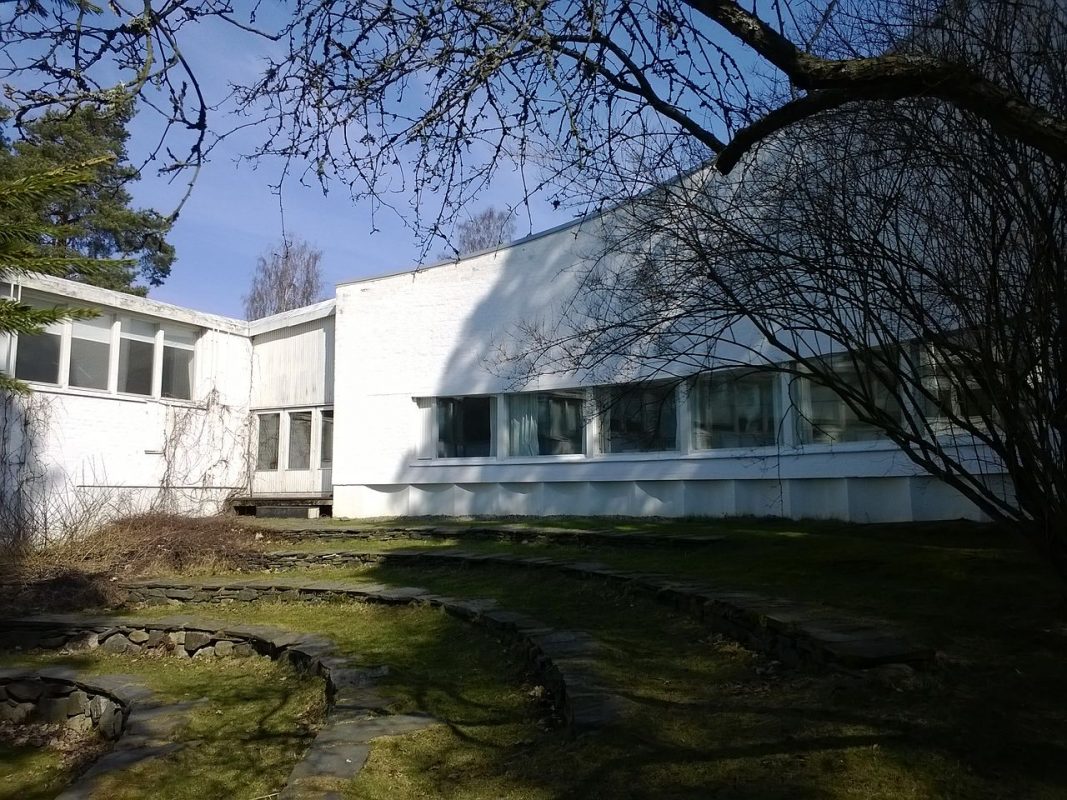 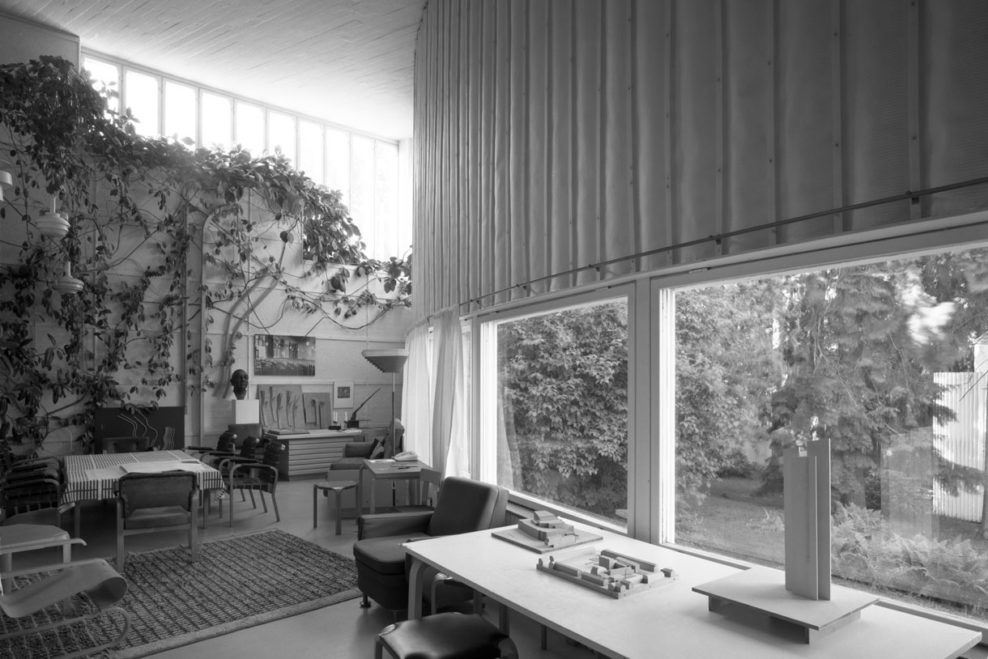 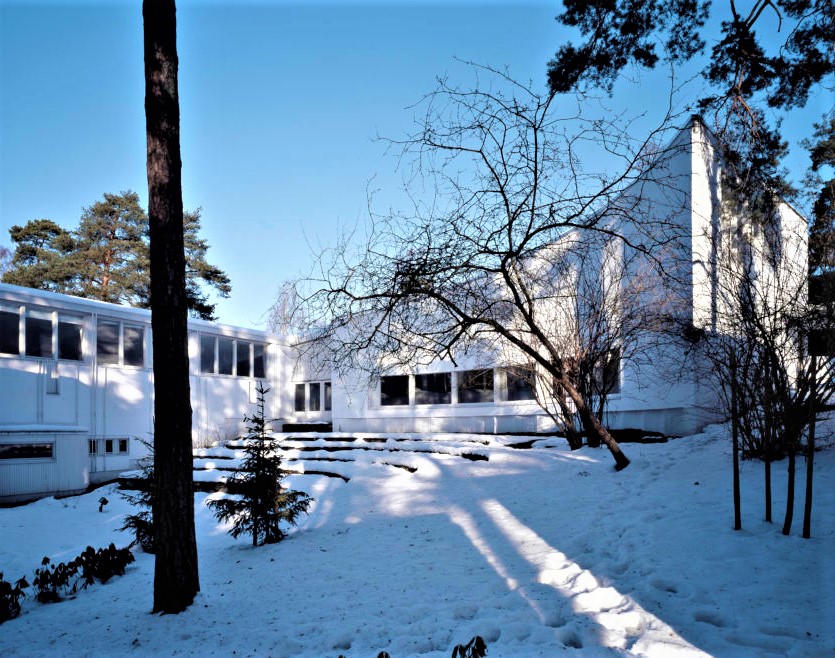 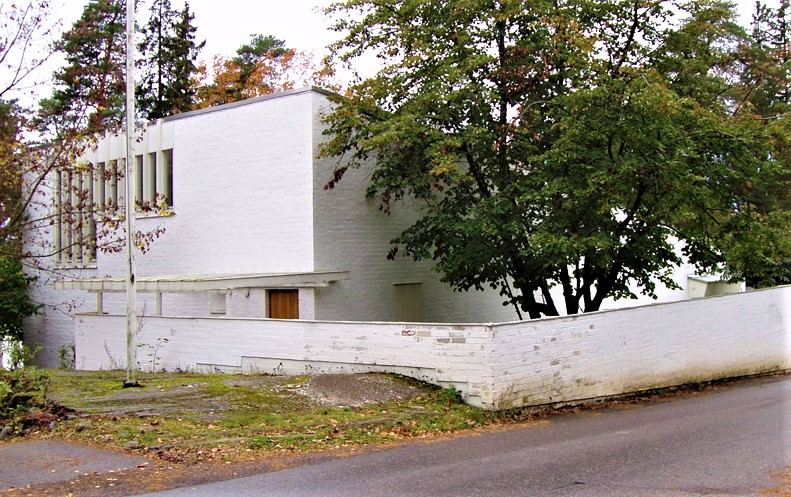 Alvar Aalto designed the building at Tiilimäki 20 in Munkkiniemi as his own office in 1955. The building is only a short walk from Aalto’s own house, where the office had previously been located. Because of a number of large commissions, the office needed more space to work in. Studio Aalto is one of the best of Alvar Aalto’s 1950s buildings.

The white-rendered, wall-like, closed-in mass of the building conceals a garden shaped like an amphitheatre in its inner courtyard where office staff could sit on the slate steps of the amphitheatre, listen to lectures or watch slide shows projected on the white wall.

Studio Aalto is designed to be used as an architect’s office. On the upper floor there is a drawing office on a narrow plan, beautifully encircled by natural light from a band of high-level windows.