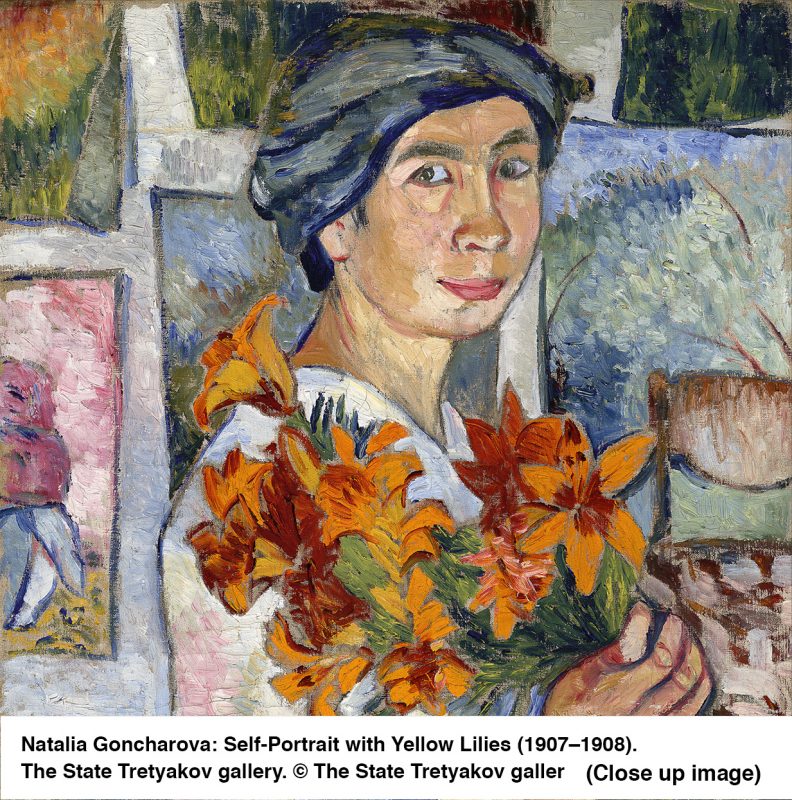 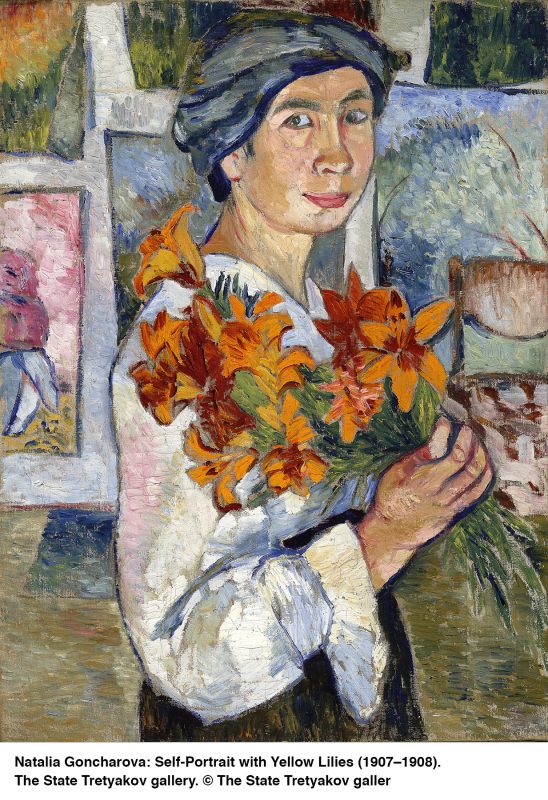 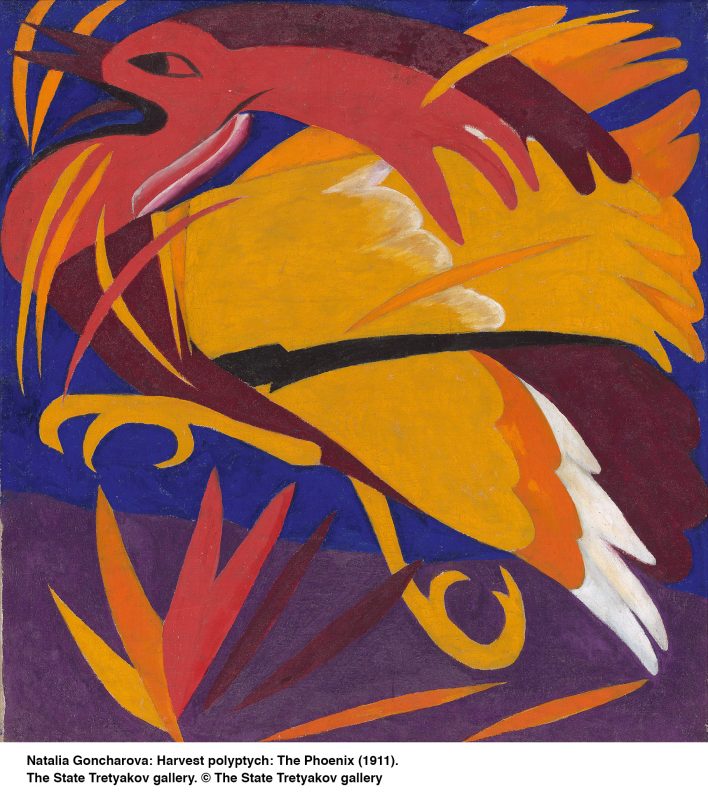 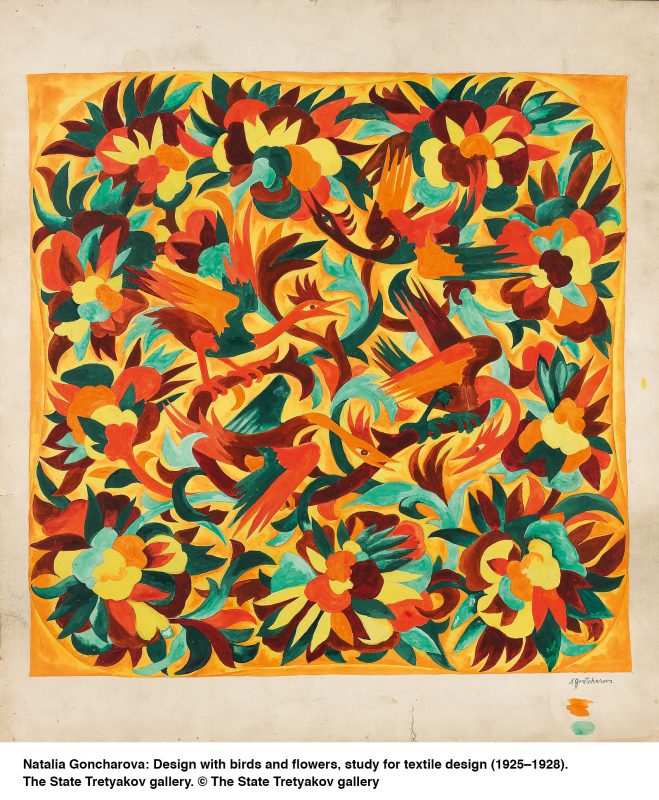 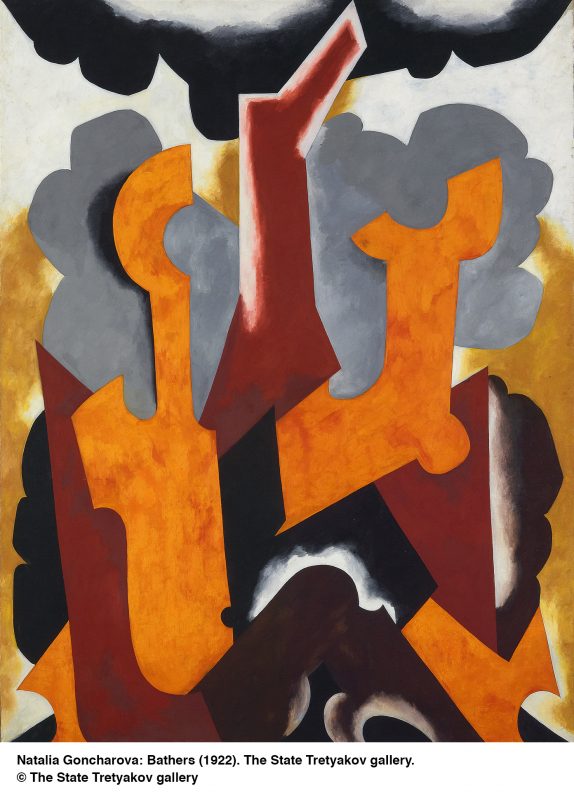 Natalia Goncharova (1881–1962) was known as a central figure in Russian avant-garde art, inspiring experimental artists in both Russia and Western Europe. The exhibition offers a comprehensive overview of the artist’s work from the first four decades of the 20th century. Before coming to the Ateneum, the exhibition will have been displayed at Tate Modern in London, and at the Palazzo Strozzi in Florence.

Natalia Goncharova received recognition early on in her career by staging a huge private exhibition in Moscow in 1913. In 1916, she moved to France and became a key figure in the whirling art world of Paris.

Goncharova’s bold and innovative work was influential among her contemporaries, crossing the boundaries that typically existed between 20th-century art forms. The exhibition focuses on the artist’s most innovative period from the early 1900s to the 1920s, when she inspired experimental artists in both Russia and Western Europe. The exhibition features more than one hundred works, including a large number of paintings, but also illustrations, costumes, sketches of set designs, and recordings of ballet performances. Almost all the works in the exhibition will be seen in Finland for the first time.

The exhibition is organised by the Ateneum Art Museum and Tate Modern in London, in collaboration with Fondazione Palazzo Strozzi in Florence.