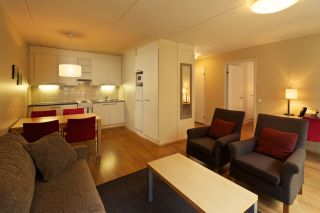 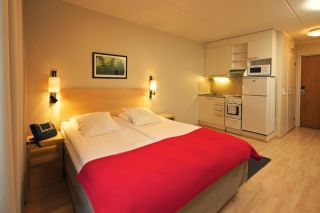 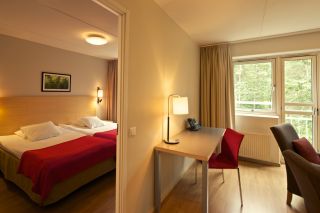 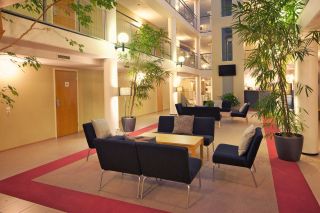 Hellsten Espoo enjoys a central location in Leppävaara, one of Espoo’s five regional centres. Leppävaara is located some 10 kilometres from Helsinki city centre. Nestling in a central point between them, Leppävaara offers excellent connections to all three cities of the Helsinki Metropolitan area, Helsinki, Espoo and Vantaa. The Leppävaara railway station and one of the largest Finnish shopping centres, Sello, are nearby. You can reach Helsinki city centre in 12 minutes by train and Helsinki-Vantaa airport in less than 30 minutes by motorway. The area offers excellent opportunities for leisure activities. There is a stadium, football fields and a swimming hall in the Leppävaara sports park, plus ski tracks during winter. There are also several golf courses, as well as the famous Vermo horse race track. The 100 apartments in Hellsten Espoo were renovated in 2007. All come equipped with desks and wireless broadband connections, well-appointed kitchens, flat-screen TVs and French balconies. Some of the apartments also have a sauna. Guests can use the hotel’s public sauna and laundry facilities free of charge. The hotel also has a conference room, seating up to 20 persons, and a restaurant.